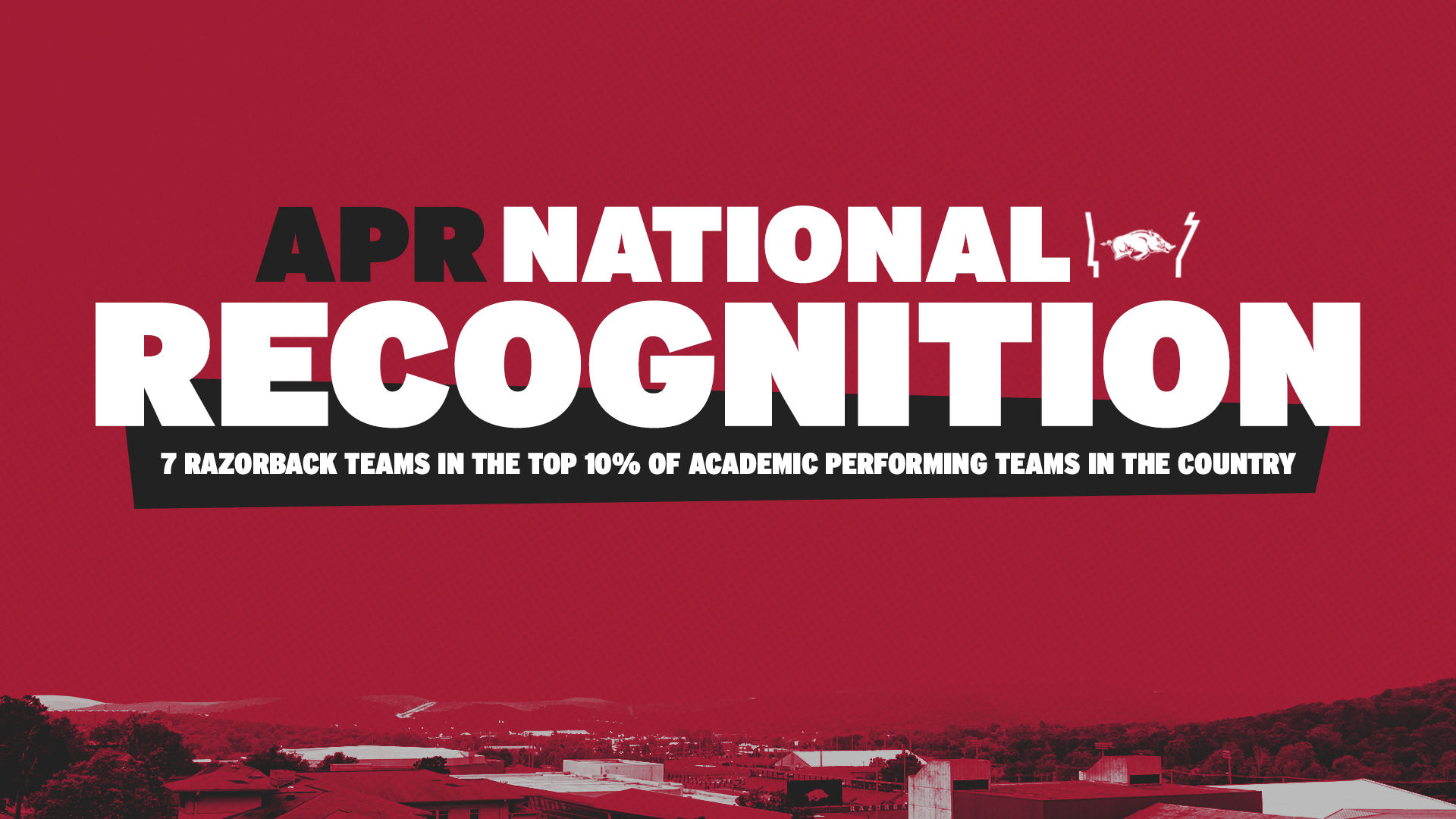 FAYETTEVILLE, Ark. – A school record seven University of Arkansas intercollegiate athletic programs earned public recognition awards for their exemplary academic performance by the NCAA on Tuesday. The Razorbacks’ women’s cross country, women’s golf, gymnastics, softball, women’s swimming and diving, women’s tennis and volleyball teams were honored for their standing among the top 10 percent of academic performing teams in the country in their respective sports in the multi-year Academic Progress Rate (APR) for the 2018-19 academic year.

The programs earned a perfect 1,000 multiyear APR rate based on scores from the 2015-16, 2016-17, 2017-18 and 2018-19 academic years. The seven awards are the most in school history, topping the six programs that were recognized last year in 2017-18. The University of Arkansas has earned a total of 36 awards since the start of the APR Public Recognition program, including 13 such honors in the past two years alone.

“With a school record seven programs, the University of Arkansas is once again well represented among those being honored with APR Public Recognition Awards,” Vice Chancellor and Director of Athletics Hunter Yurachek. “To be recognized among the top 10 percent of academic programs in the nation is a tremendous accomplishment and a credit to our student-athletes, coaches and staff. Congratulations to all those who have contributed to this remarkable accomplishment.” 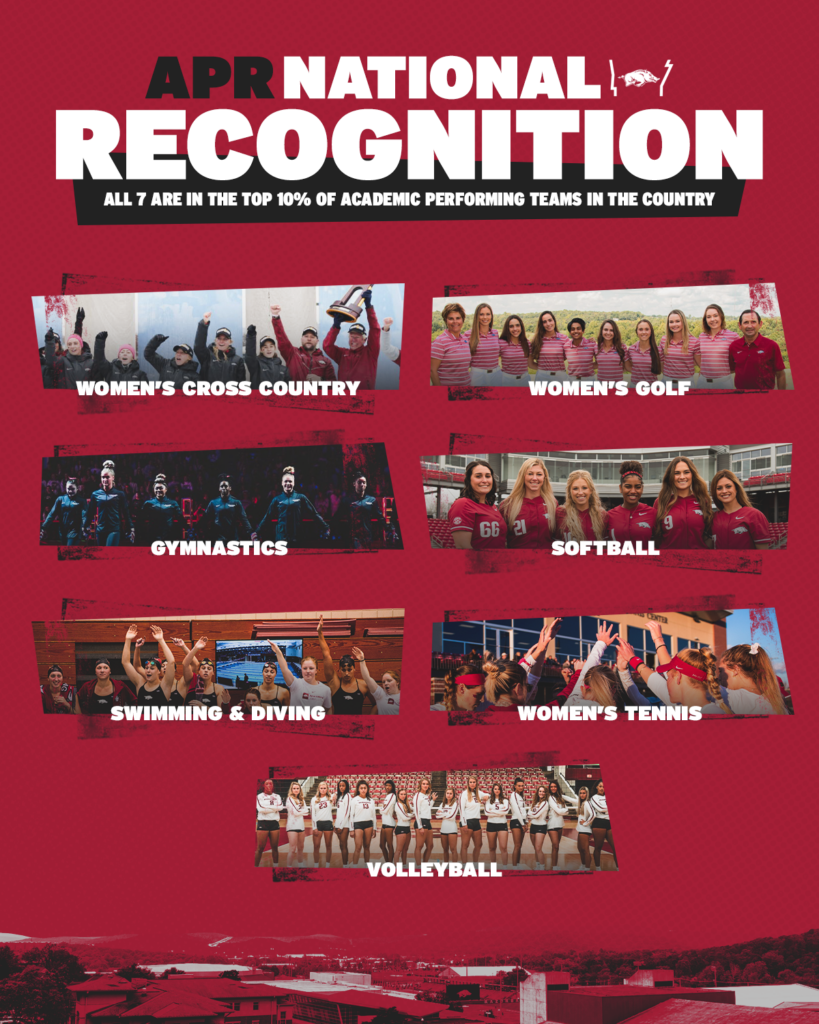 Volleyball made its second consecutive appearance on the listing of programs honored by the NCAA for APR excellence. The recognition was the fifth overall for volleyball.

For the third straight year, women’s tennis earned distinction from the NCAA as part of the NCAA Public Recognition Awards. The program earned its first award in 2016-17 before repeating the honor in 2017-18 and 2018-19.

Each year, the NCAA honors selected Division I sports teams by publicly recognizing their latest multiyear NCAA Division I APR.  This announcement is part of the overall Division I academic reform effort and is intended to highlight teams that demonstrate a commitment to academic progress and retention of student-athletes by achieving the top APRs within their respective sports. Specifically, these teams posted multiyear APRs in the top 10 percent of all squads in each sport.

The University of Arkansas has earned a public recognition award in 14 of the 15 years since the program was initiated. In addition to women’s cross country, women’s golf, gymnastics, softball, women’s swimming and diving, volleyball and women’s tennis two other programs have previously been recognized.

The APR measures eligibility, graduation and retention each semester or academic term and provides a clear picture of the academic performance for each team in every sport. The NCAA is announcing multiyear APR scores for all Division I teams, including those earning public recognition awards, on May 19.