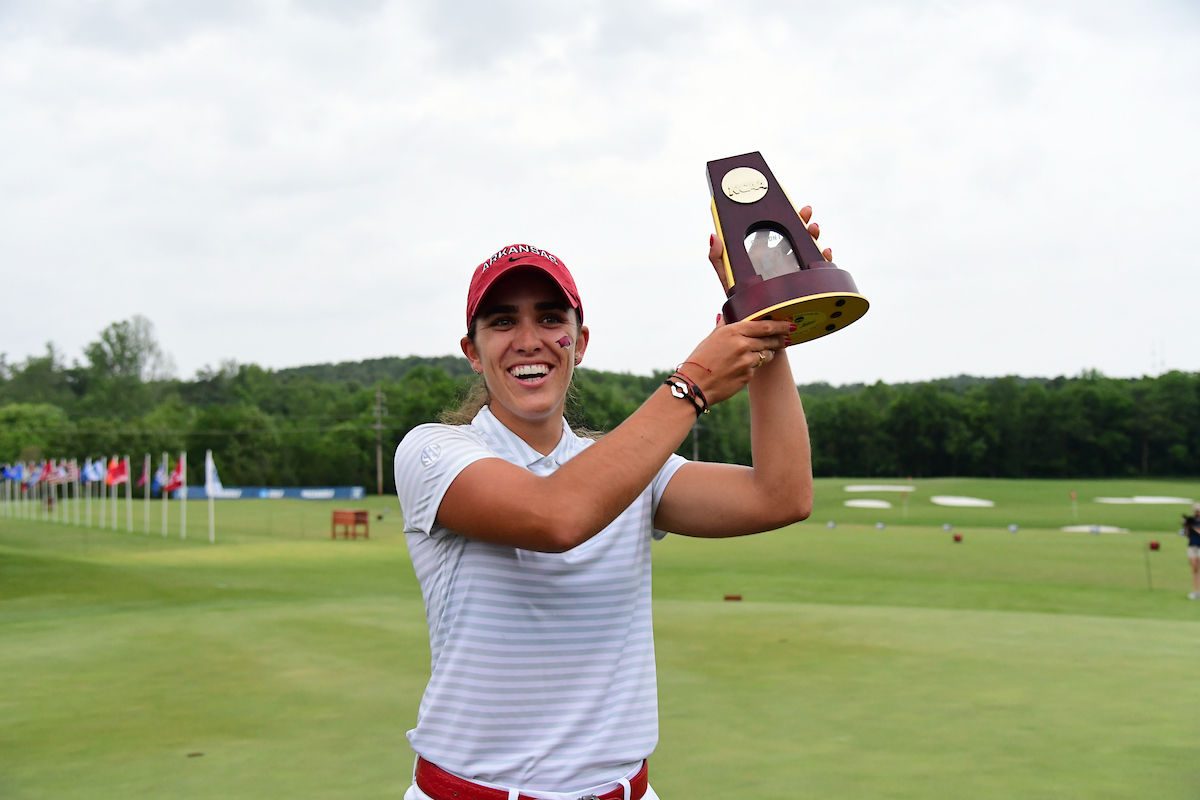 The University of Arkansas senior delayed her professional career to return to the Razorback team. That gamble paid off with an NCAA title at Blessings Golf Club on Monday.

Fassi and the teams endured weather delays and a shortened format but her final round was nothing short of spectacular. Fassi started her round in second place and her day began at 11:55 a.m. ending at 7:25 p.m. During that time, Fassi had five birdies and 13 pars shooting 68. She finished the rain-shortened championship shooting eight-under par with a 211.

The complete team effort allowed Arkansas to finish in fourth place moving on to the eight-team match play portion of the championship to determine the team title.

Darkness closed fast as Fassi and the crowd began the celebration of her title. Six teams remain on the golf course when play was suspended for darkness. Those teams resume play at 6:45 a.m. The top-8 finishing teams will then meet for a pairing selection with match play beginning shortly after.

If Arkansas is solidly in fourth place and would face fifth-place Wake Forest if the standings remain unchanged. Texas will be hard to displace in the top spot as they are currently +6 – eight shots better than Duke who is in second. Top-ranked Southern California is currently third, but all three teams still have holes to play in the morning.