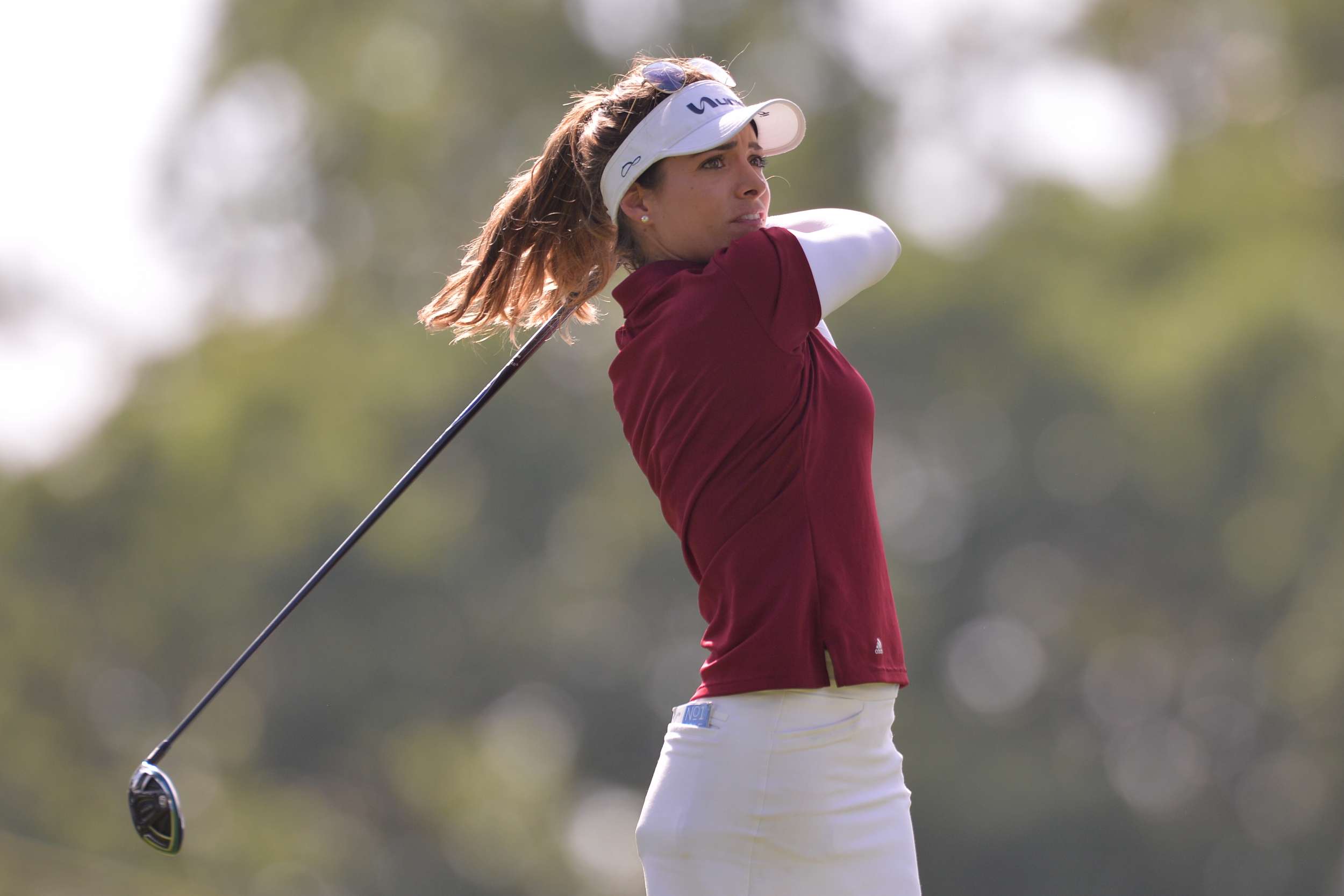 Lopez, who starred for the Razorbacks from 2012-2015, had a great first round, carding a four-under 67. The Mexico City native was especially good on the front, as she birdied four of her first nine to post a 32 before making the turn. That was the low round by any Razorback today. Lopez is currently tied for 22nd going into round two.

Returning to the event she won back in 2014, Lewis currently sits a stroke back of Lopez, as her 68 through round one is good for 32nd. The former Razorback National Champion would bogey four, but would be sublime from there, birdieing six, nine, 11 and 15 without carding another bogey the rest of the way.

Coming back to the Natural State for the first time since her coronation as the 2019 Individual National Champion, Fassi fired a first-round 70. The two-time SEC Player of the Year was even through nine, and got off to a hot start on the back, carding back-to-back birdies on 10 and 11. However, her bogey on 18 would push her back to one-under through 18.

Uriell, who did not compete in the NWA Championship a year ago, finished strong after two straight bogies on 13 and 14, birdieing 16, 17 and 18 back-to-back-to-back to finish her first round of the tournament at even par. Uriell, who finished her Razorback career last spring, also birdied seven while bogeying four, eight, 13 and 14.

Benton, who is making her professional debut at the NWA Championship, also finished day one at even par. The 2019 All-American was steady before and after making the turn, birdieing one, seven and 15 to grab a share of 88th place heading into day number two.

Kim, who qualified for the event this past Monday, and is playing as an amateur, finished her day at five over. However, Kim’s score is a little misleading on the surface; the former Razorback was excellent most for of her round, firing four birdies on the day, but an 11 on the par-five 14th hole pushed her down the leader board.