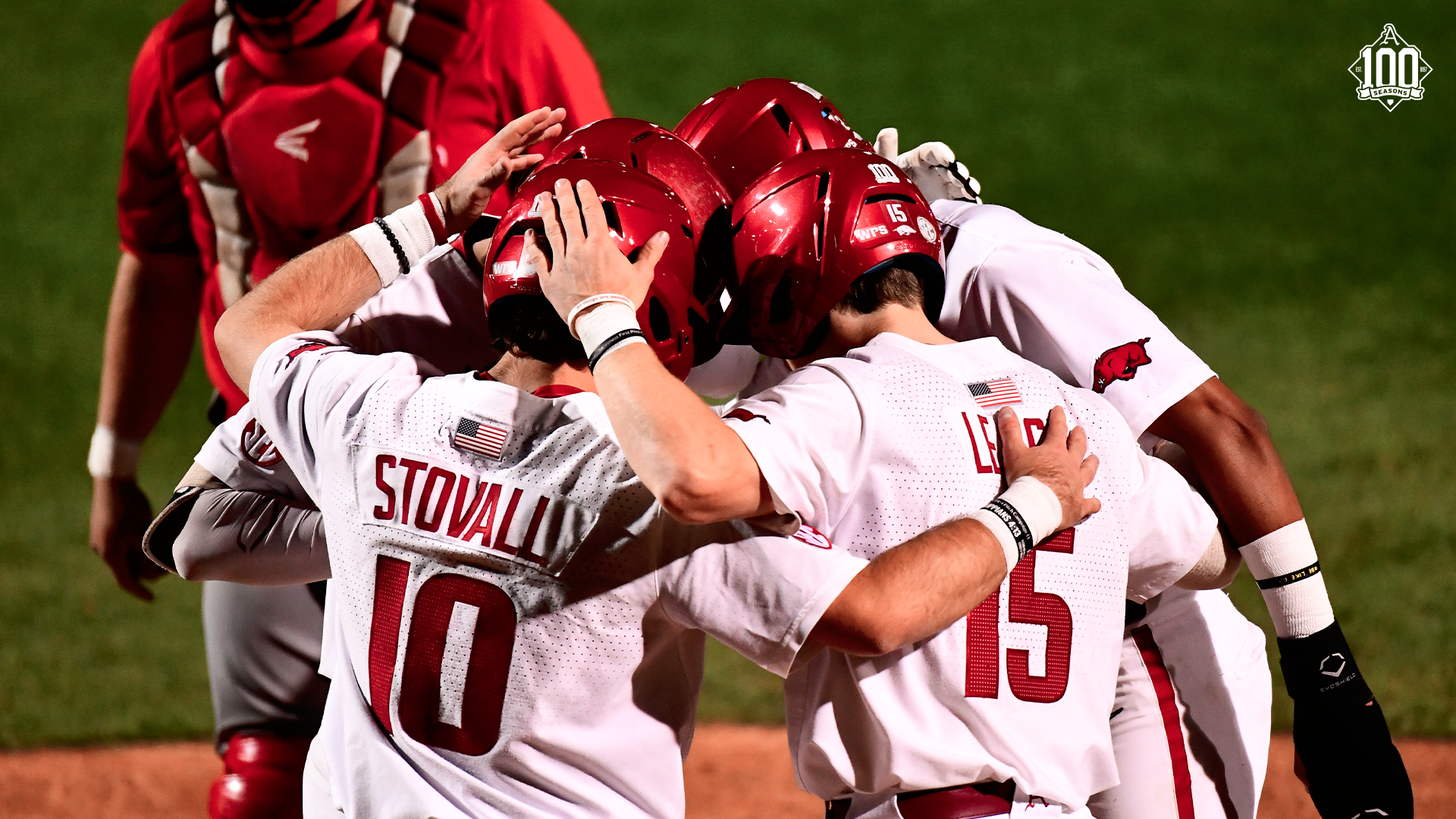 FAYETTEVILLE, Ark. – Brady Slavens’ four hits and four runs batted in powered No. 4 Arkansas (29-7) to a 10-1 win over Arkansas State (7-25) on Tuesday night at Baum-Walker Stadium.

The Razorbacks have now won 16 consecutive midweek games and remain undefeated in their last 12 games against in-state opponents, a streak that dates to the 2019 season.

Arkansas scored in every other inning on Tuesday night, opening a quick two-run lead in the bottom of the first thanks to Robert Moore’s fourth home run of the year. The slick-handed second baseman jumped on a 2-2 pitch and deposited a two-run homer over the wall in the right.

Moore’s early blast gave Kole Ramage a cushion to work with as the Razorback starter went three innings on Tuesday night. The veteran right-hander allowed an unearned run on a hit and a walk while fanning three to earn his second win of the season.

Arkansas scored one in the third and two more in the fifth before breaking the ballgame open with five runs in the seventh. The big blast in the inning came off the bat of Slavens, who jacked a 2-2 pitch over the wall in left to card the Razorbacks’ fifth grand slam of the year and his eighth tater of the season.

Slavens’ blast, which extended Arkansas’ lead to 10-1, was his fourth hit of the game. The Olathe, Kan., native added three singles and scored three runs during his productive Tuesday night.

In-state foes Arkansas and Arkansas State complete their two-game midweek series tomorrow afternoon. First pitch inside Baum-Walker Stadium is set for 4 p.m. on SEC Network+ with right-hander Will McEntire getting the start for the Razorbacks.