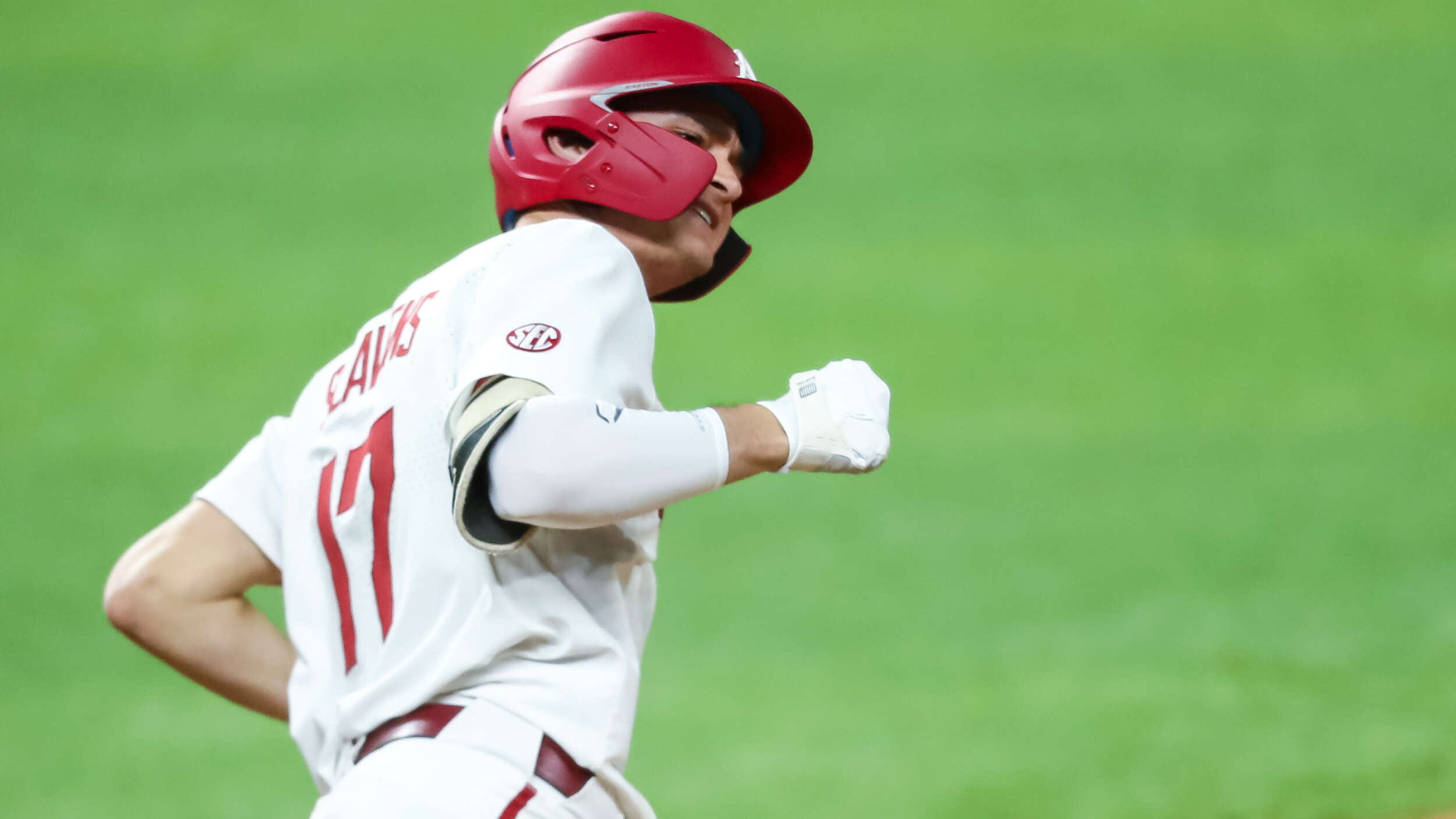 ARLINGTON, Texas – The Razorbacks are a perfect 2-0 to start the year.

No. 8 Arkansas silenced No. 9 Texas (0-2) on its own turf Sunday night at Globe Life Field in Arlington, Texas, downing the Longhorns, 4-0, in a two-hit shutout. Razorback pitchers combined for 15 strikeouts, led by starter Peyton Pallette’s career-best eight punch-outs.

2-0 Deep in the Heart of Texas pic.twitter.com/ge1e8PIc3R

Pallette allowed only one hit over 4.1 innings of work, retiring the first six Longhorn batters he faced. He struck out two in the first before striking out the side in the top of the second.

The Benton, Ark., native worked around a base-loaded jam in the third, collecting another punch-out along the way, and then set down the Longhorns in order in the fourth, grabbing his seventh strikeout in the frame. He struck out the very first batter he faced in the fifth before he was pulled for his rising pitch count, finishing the outing with eight strikeouts.

Pallette departed the ballgame with a one-run lead thanks to designated hitter Brady Slavens, who single-handedly powered the Hog offense on Sunday night. The Olathe, Kan., product drove in all four runs in the win, starting with his RBI single in the bottom of the fourth that put Arkansas up, 1-0.

Slavens then broke the game open in the sixth inning, launching a three-run homer to right center that put the Hogs ahead by four. The home run was Arkansas’ first round-tripper of the season.

Left-hander Caden Monke and right-hander Caleb Bolden came on in relief of Pallette and did their jobs to protect the lead. Bolden tossed four scoreless frames out of the bullpen, striking out seven to lock down Arkansas’ second consecutive win over a top-10 opponent.

Sunday’s win was Arkansas’ sixth all-time shutout of Texas. The Razorbacks last did so during the 1988 campaign when they took down the Longhorns, 5-0, in Austin, Texas (5/7/88).

The State Farm College Baseball Showdown concludes tomorrow night. Arkansas will look to continue its undefeated start when it faces its third nationally ranked opponent of the year, No. 10 TCU, at 6 p.m.