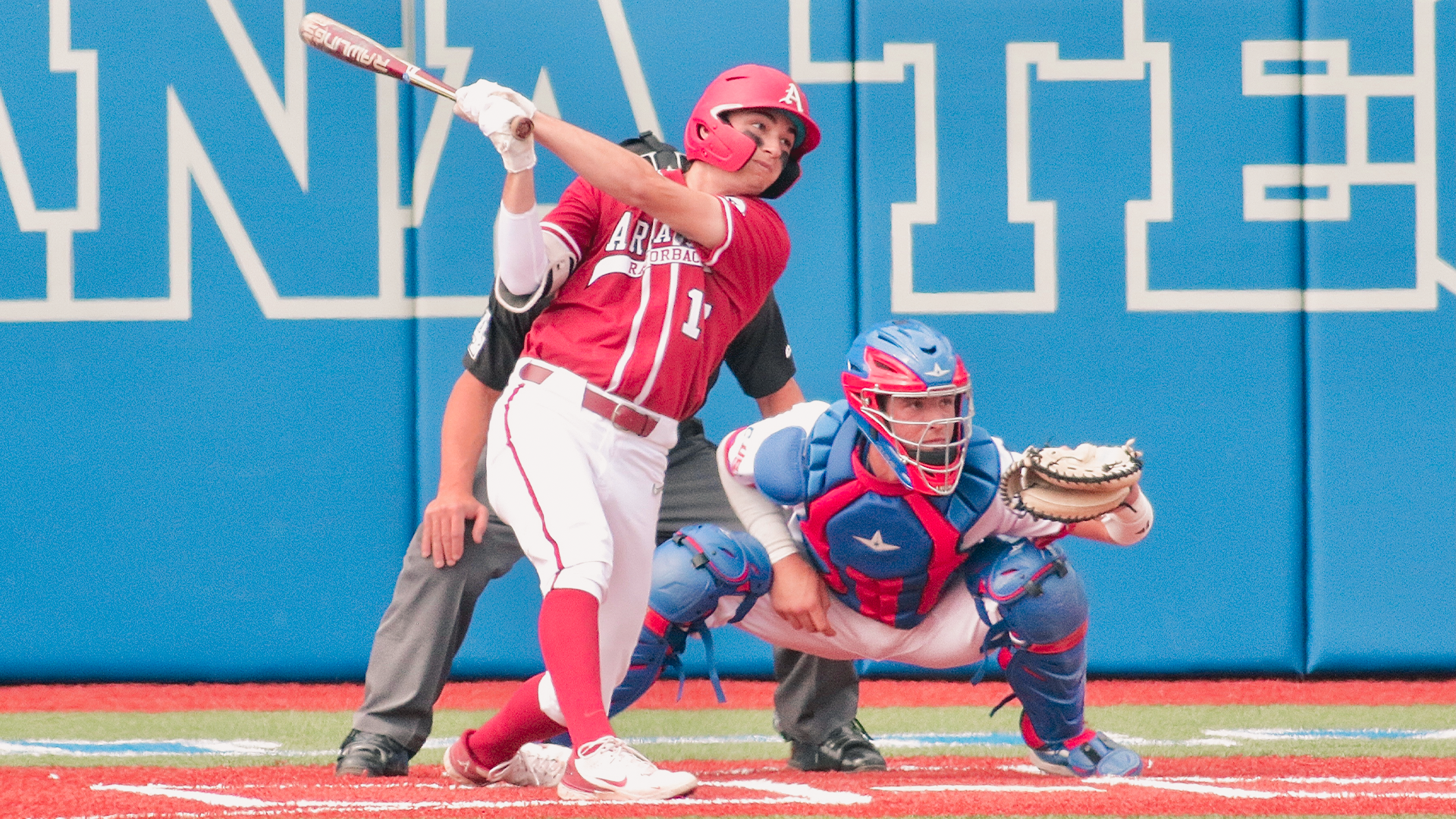 RUSTON, La. – Another day, another game, another win.

No. 1 Arkansas scored two in the top of the first and never looked back, beating up on Louisiana Tech, 8-1, to clinch the series win on Saturday afternoon at J.C. Love Field at Pat Patterson Park.

The Razorbacks, now 12-0 on the year, are off to the best start of the Dave Van Horn era and the second-best start in program history. Arkansas won a program-record 18 games in a row to begin the 1996 campaign.

The Hogs have won 16 consecutive dating back to the final four contests of the pandemic-shortened 2020 season.

The Hogs scored twice more in the fourth, including a run on Wallace’s second solo shot in as many days. The Bulldogs scored their one and only in the bottom of the fourth, but Arkansas quickly responded.

Slavens’ hot day at the plate continued as he ripped a double to right, scoring Christian Franklin and extending the advantage to 5-1 in the fifth. Vermillion, gifted with a four-run lead yet again, resumed his dominance on the mound, shutting out LA Tech the rest of the way.

The Razorbacks put the ballgame away for good in the eighth. Two runs came across on wild pitches before Wallace, who had three hits on the day, delivered his second RBI on a single to center.

Righty Kole Ramage locked down the final inning of the ballgame, striking out one to seal Arkansas’ 8-1 series-clinching win.

Tomorrow’s finale, originally scheduled for 1 p.m., will now start at 11 a.m. due to forecasted rain in the area. The Hogs go for their third straight series sweep of the season on Sunday.