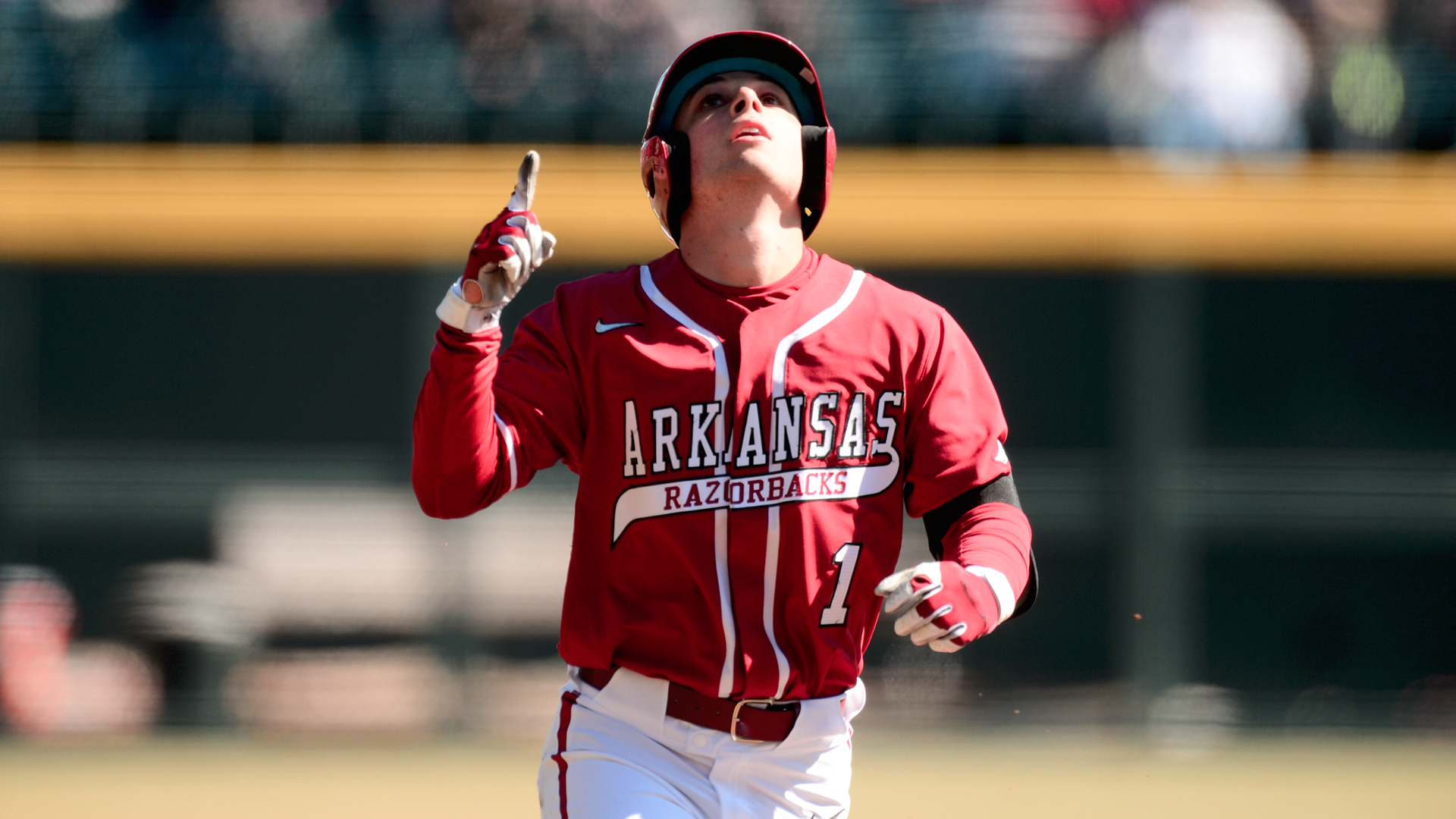 FAYETTEVILLE, Ark. – The Razorbacks are in the win column.

True freshman Hagen Smith dazzled in his first collegiate start, striking out five over six scoreless innings on the mound to lead No. 2 Arkansas to a 5-1 win against Illinois State on Saturday afternoon at Baum-Walker Stadium.

Smith was sharp all day long, pumping first-pitch strikes to 19 of 22 batters faced. The Bullard, Texas, native retired the first six hitters of the ballgame before allowing a leadoff single in the top of the third.

Cayden Wallace and Michael Turner also chipped in with run-scoring hits as Arkansas opened a five-run lead by the top of the ninth inning.

Mark Adamiak and Evan Taylor were stellar in relief, combining for three strikeouts in 1.2 innings of work. Heston Tole also emerged from the bullpen to lock down his first career save, allowing a run while fanning a pair in the final 1.1 innings to secure the Razorbacks’ first win of the season.

Arkansas and Illinois State will meet tomorrow afternoon to decide this weekend’s series. First pitch in the Sunday’s rubber game at Baum-Walker Stadium is set for 1 p.m. on SEC Network+.