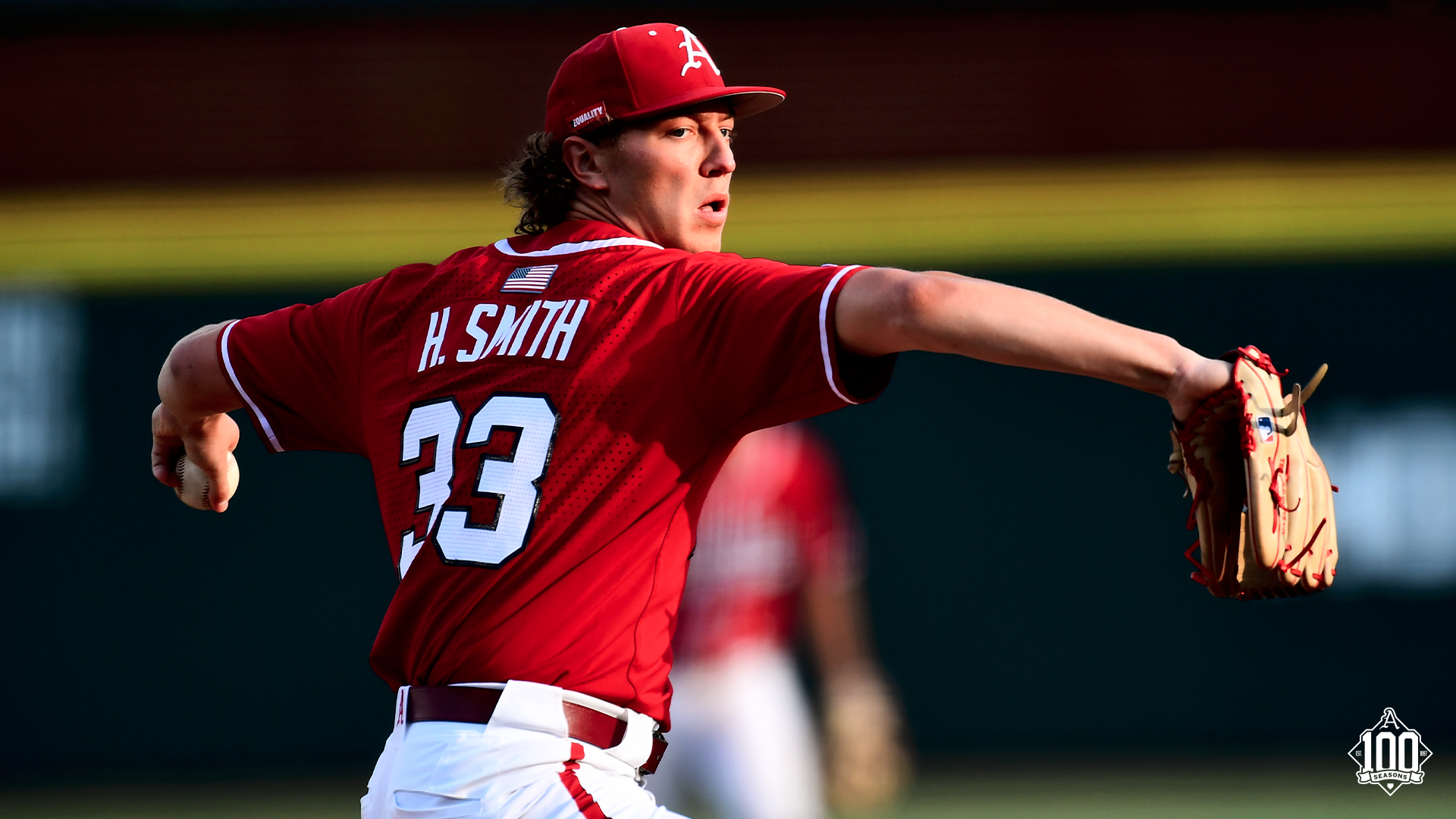 Arkansas has now taken three straight series from LSU and collected back-to-back home series wins over the Tigers for the first time since the 1999 and 2001 campaigns. With Friday night’s win, the Hogs extended their SEC-leading consecutive home series win streak to 11.

Smith was sharp from the start, retiring the first nine batters he faced while fanning four along the way. His early dominance gave Arkansas’ offense some time to get settled in before breaking out for three runs in the bottom of the third.

Zack Gregory swatted a leadoff home run to left before Michael Turner joined in on the fun with a two-run homer down the line in left, extending the Razorbacks’ advantage to three. Chris Lanzilli swatted Arkansas’ third and final home run of the day in the bottom of the fifth to put the Hogs ahead by four.

Turner finished the ballgame with three hits and two runs batted in, his team-leading ninth multi-RBI effort. The graduate transfer catcher is now slashing .347/.424/.570 with five home runs and 32 RBI on the season.

A 4-0 lead was more than enough for Smith to work with. The true freshman was spectacular all afternoon, matching his season high with seven scoreless innings and striking out seven while allowing only two hits and issuing one walk. Smith carded his team-leading sixth win of the season and turned in his fifth quality start of the year.

Zebulon Vermillion and Evan Taylor emerged from the bullpen in relief of Smith, silencing the Tigers over the final two frames. Taylor recorded his first career save, striking out one in 1 1/3 hitless innings.

Right-hander Jaxon Wiggins will toe the rubber when Arkansas goes for its fourth-ever sweep of LSU — and its first since 2011 — in tomorrow’s series finale. First pitch at Baum-Walker Stadium is set for 2 p.m. Saturday, April 16, on SEC Network+.