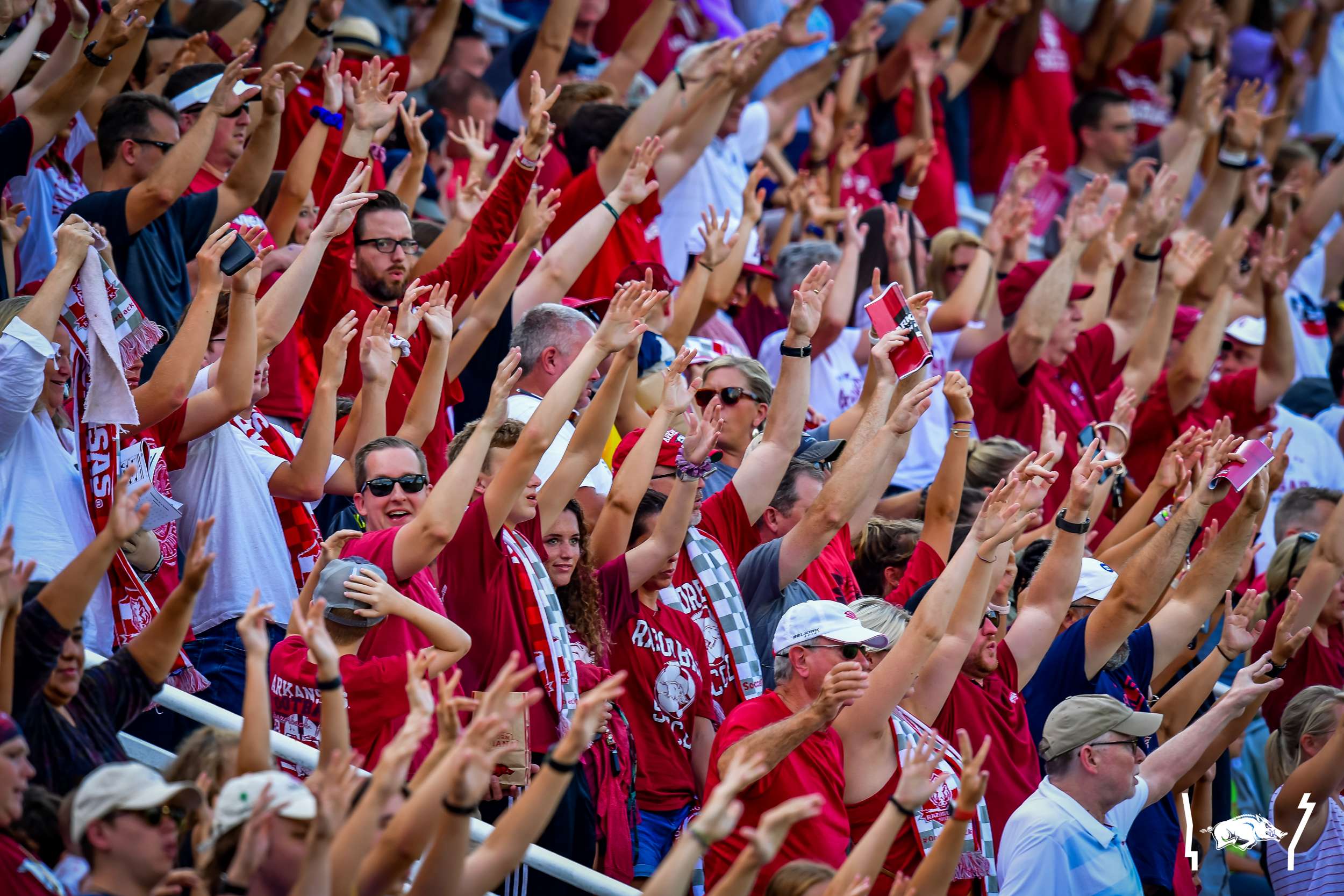 Soccer back in Fayetteville for pair of home matchups

FAYETTEVILLE, Ark. – Razorback Soccer (2-1-1) will be back in Fayetteville for a home stint this week against the Lamar Cardinals (1-3-0) and McNeese State Cowgirls (2-1-0). The match against Lamar is on Thursday, Sept. 5 at 7 p.m. CT, while the Razorbacks will face McNeese on Sunday, Sept. 8, with first kick slated for 1 p.m. CT.

Lamar is coming off a 5-0 defeat to fellow SEC member Alabama on Sept. 1. The Cardinals were outshot by the Tide, 34-7, and were held to just one shot on goal. Lamar’s lone win of the season came in a 5-1 home victory against Louisiana-Lafayette. Junior forward Lucy Ashworth leads LU with two goals in the 2019 season.

McNeese State comes to Fayetteville second in the Southland Conference in shots per game (18.67), shots on goal per game (10.33) and scoring offense (2.33). Junior midfielder Anna Watson is the only Cowgirl with multiple (3) goals on the season. McNeese was edged by LSU on Aug. 30 by a score of 1-0.

The Razorbacks picked up a win and a draw last week in Oxford, Miss. at the Rebel Classic hosted by Ole Miss. On Thursday, Aug. 29, a strike from outside the box by freshman Anna Podojil found the back of the net in the 21st-minute before Minnesota added an equalizer in the 55th-minute. The two squads would go scoreless for the remaining second stanza and 20 minutes of extra time.

A couple days later, Arkansas exploded for five goals on Sunday against Southeast Missouri State, including two from senior Tori Cannata. The Hogs outshot SEMO by a 29-5 margin in the victory.

>> Arkansas returns to Fayetteville for a pair of home matchups against two Southland squads when it faces Lamar and McNeese State.

>> This will be the first matchup all-time between Arkansas and Lamar.

>> The Hogs will welcome McNeese State to Razorback Field on Sunday after making the trip to Lake Charles, La. last season. The Cowgirls earned a 3-2 double overtime victory last year in the first matchup between the two teams.

>> In the first four games of the 2019 season, Arkansas is outshooting its opponents by an 80-23 margin. The Razorbacks are also outscoring opponents 9-2.

>> Arkansas leads the Southeastern Conference with 10 shots on goal per game and is second in the conference averaging 20 shots a match.

>> Sunday’s 5-0 win against Southeast Missouri State marks the fourth-straight season that the Razorbacks have scored five-plus goals in a match.

>> Senior Tori Cannata and freshman Anna Podojil lead Arkansas with the most points (6) and goals (2) on the season. The pair has also dished out two assists apiece on the season, tying for the team lead.