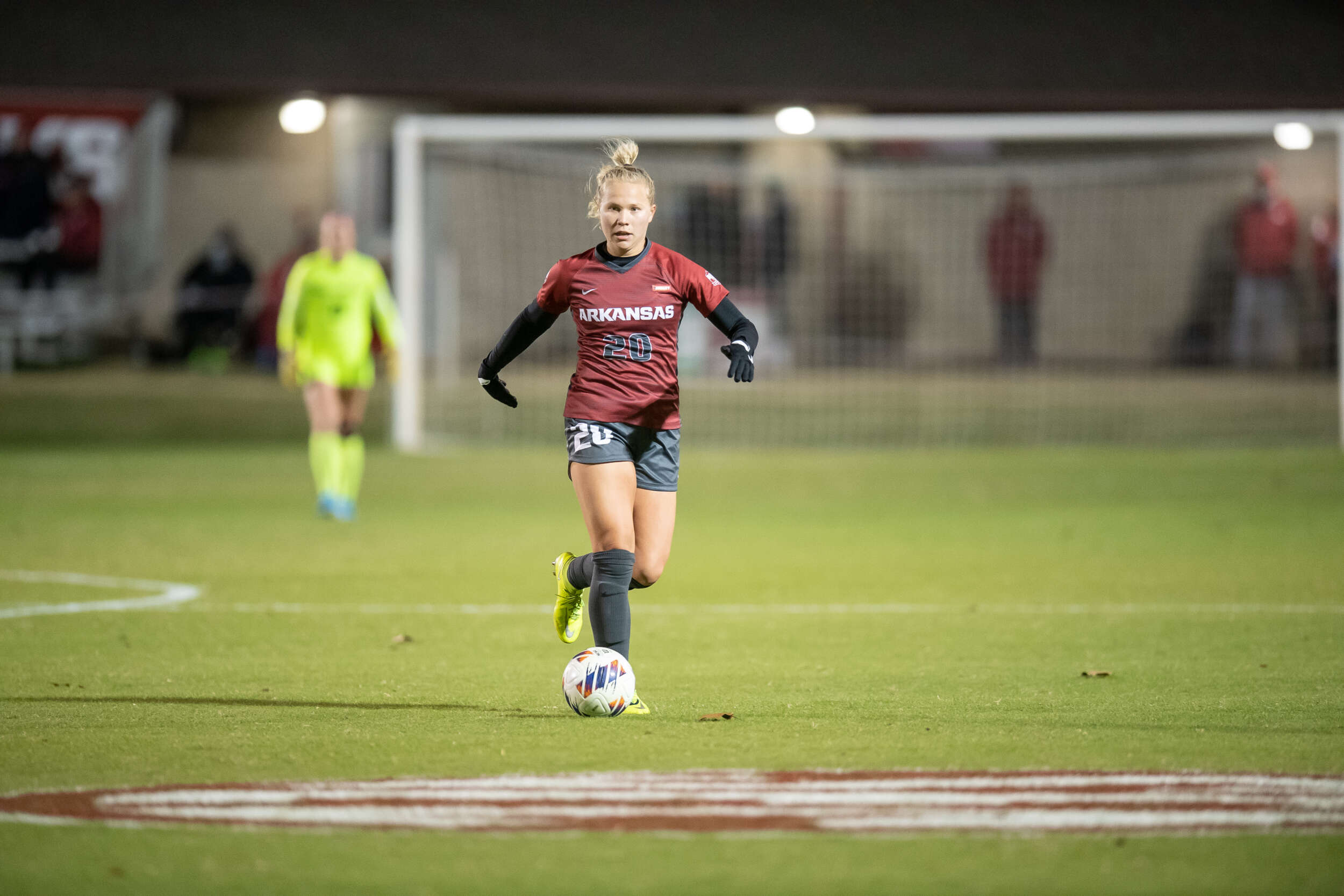 FAYETTEVILLE, Ark. – The NCAA Tournament continues as 3-seed Arkansas hosts 6-seed Ohio State Friday night at Razorback Field. First kick is set for 6:30 p.m. and the match will air on ESPN Plus.

The Hogs (12-3-4) advanced to the round of 32 for the fifth straight season after defeating Missouri State, 6-0, in the opening round. Senior Jessica De Filippo notched the program’s first hat trick since 2019 in the win.

The Buckeyes make their way to Fayetteville after taking care of Bucknell, 1-0, in Columbus to open the tournament.

Tickets for the match can be purchased here. The first 500 students will get in free. Free hot chocolate, mugs, and smores will be available while supplies last.

Match Info
Who: (3) Arkansas vs. (6) Ohio State
What: Second Round of the NCAA Tournament
When: Friday, November 18 at 6:30 p.m.
Where: Razorback Field
Links: Live Stream | Live Stats | Tickets

>> Arkansas and Ohio State have met one time on the pitch, on Halloween in 1998 in Columbus. The Buckeyes won 5-1.  The Hogs are looking to advance to their second straight Sweet 16.

>> The Razorbacks improved to 11-5-3 in the NCAA Tournament after defeating Missouri State in the first round 6-0. Senior Jessica De Filippo notched the program’s first hat trick since 2019 in the win.

>> Ava Tankersley ranks first in the SEC in shot accuracy (.635) and ranks second in the conference (ninth in the nation) in assists per game (.58). Her 11 assists rank second in the SEC and seventh nationally.

>> For the first time ever, the NCAA DI Women’s Soccer Committee announced its Top-10 teams through Oct. 13. The Hogs came in at No. 8 in the rankings.

>> The Razorbacks started the season ranked No. 8 in the United Soccer Coaches Poll and No. 9 in TopDrawerSoccer’s preseason poll.