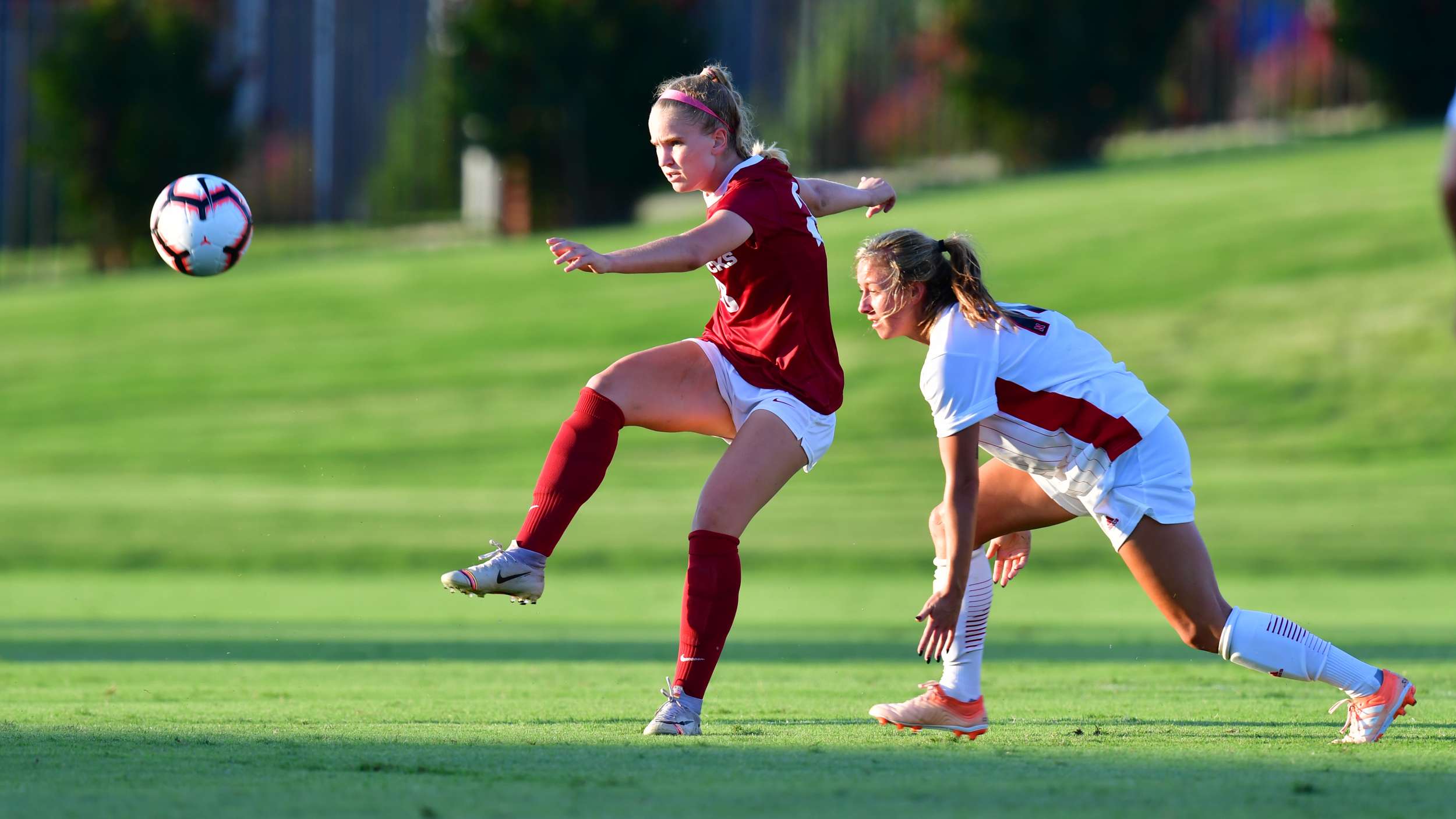 Soccer looks to rebound against Minnesota, SEMO at Rebel Classic

FAYETTEVILLE, Ark. – The Razorback soccer team (1-1-0) will face-off against Minnesota (0-1-1) and Southeast Missouri State (1-0-0) this weekend at the 2019 Rebel Classic, hosted by Ole Miss in Oxford, Mississippi. Arkansas will take on the Golden Gophers on Thursday, Aug. 29, and the Redhawks three days later on Sunday, Sept. 1.

Arkansas is set for a pair of matchups with unfamiliar foes this weekend when it travels to Oxford. The Razorbacks have never faced Minnesota and this will be just the third meeting with Southeast Missouri State.

The Golden Gophers are coming off a road trip to California last week. Minnesota picked up a 2-2 draw against UC Santa Barbara and dropped a match against Cal State Fullerton, 2-0. Junior forward Makenzie Langdok scored both goals for the Gophers in Santa Barbara. She netted just two goals all last season.

The 2018 campaign for Minnesota included 12 wins on the season and a 2-0 victory over Auburn in the first round of the NCAA Tournament.

In its lone match of the 2019 season, Southeast Missouri State earned a 3-2 win over Southern Mississippi last Sunday. Redhawk midfield Esmie Gonzales scored the game-winning goal in the 80th-minute for SEMO.

The Razorbacks are looking to rebound after a double overtime loss to the Oklahoma Sooners on Sunday at Razorback Field. After Razorback keeper Katie Lund deflected a Sooner shot, Oklahoma forward Kaylee Dao put home a rebound in the 105th-minute for the golden goal.

Earlier in the week, Arkansas blasted UNC-Greensboro, 3-0, on the road for its regular season opener. Three different Razorbacks tallied a goal and the Hogs outshot the home team by a 27-2 margin.

>> Arkansas will head to Oxford, Miss. for the Rebel Classic from Thursday, Aug. 29 – Sunday, Sept. 1. The Razorbacks will play two matches against the Minnesota Golden Gophers and Southeast Missouri State Redhawks.

>> The Hogs will not face conference foe Ole Miss this weekend. The two squads meet at Razorback Field on Thursday, Oct. 3, in SEC play.

>> The Razorbacks and Golden Gophers will be meeting up for the first time in program history. It will be the third different Big 10 opponent (Penn State, 2015, ‘17 ; Nebraska, 2013) in the last seven seasons for Arkansas.

>> This will be just the third meeting between the Razorbacks and Redhawks all-time. The series is tied up at 1-1 with the last match-up being won by Southeast Missouri State in 2004, 3-2.

>> In the last three matches for the Hogs (including exh. against Nebraska), the Razorback defense has allowed just five shots on goal. Arkansas has outshot its opponents by a 47-22 margin.

>> After an injury last season, junior Parker Goins has returned to lead the Arkansas attack. The Broken Arrow, Oklahoma native has tallied six shots, with four on goal, and netted a goal against UNC-Greensboro in the 84th-minute.

>> TCU transfer Katie Lund has played all 194 minutes in goal for Arkansas, allowing just one goal in her first two matches and making four saves.