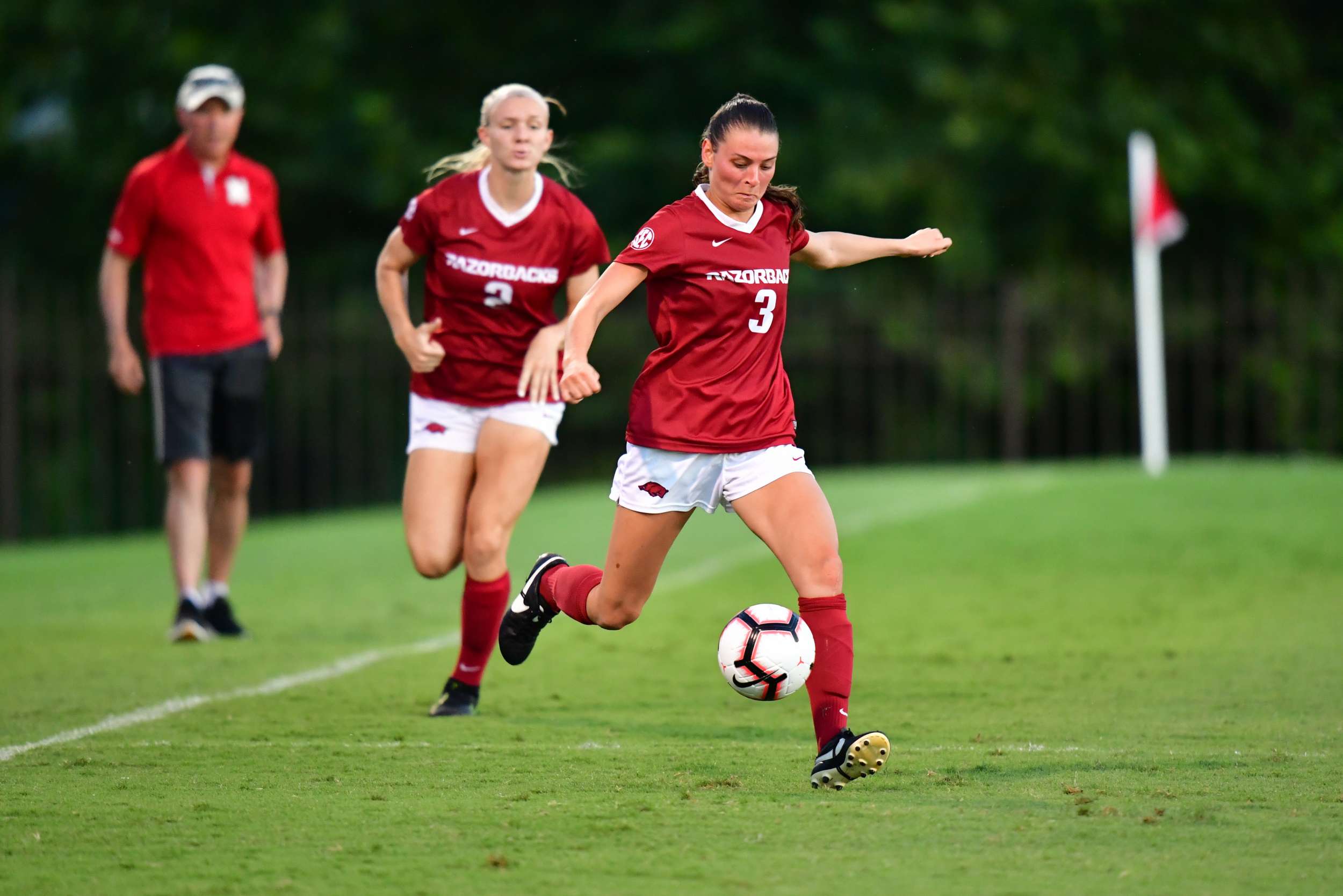 New Season Begins On The Road At UNC-Greensboro

FAYETTEVILLE, Ark. – The Razorback soccer team heads to Greensboro, N.C. for its season opener against UNC-Greensboro on Thursday, Aug. 22. First kick is set for 6 p.m. CT.

The match features a battle of strengths between the Razorback defense and UNC-Greensboro offensive attack. The Arkansas defense tallied eight shutouts last season while the Spartan offense ranked eighth in the country in assists (48) and thirteenth in total goals (13). Both teams are coming off an appearance in the NCAA Tournament as the Spartans fell to SEC foe South Carolina in the first round, 3-1, and the Razorbacks advancing to the second round of the national tournament.

This will be the first meeting between Arkansas (0-0, 0-0 SEC) and UNC-Greensboro (0-0, 0-0 SoCon) since 1993 with the Razorbacks holding a 2-1 edge in the all-time series. This will be the fourth-straight year that Arkansas opens the season on the road or with a neutral site game.

Arkansas is coming off a pair of draws in the preseason against Kansas State (Aug. 9) and Nebraska (Aug. 15). Freshman Anna Podojil netted two goals and an assist against the Wildcats while the match with the Cornhuskers ended scoreless.

The Razorbacks will be back in Fayetteville for their home opener against the Oklahoma Sooners on Sunday, Aug. 25. Arkansas Soccer will be hosting a Back to School Block Party that will precede the match from 4:30 – 6 p.m. CT. First kick is set for 6 p.m. CT against the Sooners and the match will be televised on the SEC Network.

A link to the live stream on ESPN+ will be released via @RazorbackSoccer on Twitter closer towards match time.

>> Arkansas has won nine of its last 10 season-openers and are on the road for the fourth-straight season as they travel to Greensboro, N.C.

>> With last year’s season-opening win over Duquesne in State College, Pa., head coach Colby Hale has won six of his seven openers. This will be his third true road opener.

>> For the third-consecutive year, Arkansas played in its fifth SEC Tournament final in program history. Before 2016, the Razorbacks had not reached the final in 20 years (1996).

>> Since Colby Hale was named head coach of the Razorbacks in 2013, Arkansas has only missed the NCAA Tournament one time.

>> Returners Tori Cannata, Taylor Malham and Marissa Kinsey led the Razorback attack last season, accounting for 19 of the 43 goals in 2018.

>>Arkansas recorded eight or more shutouts in each of the last two seasons, including outshooting their opponents in 2018 by a 391-237 margin.

>> The Razorbacks and Spartans are meeting for the first time since the squads met in Greensboro in 1993. Arkansas holds a 2-1 edge in the all-time series.