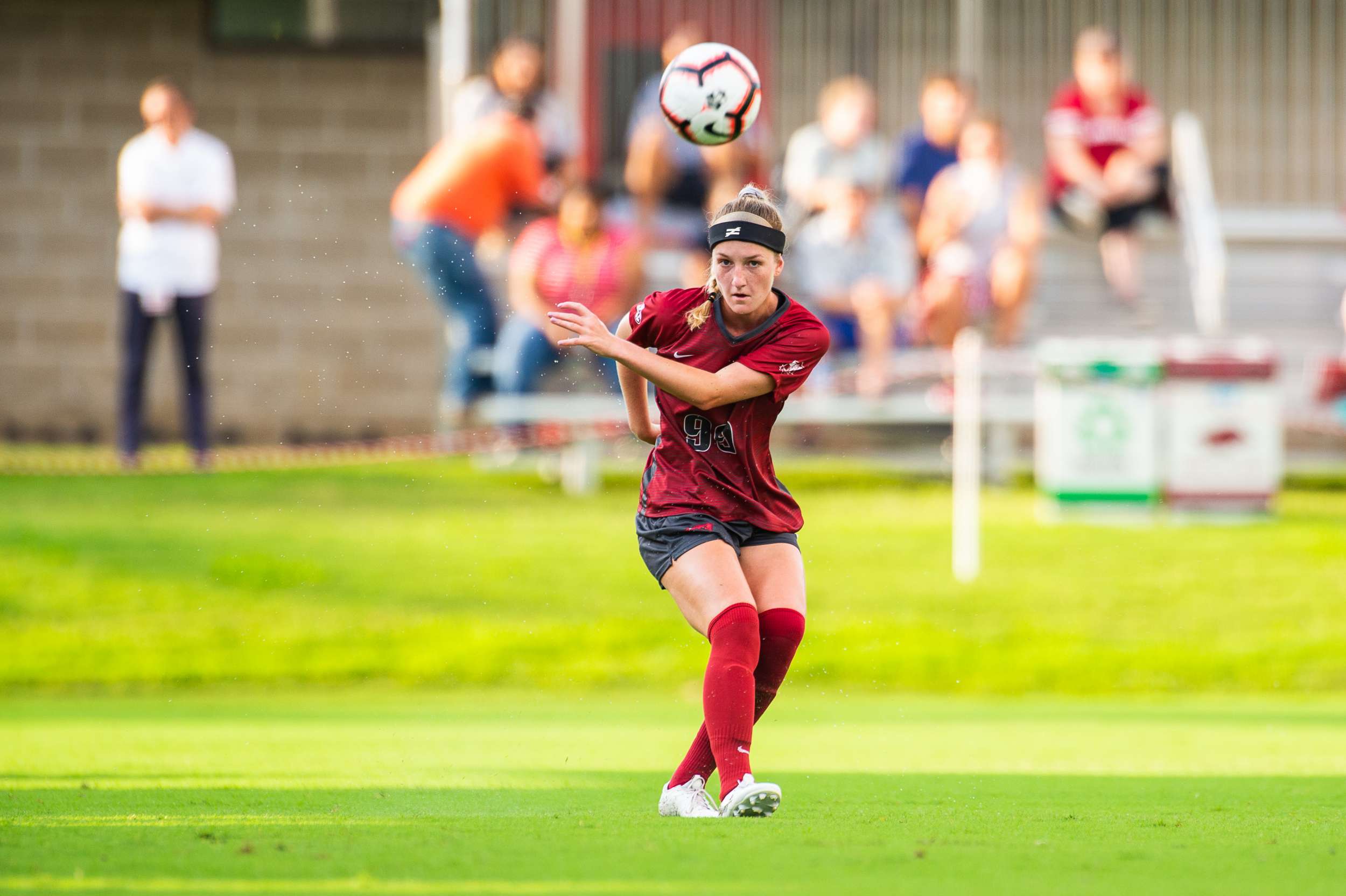 Soccer takes SEC Defender and Freshman of the Week honors

The Hogs became the first program in the conference to down UNC by two or more goals.

VanFossen has anchored a defense that shutout Baylor, last year’s Big 12 runner-up, on the road and No. 1 North Carolina last week. The Arkansas defense has allowed just 50 shots in eight games, compared to the 158 by the Hogs on the season. Through eight matches last season, the Razorbacks had allowed 89 shots.

The junior started both matches over the week and played in 150 of the possible 180 minutes this week. The Hogs have allowed just one goal in regulation (Minnesota, Aug. 29) this season.

Podojil scored goals in both shutouts against Baylor and No. 1 North Carolina. The Cincinnati, Ohio native is individually outscoring Arkansas’ opponents by three goals on the season.

The freshman leads all rookies in the SEC in point totals in 2019 and has now won SEC Freshman of the Week twice this season.