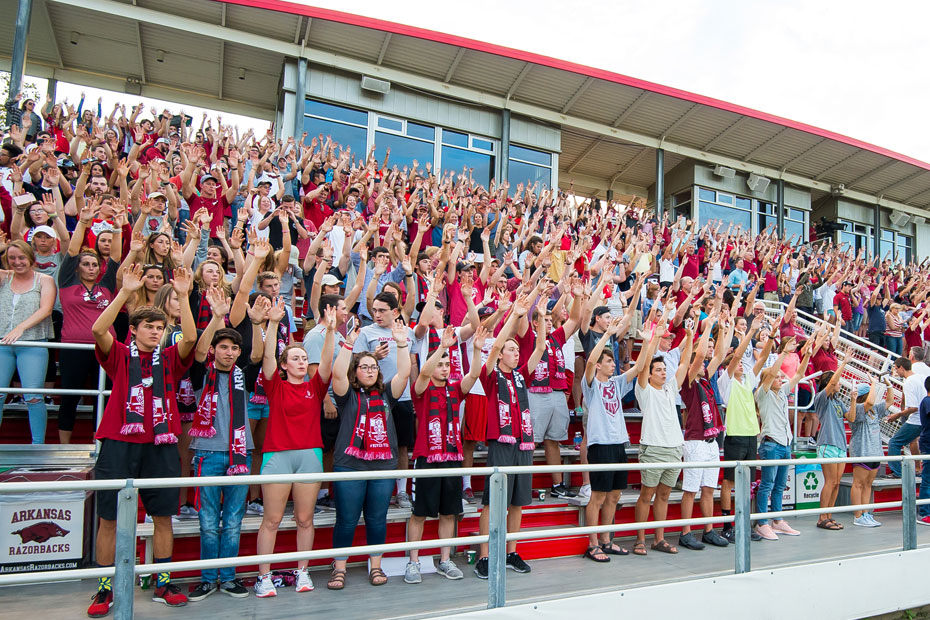 Soccer to face Nebraska in exhibition at Razorback Field

FAYETTEVILLE, Ark. – The Razorback soccer team will close out the 2019 preseason with an exhibition against Nebraska on Thursday at Razorback Field. First kick is scheduled for 7 p.m.

In its first exhibition of the preseason, Arkansas picked up a 3-3 draw against the Kansas State Wildcats in Manhattan, Kansas last week. Freshman Anna Podojil knocked in two goals on just three shots in the opening 30 minutes. After a scoreless second stanza, Podojil served up a cross to Tori Cannata as the senior netted the equalizer in the 23rd-minute of the final period. The match consisted of three 30-minute periods.

Nebraska is coming off a 4-0 exhibition win over Omaha on Aug. 10. NU had a balanced scoring attack as four Huskers found the back of the net on Saturday. The Razorbacks and Cornhuskers have met four times in history, with the latest being a 2-1 double-overtime win for Arkansas in 2013. Arkansas secured a 3-1 victory over the Huskers in an exhibition last August in Lincoln, Neb. Juniors Taylor Malham and Abbi Neece both found the back of the net and Cannata added an insurance goal in the 82nd-minute.

The Southeastern Conference (SEC) announced the Preseason Coaches Poll on Tuesday afternoon with the Razorbacks voted to finish sixth in conference. In 2018, Arkansas finished tied for third after being picked to finish in the No. 6 slot in conference play. The Razorbacks received votes in the United Soccer Coaches poll released on August 5th.

This match marks the final exhibition of the preseason for the Razorbacks. Arkansas will be on the road for its regular-season opener at UNC-Greensboro on Aug. 22. First kick is slated for 6:00 p.m. CT in Greensboro, N.C.