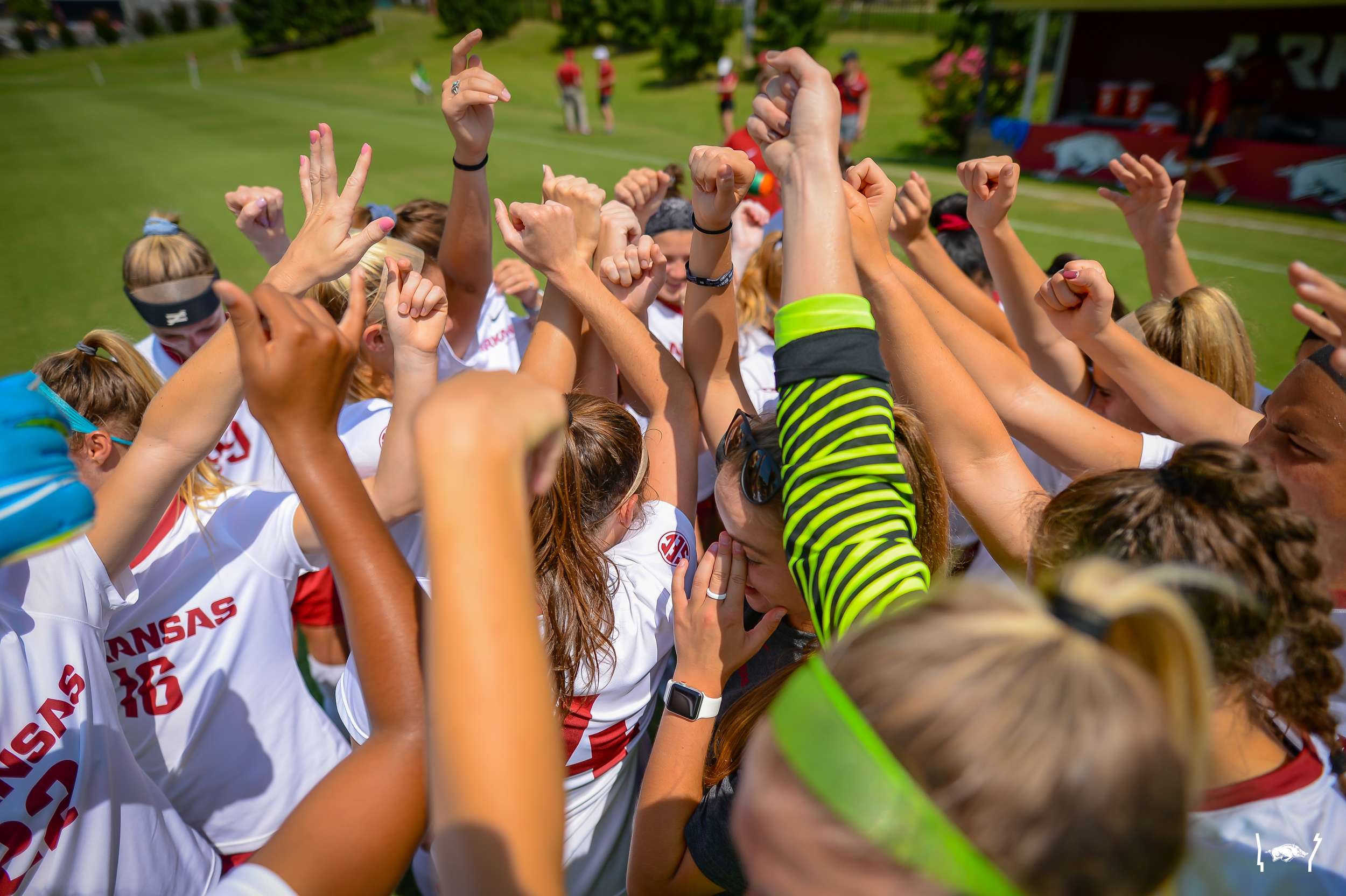 FAYETTEVILLE, Ark. – Arkansas Soccer (4-1-1) will play a pair of Power 5 foes in week four when it faces the No. 22 Baylor Bears (3-1-1) and No. 1/1 North Carolina (6-0). The Razorbacks will look to continue their four-match unbeaten streak when they head to Waco, Texas to take on Baylor before hosting the Tar Heels.

The Baylor Bears are coming off a 1-0 loss at Colorado on Sunday, Sept. 8. BU also played to a draw against Nebraska on Sept. 1. The Razorbacks and Cornhuskers were scoreless in a preseason exhibition back in August.

Camryn Wendlandt is leading the Baylor attack with three goals and two assists on the season. She had the game winner in an overtime match against the Drake Bulldogs.

The No. 1/1 North Carolina Tar Heels are coming to Fayetteville off an 8-0 blowout with against UNLV. They also downed LSU, 1-0, at home on Sept. 5. Briana Pinto is tied for 13th in the NCAA with six goals on the season.

In two matches against Lamar and McNeese State, the Razorbacks scored 14 goals in a pair of 7-0 wins. The Hogs outshot the two teams 49-2 in the two matches.

In the game against Lamar on Thursday, Sept. 5, Stefani Doyle led the Razorback attack with two goals in opening 14 minutes as five Hogs tallied a goal.

On Sunday, Taylor Malham notched a hat trick against McNeese after previously scoring a career-best one goal in 13 different matches in her first two years.  She matched Doyle as the team leader with four goals on the season.

>> Arkansas will travel to Waco, Texas for a rematch with BU after last year’s 3-2 Razorback win in front of 2,529 fans at Razorback Field. It was the first win in the series for the Hogs.

>> This will be the fourth matchup between Arkansas and UNC with the last match (2014) going to the Tar Heels, 2-1. It’s the first time the Razorbacks will host North Carolina.

>> Arkansas also ranks in the top five in the NCAA in all seven of those categories.

>> The pair of 7-0 wins over Lamar and McNeese last week marked the first time in program history that the Razorbacks have scored six-plus goals in consecutive games.

>> Through six matches, the Hogs have outshot their opponents 129-25, including a margin of 67-9 in shots on goal.

>> The Arkansas defense has allowed just one goal in regulation (Minnesota) this season.

>> The Razorbacks netted all three of their goals off corners in 2019 in week three. Two of the three came off the head of freshman Reagan Swindall.

>> The Hogs have almost evenly split their goal distribution on the season, with 11 coming in the first half and 12 in the second.

>> Taylor Malham and Stefani Doyle share the lead for the most goals (4) on the team this season. Malham netted a hat trick against McNeese State and put five shots on target.

>> TCU transfer Katie Lund has put together three shutout wins in her first season in Fayetteville. Lund has been in goal for 529:58 of the possible 574:58 minutes.