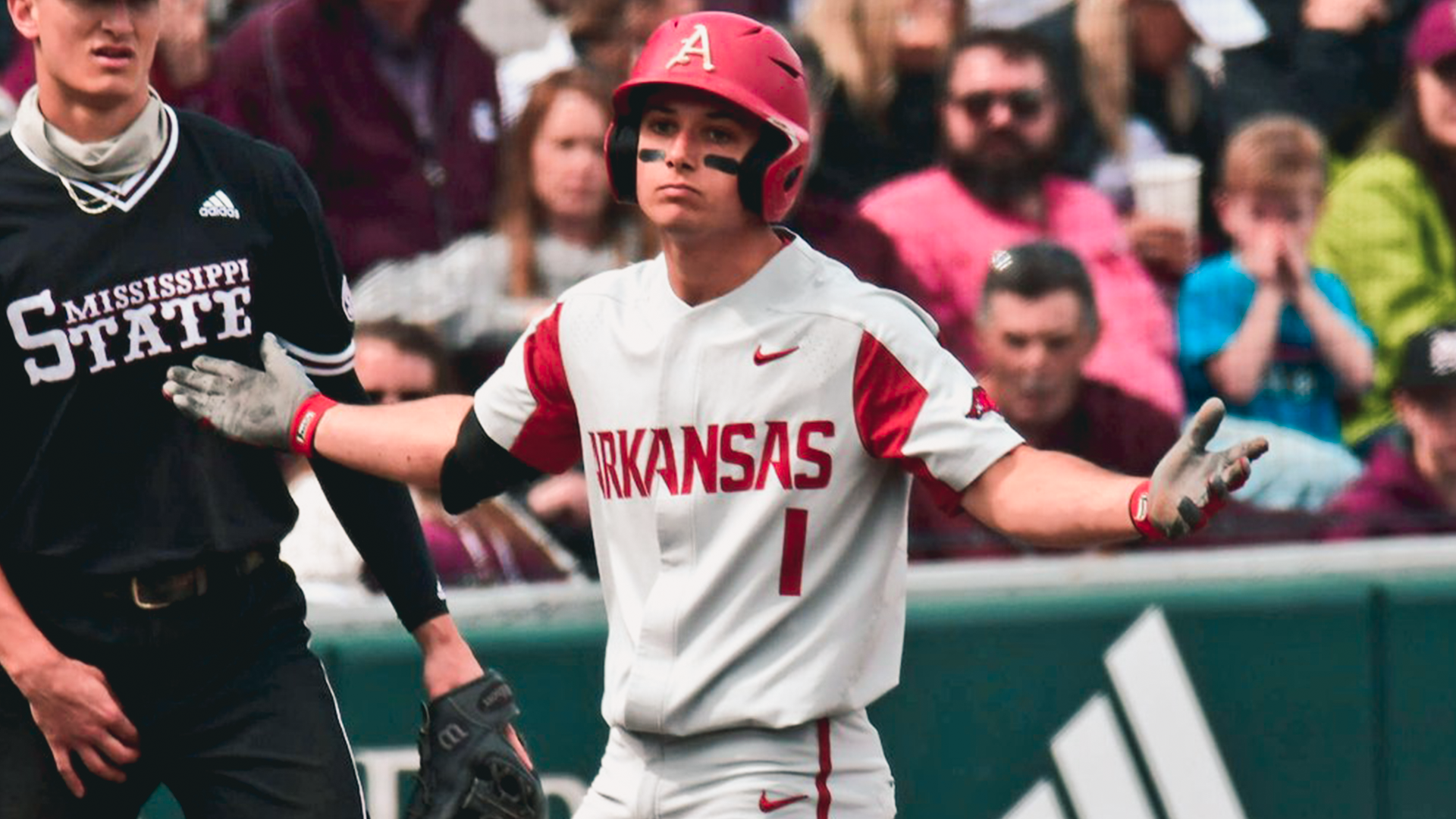 Arkansas, Baseball America’s No. 1 team in the country, completed the three-game sweep against No. 2 Mississippi State and downed the Bulldogs, 6-4, on Sunday afternoon at Dudy Noble Field.

The Hogs’ seventh straight win improves their overall record to 19-3, including 5-1 in conference play, on the year. The Razorbacks earned their first SEC series sweep of the season, marking the first time since the 2010 campaign that Arkansas has gone on the road and swept Mississippi State in Starkville.

After three scoreless frames to start the ballgame, Arkansas’ five-run fourth inning swung momentum in its favor. Matt Goodheart got the onslaught started, teeing off on his fourth homer in as many days to put the Razorbacks ahead, 1-0.

He is the first Hog to swat a home run in four consecutive games since Aaron Murphree did so against Ohio State, South Dakota State and Siena in 2008 (March 2-8).

Arkansas piled on four more runs in the inning after Goodheart’s blast. Jalen Battles’ RBI single, coupled with a run-scoring throwing error on Mississippi State’s third baseman, made it 3-0 Hogs.

Staked with a five-run lead, Razorback starter Lael Lockhart ran into trouble in the bottom half of the frame. The Bulldogs tagged him for two runs and knocked him out of the ballgame after he completed 3.1 innings, allowing five hits and a walk while striking out two.

Reliever Ryan Costeiu took over and escaped the jam as Arkansas would enter the fifth with a three-run advantage. The lead grew by one in the sixth after Braydon Webb’s bases-loaded RBI walk.

Mississippi State kept itself within striking distance, scoring a couple more in the bottom half of the sixth inning to make it a 6-4 game. That, however, was as close as the Bulldogs would ever get.

Arkansas turned the game over to Zack Morris, who proceeded to sit down Mississippi State on 14 pitches in the seventh. Jaxon Wiggins was called upon for the eighth and ninth, and the outcome was similar.

The freshman phenom closed out the final two innings, racking up yet another strikeout en route to locking down the 6-4 win in the longest outing of his young career. His fourth save of the season sealed Arkansas’ first SEC road series sweep since taking all three games at Alabama in 2015 (April 30-May 2).