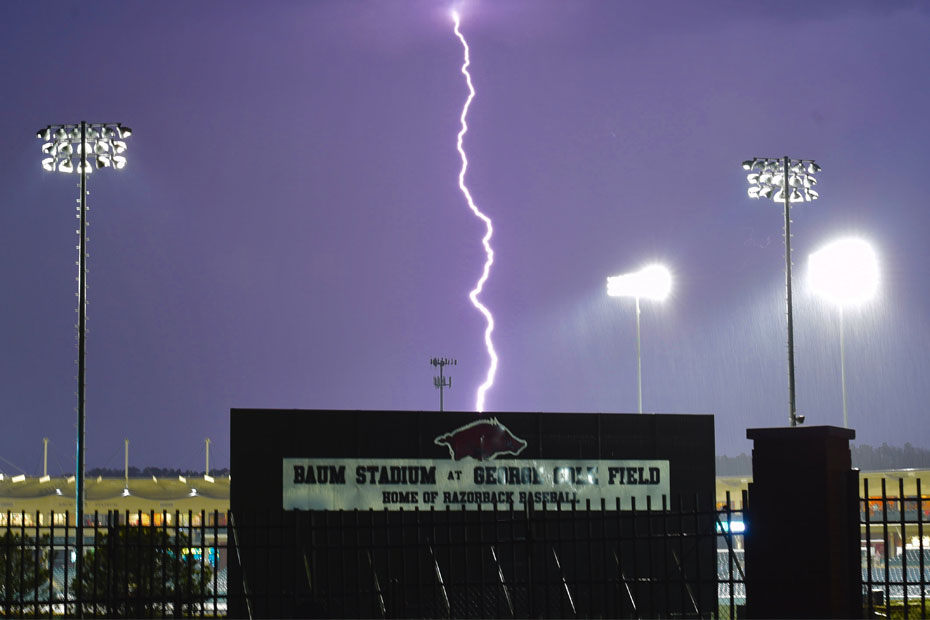 FAYETTEVILLE, Ark. – Due to heavy rain and thunderstorms in the Northwest Arkansas area on Friday, game two of the three-game series between Arkansas and South Carolina will be moved to Saturday and be part of a doubleheader starting at noon at Baum Stadium.

Both games will be seven-innings long and the second game will start approximately 30 minutes after the conclusion of the first game.

Fans should use Saturday’s ticket to gain admission to both games of the doubleheader. All game tickets to Friday’s contest are null and void, but single-game Friday tickets may be exchanged for any future 2018 regular season games, as well as Saturday’s doubleheader, by visiting the Razorback Ticket Center at Baum Stadium, subject to availability. Season tickets, including those for suites, for Friday, are not valid and may not be exchanged. Friday’s Free Shirsey featuring Matt Reynolds will now be given away on Saturday, beginning at 10 a.m. The vintage tee giveaway set for Saturday, will now be given away on Sunday, April 29th when the Razorbacks take on Alabama at Baum Stadium.

Both games tomorrow will be broadcast on SEC Network+ with Brett Dolan and Troy Eklund on the call.

All games can still be heard on the radio via the Razorback Sports Network with Phil Elson and former Razorback Bubba Carpenter calling all the action.