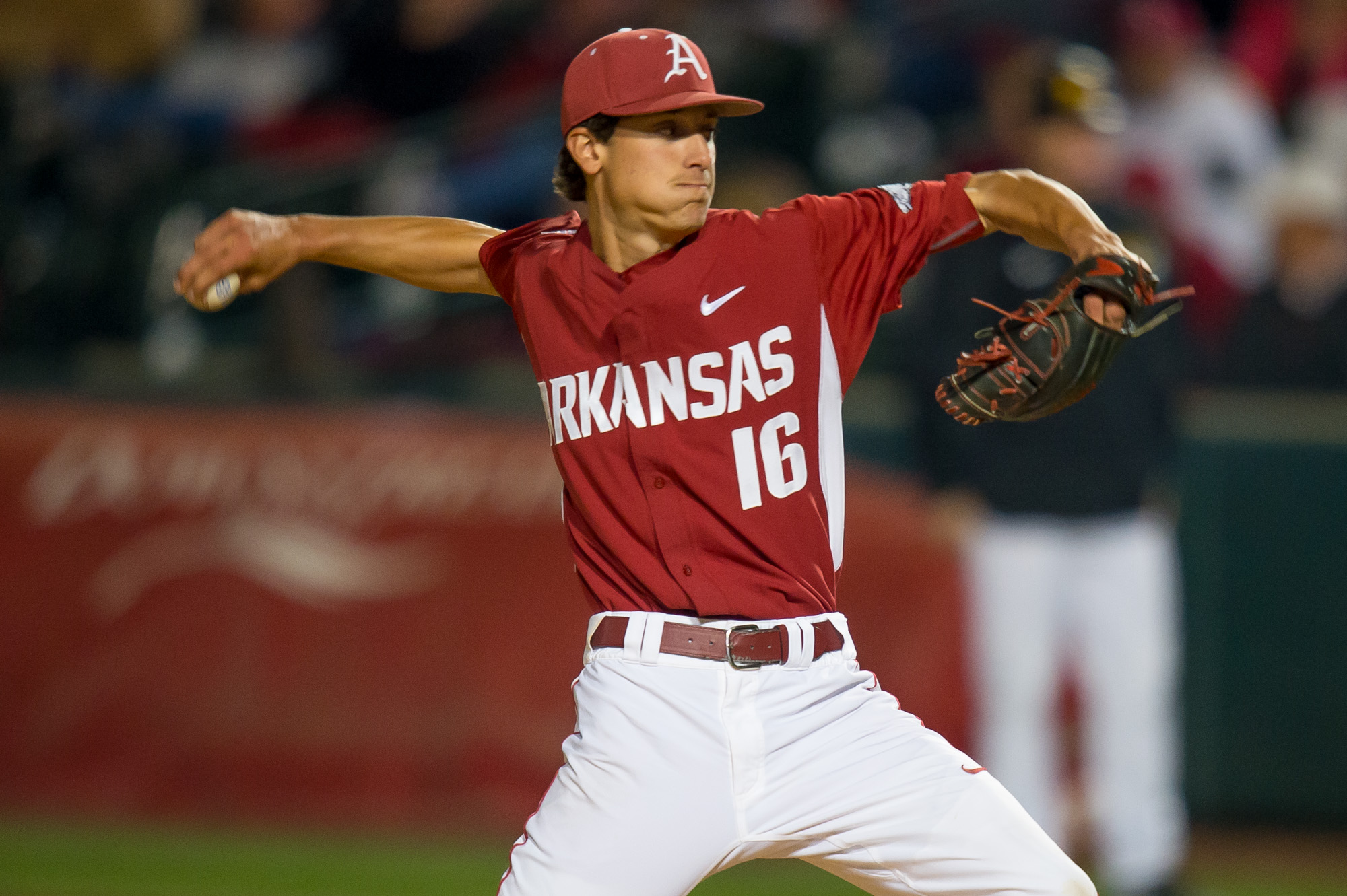 OXFORD, Miss. – The 21st-ranked Razorback baseball team was a victim of 13 strikeouts Friday night against No. 14 Ole Miss, dropping the series opener 7-3 at Swayze Field.

The loss is Arkansas’ (20-10, 4-6) third conference loss in a row and ended up being a tough night at the plate for the hitters as Ole Miss starting pitcher Brady Bramlett tied his career high with 12 strikeouts in the game.

The Rebels got on top of Arkansas’ pitching early, scoring three runs in each of the second and third innings, forcing Razorback starter James Teague from the game after three innings. Teague took the loss Friday night, giving up seven earned runs on eight hits with two walks to fall to 2-3 on the season.

Ole Miss added one more run in the fourth before Teague was pulled as head coach Dave Van Horn brought in Blaine Knight to try and stop the Rebel rally.

Knight pitched well out of the bullpen, holding Ole Miss to just three hits over four innings, while striking out a career-high six batters. The freshman only walked one batter during the outing in one of his best performances of the season.

The Razorbacks only managed three hits through the first seven innings of the game, but once Ole Miss had to go to their bullpen, the Hog bats came alive and pulled the deficit to within four runs in the eighth inning.

With Bramlett out of the game, Arkansas worked around three runs in the eighth frame, all starting with a leadoff double by Tucker Pennell. Pennell was able to reach third on a wild pitch two batters later and then score on a deep sacrifice fly by Clark Eagan.

After Austin Catron singled to put two on, Gassaway continued his strong hitting with a double just short of the wall in centerfield to clear the bases. It was Gassaway’s only hit of the night, but the game was his fourth this season with two or more RBIs.

Unfortunately, those three runs were all the Hogs could muster as the final two Rebel pitchers only yielded one hit for the remaining 1 2/3 innings.

Arkansas and Ole Miss will continue the series Saturday with game two’s first pitch set for 7 p.m. CDT in Oxford. The game will be broadcast on the SEC Network with Clay Matvick and Chris Burke on the call.