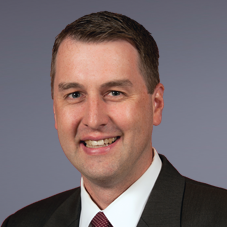 While at Arkansas, Hamilton has managed the financial affairs and business operations for all of Razorback Athletics, which includes revenues that now exceed $120 million annually. The Razorbacks represent one of the few financially self-sustaining athletic programs in all of college athletics. In addition, Hamilton has managed the financial planning for the department’s facility master plan, which includes more than $350 million of projects that have been completed in the past decade, while at the same time paying down debt and building financial reserves. He also serves as an adjunct professor in the university’s sports management program.

Prior to joining Arkansas, Hamilton spent three years as associate athletics director for business with the Colorado Buffaloes and six years in various financial management positions with the Florida State Seminoles. Hamilton also has experience working in professional sports with both the Dallas Cowboys and Cleveland Cavaliers, and in corporate finance with the former Little Rock-based Alltel Corporation.

He is an active member of the College Athletic Business Management Association, having served as president in 2009, and has served on various NCAA strategic task forces. He is also a past recipient of the College Athletic Business Manager of the Year Award, and was recognized within the state of Arkansas in 2011 as one of Northwest Arkansas’ Top Forty Under 40. Hamilton has served on the Board of Directors for the Walton Arts Center Foundation and for the community based Aquahawgs Swim Club.

Hamilton and his wife Stephanie have two daughters, Lauren and Caylee.