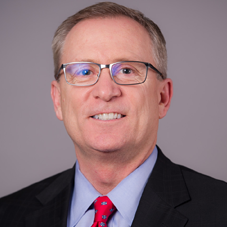 Entering his 10th full year as Vice Chancellor and Director of Athletics, Jeff­ Long helped transform the University of Arkansas’ Department of Intercollegiate Athletics into one of the most successful and mission driven programs in the country. Long, the 2015 SportsBusiness Journal (SBJ) and SportsBusiness Daily (SBD) Athletic Director of the Year, led a program that encompasses 19 sports and more than 460 student-athletes.

Long served as the inaugural College Football Playoff­ selection chairman for the 2014 and 2015 seasons and remains a member of the selection committee through 2017. He was recently named to the NCAA Division I Football Oversight Committee and continues to serve as the athletics director representative on the Southeastern Conference’s Executive Committee.

Even while representing his institution and the state in some of the most prestigious leadership positions in college sports, Long guided the Razorback program to unprecedented success. In Long’s tenure, Arkansas captured 34 conference championships and advanced to 139 post-season competitions, including the school’s first Bowl Championship Series appearance in football and national titles at the 2013 NCAA Men’s Indoor and the 2015 NCAA Women’s Indoor Track and Field Championships and the 2016 NCAA Outdoor Track and Field Championships.

In 2016-17, Arkansas finished No. 20 in the Learfield Directors Cup, marking the eighth Top 25 finish in the last 10 years. Arkansas scored points in 16 of its 19 sports, finishing second in the nation among programs with 19 or fewer sports. The Razorbacks added another six SEC crowns to their collection including a conference Triple Crown in women’s cross country, indoor and outdoor track and field. Arkansas also advanced to the SEC Tournament Championship games in baseball, men’s basketball and soccer.

In the classroom, the Razorbacks continued to set new standards including posting a school record student-athlete grade point average of 3.25. Arkansas once again exceeded the national APR multi-year rate in all 19 sports, including posting its highest program average ever (977.8). The program’s Graduation Success Rate was a record 78 percent and 100 current or former Razorback student-athletes added their names to Senior Walk as University of Arkansas graduates.

Student-athlete development was also a priority. A $10.65 million gift from the family of former Razorback and Dallas Cowboys owner Jerry Jones, the largest gift to athletics in more than two decades, transformed an already nationally recognized program into one that rivals any in the country. The Jerry and Gene Jones Family Student-Athlete Success Center is a 55,000 square foot facility dedicated to the development of more than 460 Razorback student-athletes.

Even before his appointment as the CFP Selection Committee’s Chairman, Long’s leadership and unwavering commitment to the student-athletes and maintaining integrity within intercollegiate athletics had not gone unnoticed. In 2013, Long was named as an Under Armour Athletics Director of the Year for the Football Bowl Subdivision. In 2012, Long was named a finalist for the SBJ/ SBD Athletic Director of the Year. In the spring of 2012, the Donald W. Reynolds Foundation and longtime chairman Fred W. Smith made a combined gift of more than $1.25 million to the program in recognition of Long’s leadership of Razorback Athletics.

As a member of the Chancellor’s Executive Committee, Long helped to chart the course for the future of higher education at the University of Arkansas while integrating Razorback Athletics into the campus community. Arkansas is one of less than 25 institutions in the nation to have a financially self-sustaining athletics department. Razorback Athletics receives no state funding and does not collect a student fee. In fact, the department routinely gives millions of dollars each year to support other campus academic programs.

In each of the past seven years, Razorback Athletics has transferred funds totaling more than $1 million to support the university’s academic mission. For 2017-18, the department’s total support of university and student programs and initiatives will include more than $3.5 million in direct funding of academic programs.

Long was selected to replace legendary athletic director and former Razorback football coach Frank Broyles and even before he officially took the reins on Jan. 1, 2008, Arkansas announced that it would combine its previously independent men’s and women’s athletic programs. Long adeptly blended the athletic programs into one unified department and established a new administrative structure.

Under Long’s leadership, the program fortified its financial standing ensuring more support for the development of student-athletes. Long signed Arkansas to a decade long deal with IMG College to form Razorback Sports Properties that guaranteed the Razorback program $73 million. Long also negotiated an extensive all sports apparel and footwear agreement with NIKE, Inc. for all 19 Razorback sports programs.

In 2010, Long launched the “Answer the Call” campaign through the Razorback Foundation which resulted in more than 2,600 new members and helped generate more than $6.5 million in additional support for Razorback student-athletes.

With an eye towards the future, Long commissioned a comprehensive plan to assess the future facility needs of the program. Unveiled in October 2011, the Razorback Athletic Facilities Master Plan provided a vision and the road map for $320 million of facility renovations and additions that will help all 19 Razorback sports remain competitive in the SEC and nationally over the next 30 years.

Construction is already underway on the next chapter in the storied history of the Home of the Razorbacks, a $160 million Donald W. Reynolds Razorback Stadium and North End Zone Addition. The project will enhance the game day experience for all Razorback fans with a south end video board, a full 360 degree stadium concourse, new suites and club seats as well as new stadium entrances. The additional video board will be ready for the 2017 season with the completion of the full project prior to the 2018 season. No university funds, state funds or student fees will be required to complete the project.

According to a recent economic impact study, Razorback Athletics generates $162.7 million annually to the region’s economy. In addition, recent athletic construction has generated another $110.9 million for the region.

His experience as an athletic director and administrator in five of the six Bowl Championship Series conferences — the Big 12, Big Ten, Big East, Atlantic Coast and SEC — gives Long a uniquely informed perspective on intercollegiate athletics.

On the forefront of NCAA governance, Long has previously served on the NCAA Management Council, the NCAA’s Sports Wagering Task Force, the NCAA Championships/Sports Management Cabinet and as a member of the Executive Committee of the Division I-A Athletic Directors’ Association.

Prior to assuming his current roles at Arkansas, Long served for four years as the athletic director at the University of Pittsburgh. Long redefined Pitt athletics, most notably through the “Quest for Excellence” campaign that raised nearly $34 million to enhance the student-athlete experience. During his tenure, the program was selected No. 17 in the nation in the 2006 Sports Illustrated on Campus’ All-Sport Rankings.

Before arriving at Pitt, Long was senior associate athletic director at Oklahoma for two and a half years overseeing external a­ffairs for the Sooners. In addition, Long was the primary administrator for the Sooners’ highly successful football and men’s basketball programs, along with sport supervision of baseball, wrestling and both golf teams.

Long’s first appointment as a director of athletics was at Eastern Kentucky where he served for two and a half years. Prior to Eastern, Long had a brief stay with Virginia Tech as an associate athletics director.

He began his career in college athletic administration at Michigan, hired by legendary coach and athletics director, the late Bo Schembechler. During his seasons with the Wolverines, Long was promoted through a series of posts to the position of associate athletics director.

A former two-sport athlete at Ohio Wesleyan, Long earned seven varsity letters for the Bishops in football and baseball before completing his degree in economics in 1982. He started his post-graduate career in athletics working on head coach Tom Reed’s sta­ff as a graduate assistant football coach at the cradle of coaches, Miami University of Ohio. Long earned his master’s in education at Miami in 1983, moving on to football staff­ positions at Rice, Duke and N.C. State prior to joining Michigan.