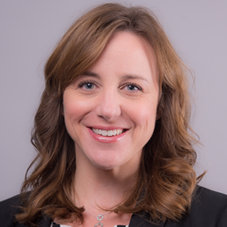 Cromer Peoples accepted the Director of Athletics position at Ohio University in fall of 2019.

In her sixth year at the University of Arkansas, Julie Cromer serves as senior deputy athletics director, associate vice chancellor and senior woman administrator (SWA) for Razorback Athletics. As a member of the department’s executive leadership team, Cromer directs the sport administrator group responsible for day-to- day administration of Arkansas’ 19 varsity sports, while guiding sport management specifically for the football and women’s golf programs.  In addition, she leads strategic planning efforts for the executive staff, while assisting with capital fundraising initiatives, in coordination with the Razorback Foundation. She also serves as liaison to the Southeastern Conference, the Chancellor’s Administrative Policy Council and various faculty and campus groups.

Actively engaged in intercollegiate athletics nationally, Cromer has served on committees and working groups within the NCAA, various athletic conferences and several professional development associations. Cromer currently serves on the NCAA Division I Board of Directors and the Board of Directors of Women Leaders in College Sports and just completed a term as Chair of the NCAA Committee on Women’s Athletics. She has delivered speeches, instructed seminars and served on expert panels at numerous national conferences and forums, including events hosted by the NCAA, the Knight Commission and various professional organizations, and she was selected for the 1A AD Fellows Program. In June 2012 she received the National Association for Athletics Compliance (NAAC) Frank Kara Leadership Award for her contributions to the field of athletics governance and compliance, and in 2015 she was named the Nell Jackson Administrator of the Year by Women Leaders in College Sports. Locally, the Northwest Arkansas Business Journal honored her as one of its top 10 “Women in Business” in 2016. More recently, she was included in College AD’s NEXT UP Class of 2017.

Cromer joined the University of Arkansas after spending four years at Indiana University and previously working at the NCAA. As the executive associate athletics director and SWA at Indiana, Cromer was a member of the department’s senior management team providing leadership, consultation and guidance to an intercollegiate athletics division with 24 varsity sports. In addition, she coordinated the department’s sports administration efforts and she was one of the first women in the Big Ten to supervise all football operations, including staffing, scheduling and facility planning. While at Indiana, programs under her direct supervision won one NCAA team championship, five NCAA individual championships and two Big Ten team championships.

Cromer arrived at Indiana University after a decade-long tenure at the NCAA national office. As director of academic and membership affairs, Cromer coordinated the policy and NCAA legislative activities of various governance groups and created partnerships with faculty, coaches and administrative constituent organizations to advance NCAA academic reform, along with other national governance and policy initiatives. For this work, Cromer was honored in 2010 by the 1A Faculty Athletics Representatives and in 2007 she received the David Knight Award from the NCAA Faculty Athletics Representatives Association.

Prior to joining the NCAA, Cromer was the assistant athletics director and SWA at Wright State University and she started her career at the Midwestern Collegiate Conference, working in championships, sport operations and compliance.

Cromer received an MPA in policy analysis from Indiana University’s O’Neill School of Public and Environmental Affairs and she is an Honors College graduate of Missouri State University.