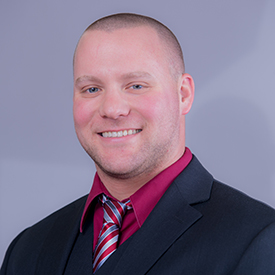 Mark Hinton is an Associate Athletic Trainer with the Razorbacks and has been working with the women’s track and field, cross country program for 13 years.

He joined the Razorbacks in 2009 as a member of the University of Arkansas athletic training staff and worked with the men’s and women’s program for two years as a graduate assistant athletic trainer (2009-2011). Hinton served as an Assistant Athletic Trainer with the women’s team since 2011 and became an Associate Athletic Trainer in 2019.

Hinton began his work at Arkansas as a graduate assistant and earned a Master’s of Science in Kinesiology/Exercise Science in 2011. He earned a Bachelor of Science in Athletic Training in 2009 from Emporia State University in Kansas. As an undergraduate he worked with the Hornet baseball, football, soccer, softball, track and field and volleyball teams.

Top Razorback Moment: Winning the first women’s national championship in history for the University of Arkansas with women’s track and field in 2015.  Also our subsequent national titles in 2016 and three in 2019 were up there as well!