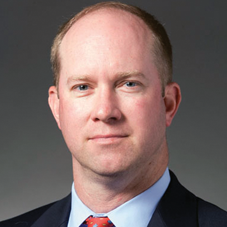 Matt Trantham joined the University of Arkansas as the senior associate athletic director for internal operations on 2008. He oversees all Razorback facilities and events and is the sport administrator for the men’s and women’s golf programs.

Prior to joining Arkansas, Trantham began his career in intercollegiate athletics with the University of Oklahoma on July 1999 where he worked with all 20 of OU’s teams in marketing and promotions. On 2004, he was named assistant athletic director for event management and was promoted to associate athletic director on 2006.

Before his time with the Sooners, Trantham worked five seasons in professional sports with Washington Sports & Entertainment in Washington, D.C.

Trantham and his wife Kristen are parents of two sons, Will and David, and two daughters, Morgan and Paige.