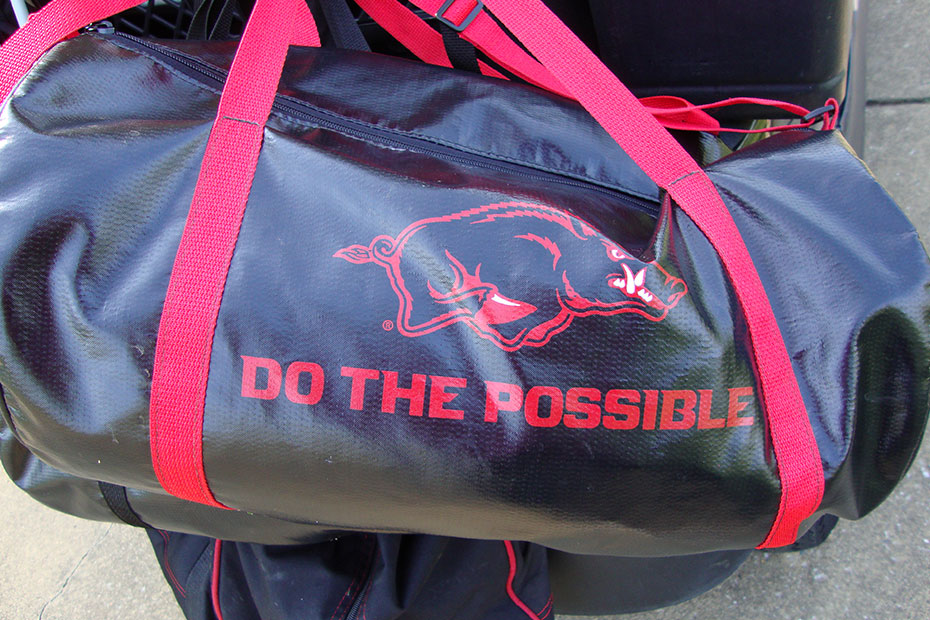 Swinging For A Title

FAYETTEVILLE, Ark. – The No. 10 University of Arkansas women’s golf team tees it up in search of the program’s first NCAA title at the 2019 NCAA Championship at Blessings Golf Club this week.

A fourth-place finish in last week’s Washington Regional allowed the Razorbacks to return home to compete for a title on their home course. This week, Blessings Golf Club will play as a par-73 and 6,473 yards, one of the longest Arkansas has played all year.

Player of the year candidate Maria Fassi headlines the talented Razorback squad. She and fellow seniors Kaylee Benton and Dylan Kim are all First-Team All-Southeastern Conference selections in 2019. A pair of freshmen in All-SEC selection Brooke Matthews and Ximena Gonzalez round out the starting five. Senior Cara Gorlei is in the lineup as an alternate.

Need To Know
Admission to the two-week event (both the women’s and men’s championships) has been generously underwritten by the Tyson Family and Tyson Foods, Inc., providing complimentary admission for fans. Concessions are available on the course. The practice round begins at 9:30 a.m. Thursday, May 16, followed by stroke play May 17-20. The Razorbacks are paired with Florida and Auburn and tee off beginning at 1:01 pm. On Friday.

The Field
The pressure-packed event welcomes 24 of the nation’s best teams including 20 teams in the Golfstat.com Top-25 and all of the top-11 teams in the nation.