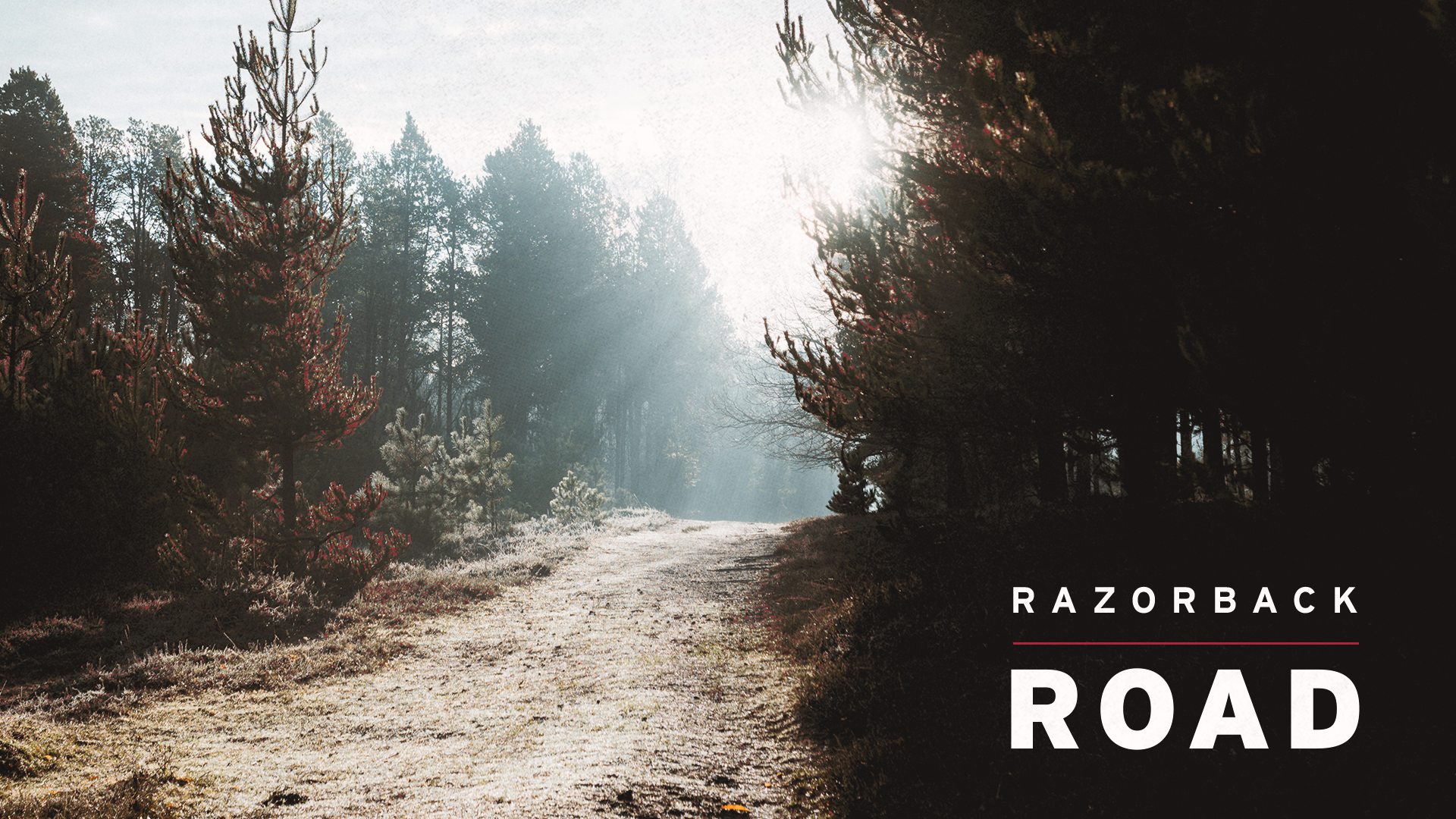 Tales from the Baseball Bus

I cringe to think of how much of his lifetime former Arkansas Baseball Head Coach Norm DeBriyn has spent on a bus. In his 33 years of coaching the Razorbacks, a bus was as much home to him as the third base dugout at George Cole Field or Baum-Walker Stadium in Fayetteville. For all the hours and miles, DeBriyn logged on the Razorbacks’ baseball chariot of the 1990s and 2000s, the bus remained his preferred mode of transportation throughout his coaching tenure.

Even when commercial air travel became an option for additional trips once the Razorbacks entered the Southeastern Conference, DeBriyn preferred the comforts of the front right seat with the expansive window view when it was feasible. After all, a chartered bus was a significant step up in luxury from where things had started back in 1970. 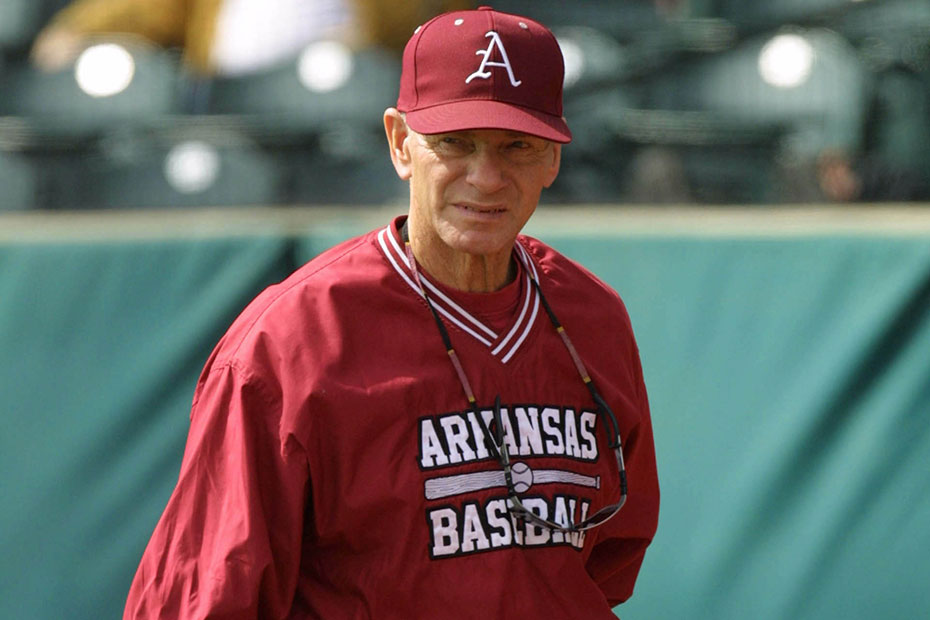 The truth is anyone who praises the virtues of a 10-12 passenger van is not likely the same person driving or riding in one. Yet, that is how travel was done for many years on trips throughout the Southwest Conference and beyond. All night drives back from the far reaches to Texas in 3-4 vans were just a part of the landscape of life back then. With that historical context, you can easily pardon DeBriyn for his affection for a climate-controlled charter bus that does not require the head coach to be the head navigator and chauffeur.

I admit, I still have a bit of nostalgia for that old baseball bus as well. While I certainly have no desire to relive some of those 10+ hour trips back after a Sunday afternoon conference series finale, looking back those hours on the bus provided some unforgettable moments and helped reaffirm a few life lessons.

The baseball bus was like its own little community with different neighborhoods to speak of. The front of the bus was reserved for coaches, then followed by other staff and finally players, generally from youngest to oldest as you moved to the back of the bus. Although the coaches were along for the ride, the Mayor of the bus was always the bus driver. Linked often by a love of coffee, talking about the weather and colorful personalities, the bus drivers were often the most beloved members of this tight-knit community.

With names like Gomer and Bud, they were often the comic relief in a sometimes up-tight environment. They are the behind-the-scenes MVP of any team. Even with the proliferation of charter air travel today, the bus driver is still a key component to the success of a program. While you may not be familiar with the name John Rodgers, he has literally been a driving force behind countless trips on the Road to Omaha in recent years.

It may be hard to fathom now, but there was a time when everyone did not have their own electronics device to offer personalized entertainment options on demand. A pair of headphones and a Walkman had become an option, but if you wanted to watch a movie it required a more democratic approach. Before the bus even rolled, someone was assigned to visit Blockbuster or Hastings to secure 3-4 movies to play on the VCR player on board. The one video screen was often above the driver or more precariously positioned just in front of the front right seat. Yep, that was where Coach DeBriyn sat. And that meant movies should be picked with caution and care.

I vividly remember seeing many movies on the baseball bus for the first time including such cinematic classics as “Dumb And Dumber.” However, there was one cardinal rule to the movie selection. Choose a movie that had minimal to any foul language in it. After all, a few too many four-letter words and the skipper was uniquely positioned to bring the hook. One bad choice could cost us all.

On one trip, when the opening credits of “Harlem Nights” started to roll, I ducked down a bit in my seat and shook my head knowingly. Needless to say, before the movie reached the equivalent of its second batter, it was shelved for the weekend along with all the other rented movies.

Just as with any other shared community, certain rules were established to ensure relative civility. Much like the unwritten rules of baseball, a working knowledge of the rules of the baseball bus could keep you clear of unwanted attention. It all began with boarding the bus to start the weekend. As with a parishioner on a Sunday morning, seat location was chosen strategically with neighbors in mind. Veterans and staff earned solo seat status with rookies doubling up if necessary.

Personal space was always a coveted premium on the bus. Any invasion of personal space could be met with a quick and hostile response. The Biblical advice of “Do Unto others as You would have them do unto you” was not necessarily intended for bus decorum but fits quite nicely. If you want to sleep, let others sleep. If you play practical jokes, be prepared for the payback. All is fair in love and war, and in this case on an all-night baseball road trip.

If arriving at your eventual destination on a road trip was like reaching the promised land, then arriving at a full-service truck stop was akin to a treasured refreshment oasis. From pork rinds to Funyuns, from sports drinks to soft drinks, the truck stop was a roadside baseball buffet. Sunflower seeds were always a staple for me. As the bus rolled, a mouth full of seeds provided both a snack and a task to salt away the remaining hours on the bus.

Far more memorable than the snacks, the movies or the card games, were the special moments that happened in the confines of that rolling fraternity. Many of them were born out of impromptu conversations or everyday circumstances, but all of them were experienced together.

One bus moment stands out from my time on the road. It came in 1999 on a road trip that began in South Carolina with the SEC title on the line. For the first time in school history, Arkansas was in position to win an overall SEC Baseball crown entering the final weekend of the regular season. A Razorback win on Friday night put a ring within reach and by Sunday, another victory clinched the first SEC championship for Arkansas and added to the championship legacy of Coach DeBriyn.

Yet there was still more to do. The next day, it was time to load the bus again and head to Hoover for the SEC Tournament. The mood was predictably jovial after a regular season title and as the bus rolled through Atlanta on the journey, a set of bright lights soon emerged along the freeway. In this case, it was the lights at Turner Field, Home of the Atlanta Braves. They were preparing to play a night game as we prepared to speed by the stadium.

All of a sudden, I could sense a flurry of activity behind me. Ryan Lundquist and other players were scurrying back in forth seat to seat passing along some sort of message. Then as the bus rolled along I-85 a ground swell of noise started to build. All of a sudden, every player in the bus was not only chanting, but waving a single arm in the motion of the Tomahawk Chop, the signature cheer of Braves’ fans. The volume continued to rise as we passed by the stadium and then a player representative came forward for a player-coach conference with the skipper.

Moments later, cheers erupted as Coach DeBriyn signaled our bus driver to turn around and head back to the stadium. An impromptu trip to the Braves game was in order and within the hour we were celebrating our championship with a night at the ballpark. Around the eighth inning, Coach DeBriyn issued his familiar decree. “Let’s Circle the Wagons,” and we all dutifully headed back to the bus to complete the trip to Hoover.

Through the years, I have been fortunate to attend to many Major League Baseball games, but that one will always hold a special place in my heart. I do not remember the score or even who won that balmy night in Atlanta. What I do recall all these years later is my shared experience with a special group of guys and a legendary coach who understood that along life’s journey sometimes all that is needed to create lasting memories is a seat on the bus.