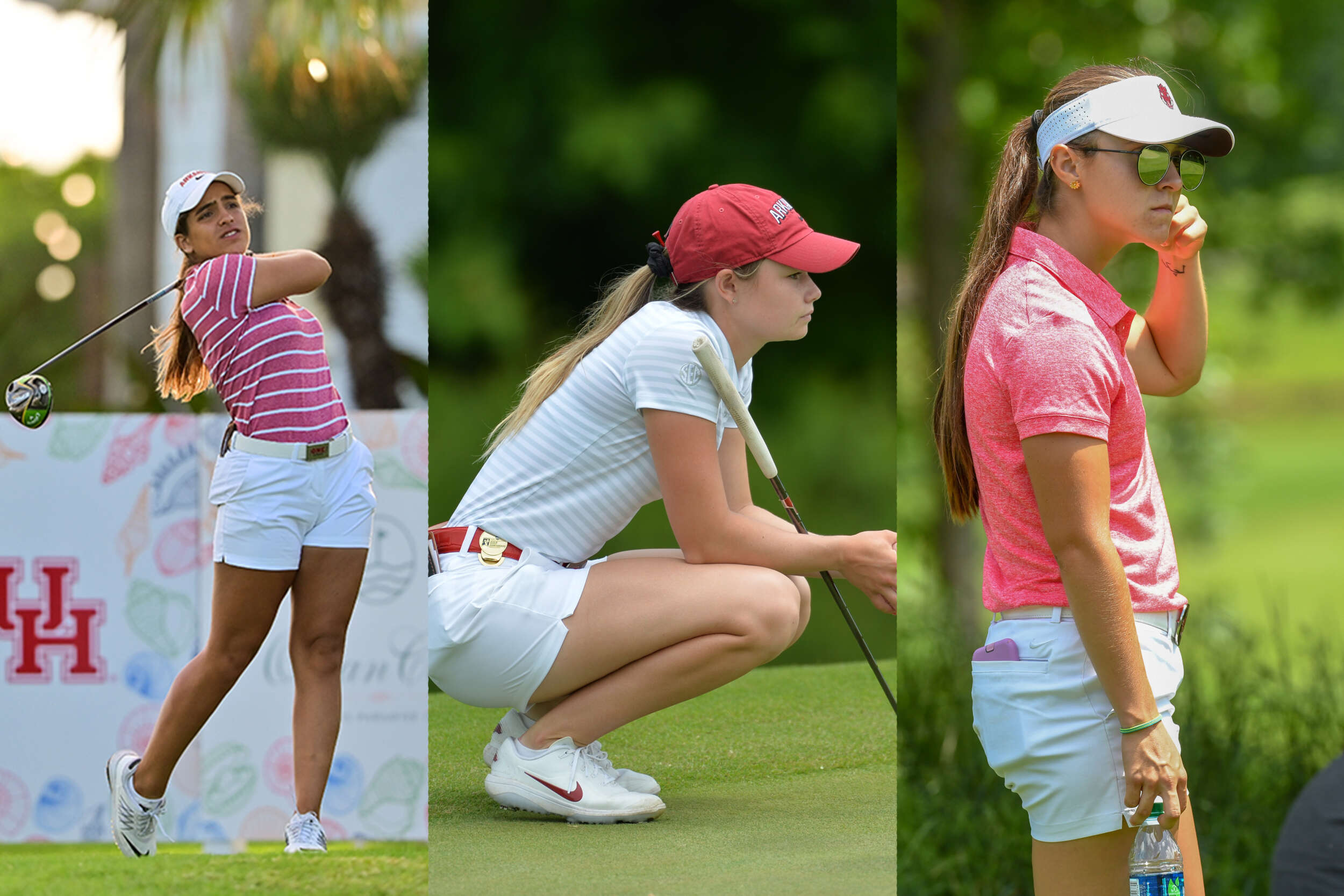 FAYETTEVILLE, Ark. – Ela Anacona, Maria Hoyos and Brooke Matthews will all take part in the Walmart NW Arkansas Championship Presented by P&G, the LPGA announced today. All three were granted entry via sponsor exemption. The three active players in the event are the most ever for Arkansas Women’s Golf.

“When I got the call that we had been awarded three sponsor exemptions for the 2020 Walmart NW Arkansas Championship presented by P&G, my first thought was this was the best news our team has received since the COVID-19 shutdown began back in March,” Head Coach Shauna Taylor said. “Most of the women on our team aspire to play on the LPGA Tour, and this is an amazing opportunity for them to test their games. I believe this opportunity sets Arkansas Women’s Golf apart from many of our competitors and this has become a driving motivator for our team to get this amazing chance to tee it up against the best in the world. To have an LPGA event in our backyard, at a home facility, and in front of Razorback Nation is one of the best weeks of our year. I know this year will look different without spectators, but I know that Ela, Brooke, and Maria will be working hard to represent our team and the University of Arkansas in a positive light.”

Anacona (72.33 in 2019-20), who will be making her debut at the event, showed well during her first season in Fayetteville, playing in five out of six events for the Razorbacks. On several occasions, the Buenos Aires, Argentina, native showed just how good she could be, highlighted by a sixth-place finish at the highly competitive White Sands Invitational. Anacona’s 211 in that event was tied for the best 54-hole event played by a Hog this season, and her top-10 finish at the event was one of three all season for the Hogs. For her efforts, Anacona was named Second-Team All-SEC and to the SEC’s All-Freshman Team.

Hoyos (73.11 in 2019-20), who will also be playing in her first Walmart NW Arkansas Championship Presented by P&G, put together a solid junior campaign on the Hill. The rising senior played in three events for the Hogs a season ago, placing in the top-30 twice. Her junior season was highlighted by her top-10 finish at the IJGA Collegiate Invitational.

For Matthews (73.39 in 2019-20), this will be her first time playing in the event, though she did play in the qualifier last summer, carding a 1-over 72. The redshirt junior had a productive encore showing for Coach Taylor and the Hogs, finishing four of her six events played last season in the top-35.

The Walmart NW Arkansas Championship Presented by P&G will take place August 24-30 at Pinnacle Country Club in Rogers, Arkansas. The tournament will be televised on Golf Channel.