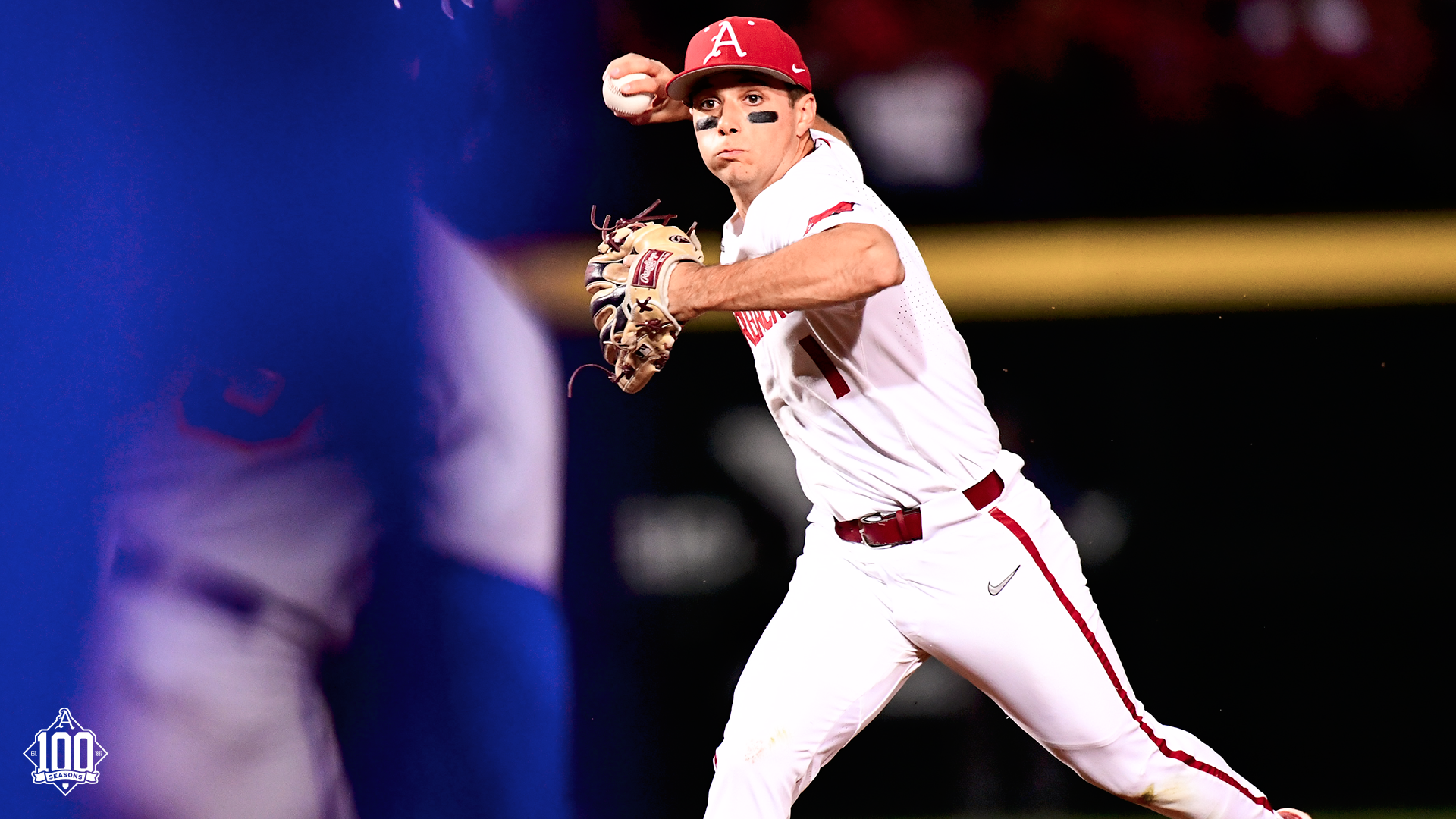 The Razorback second baseman’s go-ahead two-run single in the bottom of the seventh catapulted the Hogs from one down to a two-run lead. In the very next frame, Moore’s stellar glovework started an inning-ending double play to help true freshman reliever Brady Tygart escape a bases-loaded jam and preserve the Hogs’ advantage.

Arkansas ace Connor Noland looked every bit of one on Thursday night, carrying a no-hitter through his first 5 2/3 innings before allowing a base knock. The veteran right-hander carded his sixth quality start of the year in the outing, finishing with seven strikeouts over six innings of four-hit, three-run ball.

The Hogs did not provide Noland with much run support, however, scratching out only two runs over the first six innings. Michael Turner’s RBI fielder’s choice in the bottom of the first and Braydon Webb’s bases-loaded walk in the third were all the runs Noland would get while he was on the mound.

Evan Taylor entered in relief of Noland in the seventh and struck out all three he faced looking as momentum began to swing in Arkansas’ favor. The Razorbacks plated three in the bottom half of the frame with timely hitting, including Braydon Webb’s RBI single and Moore’s go-ahead base knock.

Tygart locked down the final two frames in relief of Taylor, who earned the win to improve to 3-0 on the year. Moore’s double play helped Tygart escape a bases-loaded jam in the eighth en route to his team-leading fifth save of the season.

First pitch in game two between Arkansas and LSU is set for 6 p.m. Friday, April 15, on SEC Network. The Hogs are one win away from clinching their third straight series win over the Tigers as well as extending their SEC-leading consecutive home series win streak to 11.