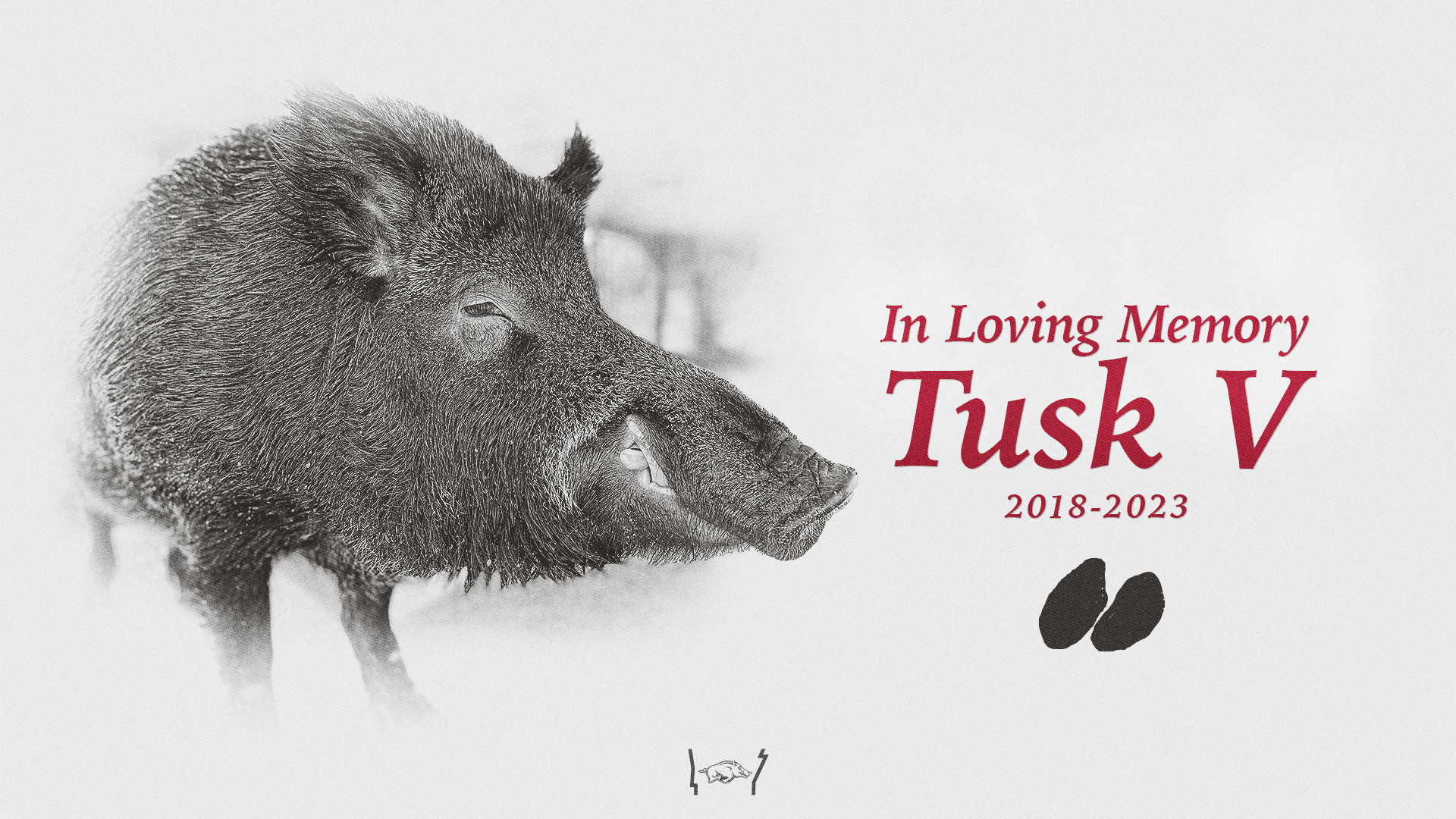 FAYETTEVILLE, Ark. – Tusk V, the live mascot of the University of Arkansas Razorbacks, passed away on Sunday afternoon, January 15, 2023, at his home outside of Dardanelle, Ark. Tusk V died of natural causes and was laid to rest on the Stokes Family farm.

Born April 19, 2018, Tusk V served as the official live mascot of the Razorbacks from 2019-22. Within that span, Arkansas turned in the two most successful years in the history of the program, including a pair of top-10 finishes in the Learfield Directors’ Cup and 18 combined SEC Championships, more than double the championships of the next closest SEC program (7).

In addition to leading the Hog Walk and appearing on the sidelines at home football games, Tusk V made numerous annual appearances at a variety of Razorback sporting events and other functions throughout the state. During his reign, Tusk V also participated in two One Razorback Roadshows across the state of Arkansas, connecting and interacting with fans of all ages, including eating grapes from the hands of his adoring fans.

For those that would like to contribute to the live mascot program in Tusk V’s memory, you can donate here or send a donation to Tusk Fund, c/o The Razorback Foundation, 1295 Razorback Road, Suite A, Fayetteville, AR 72701.