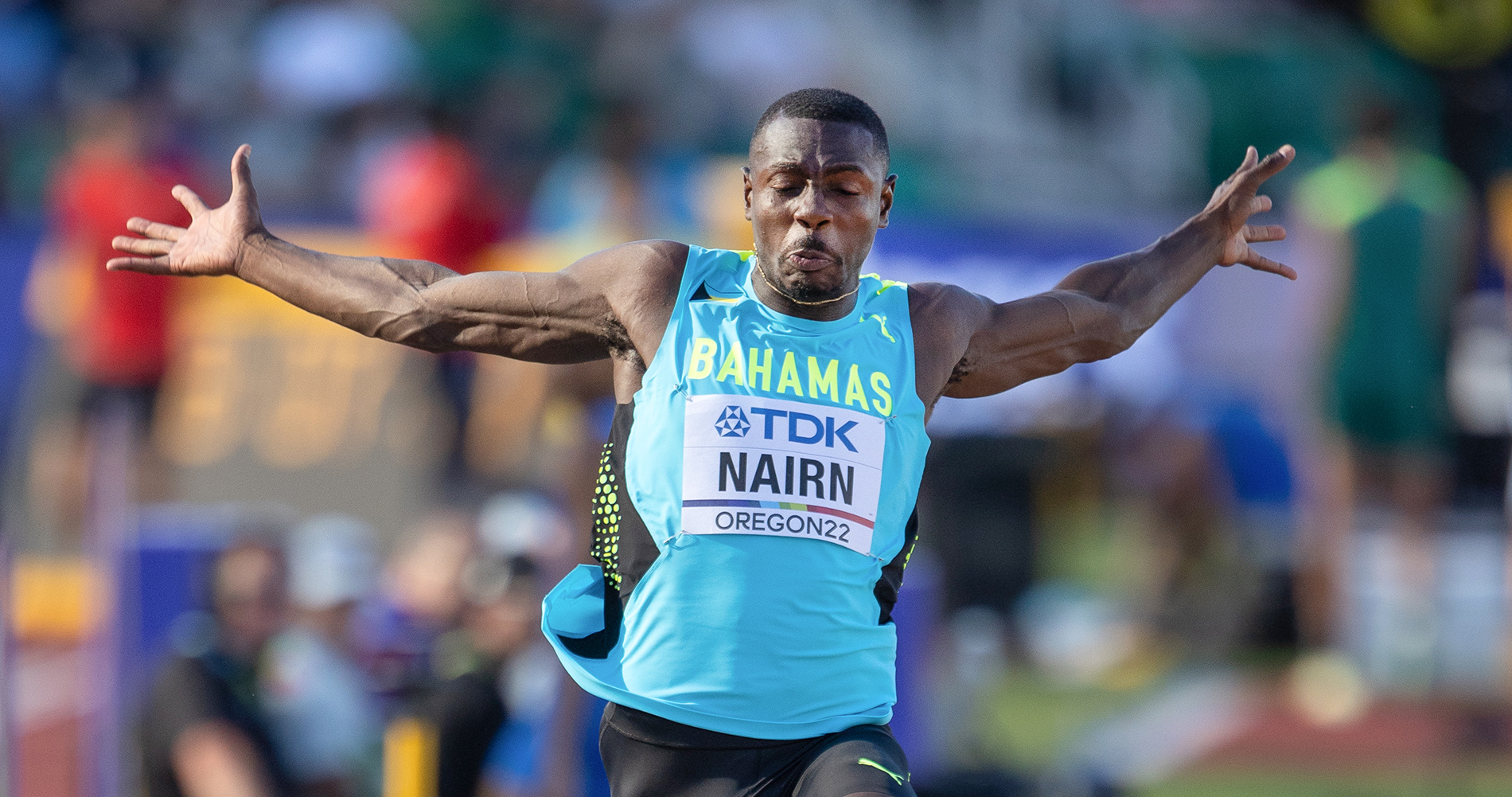 BIRMINGHAM, England – Two Razorbacks were in action at the Commonwealth Games on Tuesday as the first track and field session started at Alexander Stadium. Arkansas alum LaQuan Nairn and incoming transfer Rojé Stona both advanced to the final of their respective events.

At the World U20 Championships in Cali, Colombia, Razorback Heidi Nielson raced in the first final of the meet on Monday, placing 12th in the 3,000m with a time of 9:56.35. Nielson bettered the other American in the field as Kate Peters finished 14th in 10:05.09.

Nielson will race again in the 5,000m final on the last day of the meet, Saturday, August 6.

The effort by Nairn was second best overall among the field of 12 that advanced to the final. Leading the field with a wind-aided mark (+2.7) of (8.05) was Murali Sreeshankar of India, who is predicted by British magazine Athletics Weekly to claim gold in the final after he finished seventh in Eugene at the World Championships.

Challengers for medals also include Nairn along with a pair of Australians in Chris Mitrevski and Henry Frayne.

Australian Matthew Denny, favored to claim gold, led group B and was second best overall with a toss of 212-0 (64.63). Other medal contenders tabbed by Athletics Weekly include Alex Rose of Samoa, England’s Lawrence Okoye, and Nicholas Percy of Scotland, who ranked fourth, third and fifth in qualifying.

Nairn and Stona compete again on Thursday, August 4, in the final of their respective events.

Arkansas alum Kemar Mowatt of Jamaica was scheduled to race in the prelims of the 400m hurdles on Tuesday but did not start due to an injury.

Athletics Weekly predicts a Kenyan 1-2 finish in the 10k with Irene Cheptai and Sheila Kiprotich as they chase the Games record of 31:27.83 set in 2002. Scotland’s Eilish McColgan is the selection for bronze while Scott is tabbed to finish among the top eight.

In Cali, incoming Arkansas freshman Grant Williams will race in the first round of the 400m hurdles on Wednesday. Williams will run in lane 8 in the second of seven heats. The top three finishers in each heat, plus the next three fastest times will qualifying to the semifinal.