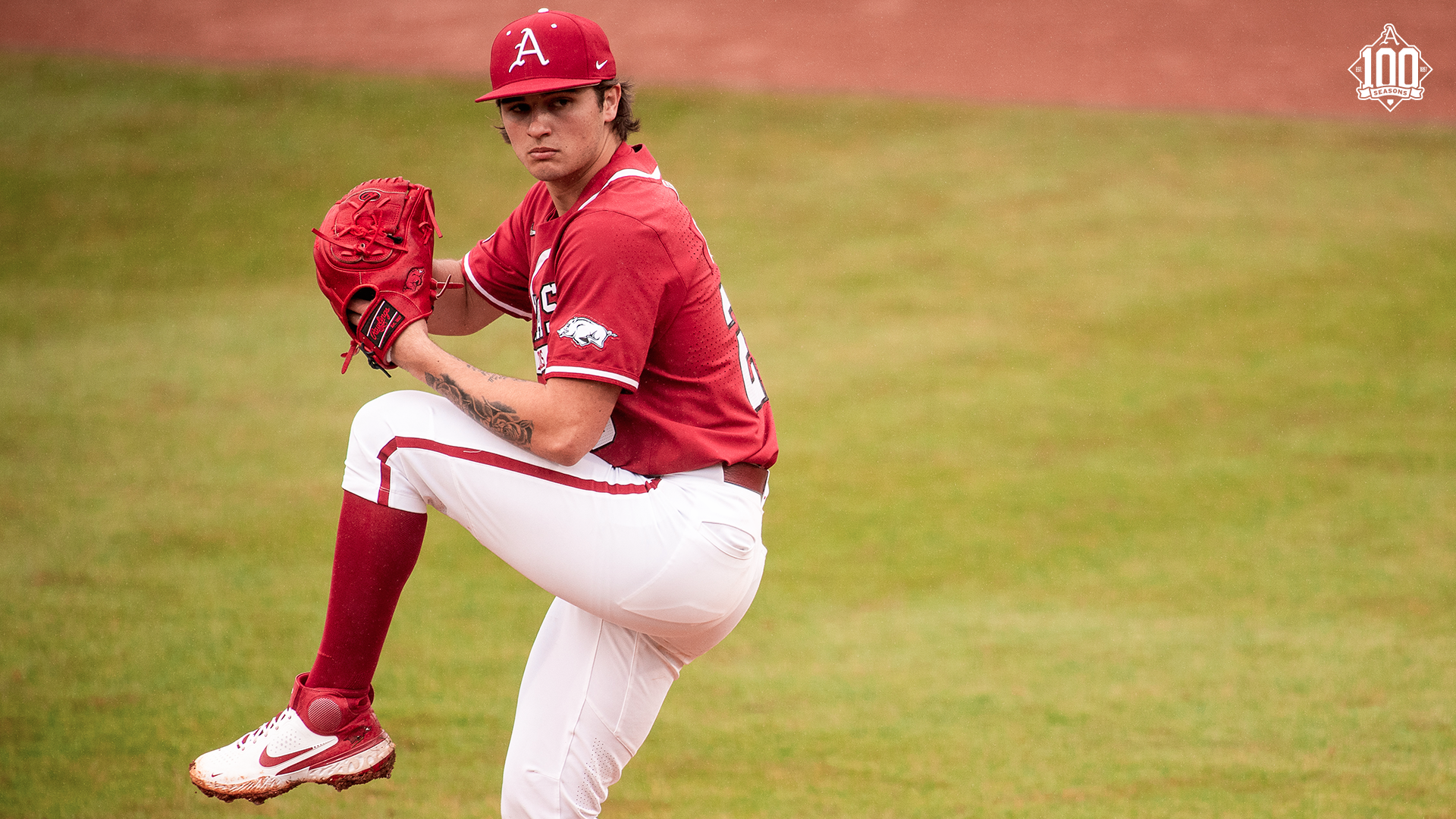 FAYETTEVILLE, Ark. – Arkansas closer Brady Tygart has been named to the midseason watch list for the National Collegiate Baseball Writers Association Stopper of the Year award.

Tygart is one of 62 players in the running for the award handed out to the nation’s best relief pitcher. He is one of only three true freshmen included on the NCBWA’s watch list, which was announced Wednesday.

The Hernando, Miss., native is 1-1 with a 1.59 ERA and six saves over 22 2/3 innings of relief work this season. Tygart has struck out 30 batters and allowed only four runs all year.

Tygart has been even more dominant in SEC play, owning a 1.06 ERA and five saves in 17 innings thus far. He has struck out 23 and walked just five while limiting opposing hitters to a .175 batting average.

The NCBWA will announce the finalists on Wednesday, June 8, with the winner being named on Friday, June 17, at the 2022 College World Series. Arkansas’ Kevin Kopps, the 2021 Golden Spikes Award and Dick Howser Trophy Award winner, was bestowed with the accolade last season.