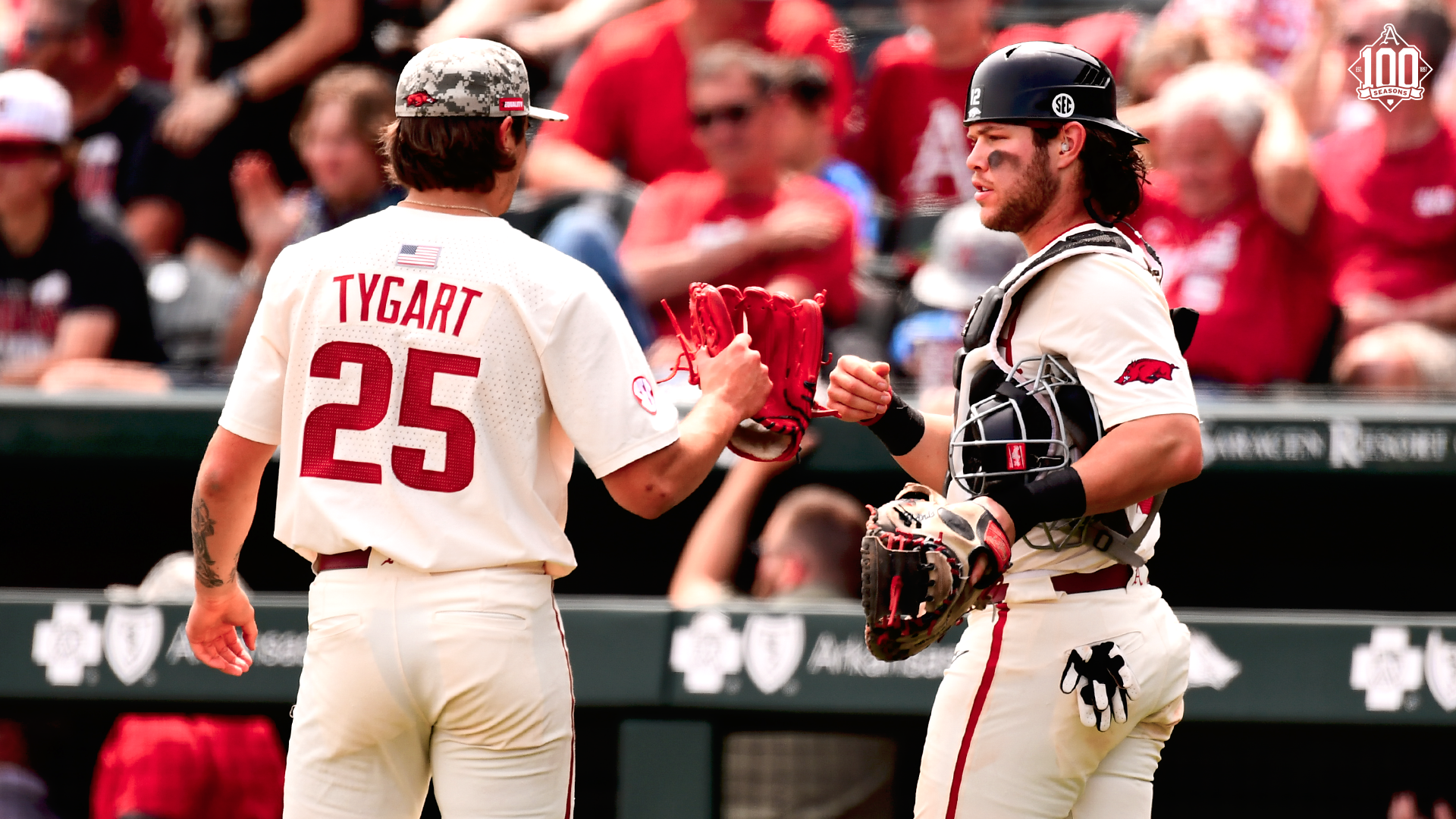 The Razorbacks, 34-10 overall and 14-7 in SEC play on the year, extended their SEC-leading consecutive home series winning streak to 12 with Sunday’s win. Arkansas, which earned its first home series win against Ole Miss since 2015, has won back-to-back series wins over the Rebels for the first time since the 2010 and 2011 seasons.

Ole Miss jumped out to an early one-run advantage by getting to Arkansas starter Jaxon Wiggins in the top of the first. Wiggins held the Rebels there for the next two innings, allowing the Hogs to take the lead in the bottom of the third.

Chris Lanzilli socked his sixth homer of the year with two outs in the frame, putting Arkansas up, 2-1, with his two-run blast to center. It was Lanzilli’s 48th career home run, which is tied for fifth most among all active Division I college baseball players.

Arkansas’ lead did not last long, however, as Ole Miss punched right back with a pair of runs in the top of the fourth. The damage knocked Wiggins out of the ballgame as he gave way to left-handed reliever Zack Morris.

Morris proceeded to throw three scoreless frames in middle relief, allowing just one hit and two walks over the course of his outing. He kept Arkansas’ deficit at one, which gave Michael Turner the opportunity to provide the game’s offensive heroics in the bottom of the fifth.

Turner’s two-run shot to right, which brought home Lanzilli from first, put the Hogs ahead for good. The Razorback catcher is now slashing a team-leading .331/.404/.529 with six home runs and 35 RBI on the year.

Tygart took over to start the seventh and quickly displayed why he is one of the best relief pitchers in the country. The Hernando, Miss., native took it Ole Miss, fanning five over three scoreless frames to lock down the win.

The true freshman faced adversity in the top of the ninth, but he overcame a bases-loaded situation to secure his seventh save of the season.

Arkansas looks ahead to its final midweek contest of the season, hosting Missouri State on Tuesday night at Baum-Walker Stadium. First pitch is set for 6:30 p.m. on SEC Network+.