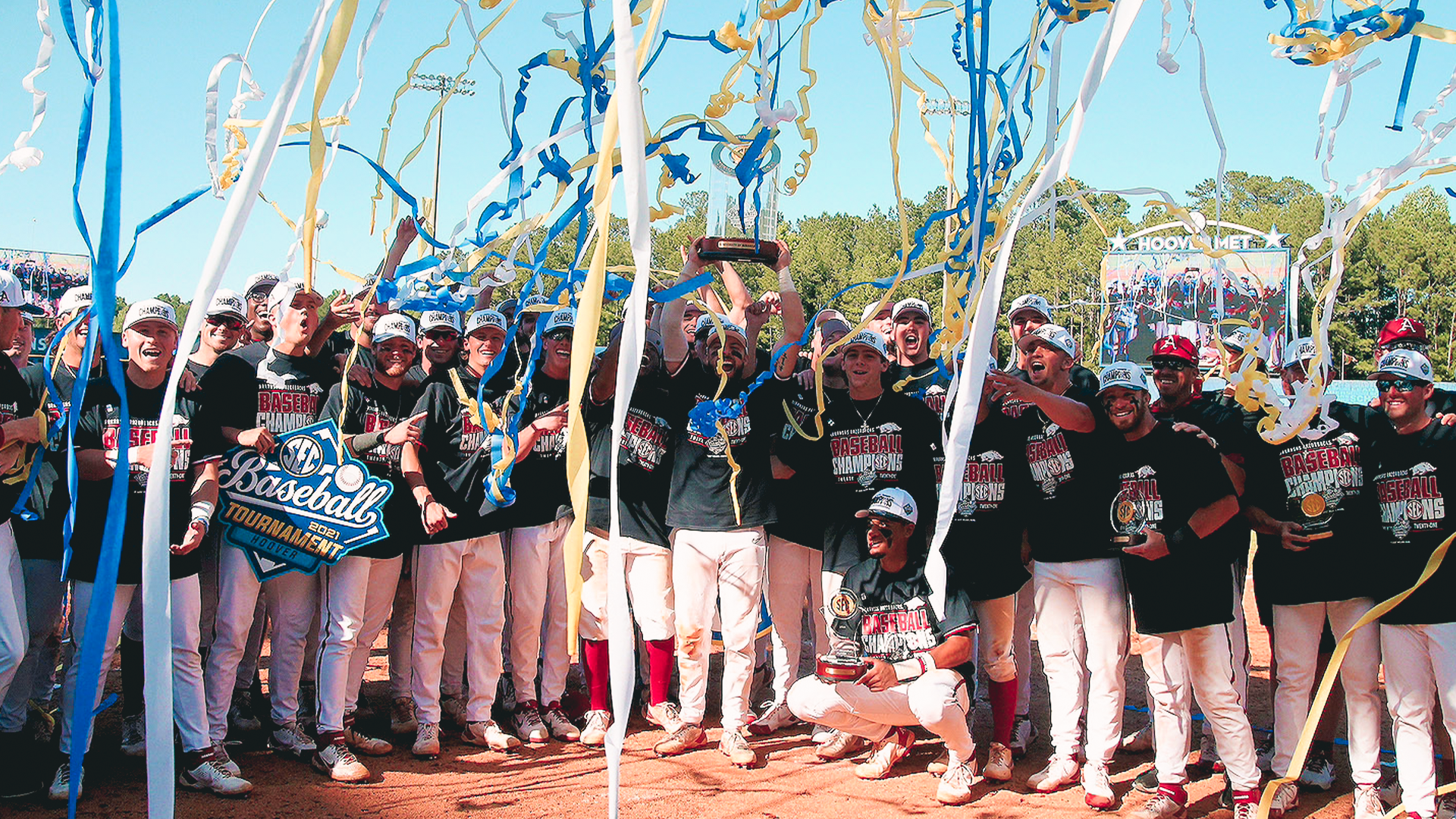 HOOVER, Ala. – The Hogs are coming home with another title.

Jalen Battles, who was named the tournament’s MVP, drove in a team-leading three runs in the win, powering the Hogs to their first title in program history. Battles racked up two singles and hit a solo home run in the triumph.

Kevin Kopps was his dominant self, locking down the final three innings of the ballgame to secure the win. The SEC Pitcher of the Year struck out three to earn his 10th save of the year.

True freshman Jaxon Wiggins started for the Razorbacks, turning in a strong outing on the biggest stage of his young career. The hard-thrower struck out five in 3 2/3 innings of one-run ball before giving way to the bullpen.

Ryan Costeiu and Lael Lockhart combined for 2 1/3 innings of shut-down relief work in the middle innings, allowing the Hogs to take advantage offensively.

Trailing 1-0 after four, Arkansas scored three in the top of the fifth to turn the game around. Battles’ first of three RBI came on a single to right, scoring Cullen Smith from second. Zack Gregory then brought home Casey Opitz from third with a single of his own one batter later before Matt Goodheart’s sacrifice fly to left put the Hogs ahead, 3-1.

Arkansas never looked back, extending its lead to 4-1 in the top of the seventh on Battles’ homer. Up 4-2 in the eighth, the Razorbacks once again put up a three-spot to take control of the game for good.

Smith’s two-run blast in the blast in the inning was the final dagger. The native of Tennessee homered to right on the very first pitch he saw to extend Arkansas’ advantage to 7-2.

Staked with a five-run lead, Kopps did exactly what he has done all season. He and Opitz, Arkansas’ most veteran duo, embraced on the mound after the game-ending fly out to center.