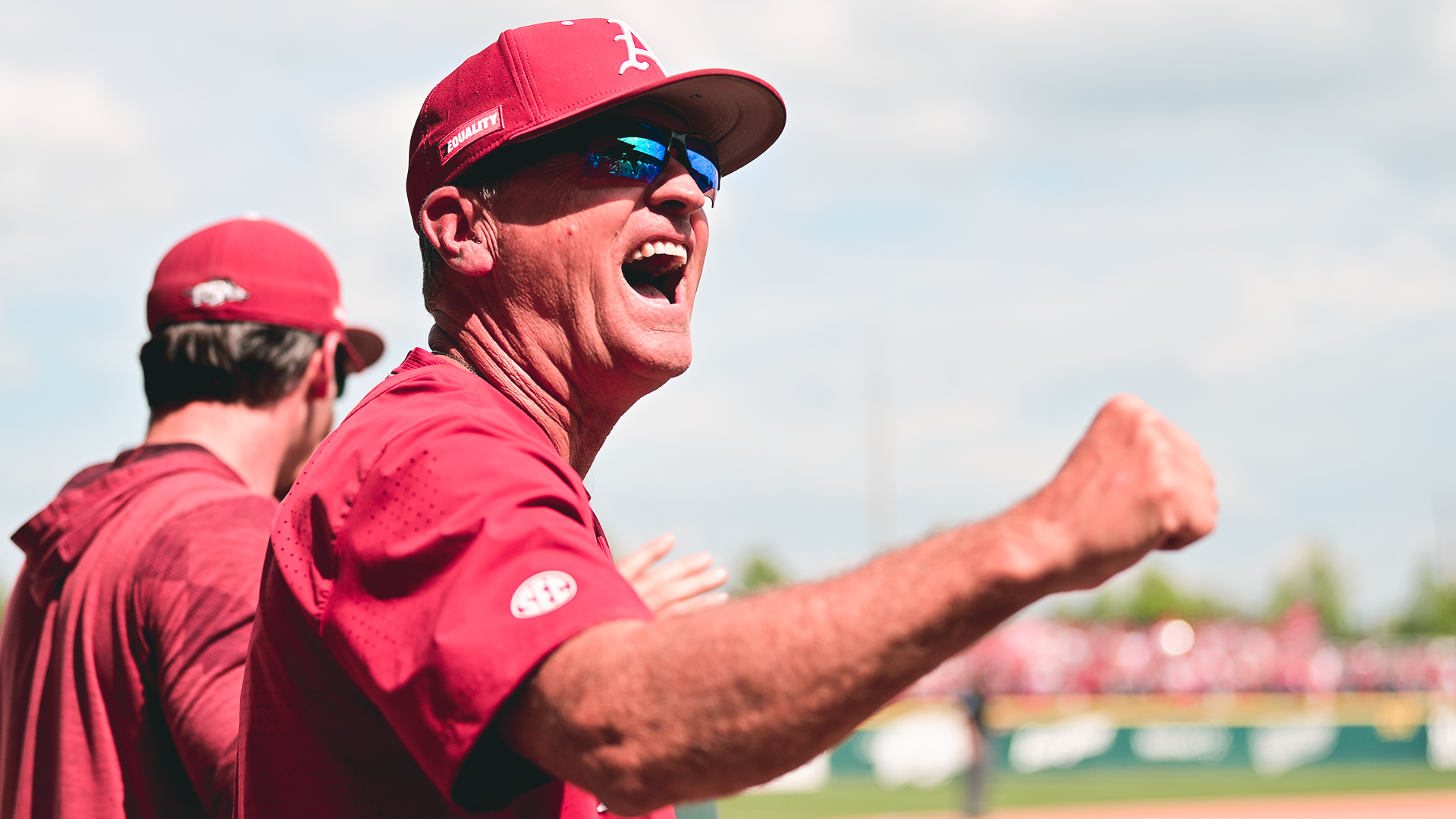 FAYETTEVILLE, Ark. – Fresh off a memorable 2021 championship season for Razorback Baseball, Dave Van Horn has signed a new employment agreement to extend his tenure as head baseball coach at the University of Arkansas for at least another decade.

Van Horn, the 2021 Southeastern Conference Coach of the Year, has agreed to a new five-year agreement, that includes five automatic one-year contract rollovers, that could extend his tenure at Arkansas through June 30, 2031. As part of the agreement, Van Horn will receive annual compensation of $1.25 million, with scheduled increases to his base salary and additional incentive compensation based on the Razorbacks’ success on the field.

In 2021, Arkansas won the outright SEC regular season title for the first time since 1999 and won the SEC Tournament crown for the first time in school history. The Razorbacks were ranked No. 1 throughout the season and earned the top national seed in the NCAA Tournament, advancing to the NCAA Super Regional round.

“Dave Van Horn is Razorback Baseball,” Vice Chancellor and Director of Athletics Hunter Yurachek said. “Since returning to campus almost 20 years ago to lead the OmaHogs, he has embodied what it truly means to be a Razorback; hard work, passion, loyalty and excellence. As Coach Van Horn and I sat down after this past season, his number one priority was to have the long-term security that ensured he was our Head Baseball Coach into the next decade. Coach Van Horn’s new contract provides he and his family with that security and provides our passionate Razorback fan base with the comfort of knowing our baseball program remains in great hands for the foreseeable future.”

In 19 seasons as head coach of the Razorback Baseball program, Van Horn has continued to elevate Arkansas into one of the nation’s premier teams year in and year out. Van Horn has led the Hogs to six College World Series appearances, 17 NCAA Tournament berths, two Southeastern Conference overall titles, six SEC Western Division championships and 750 wins and counting.

“I want to thank Hunter Yurachek and our administration for believing in me, and I’m looking forward to many more years leading our baseball program at the University of Arkansas,” Van Horn said. “I’m extremely proud of what we have accomplished so far, and I’m excited for the future as the coaches and players are working hard to bring a national championship to the best fans in college baseball.”

Ever since returning to his alma mater in 2003 to take over for retiring SEC legend Norm DeBriyn, Van Horn has successfully fielded nationally competitive teams while also grooming numerous All-Americans, all-conference performers and future MLB ballplayers. Under his tutelage, 30 Razorbacks have been named All-Americans, 41 as All-SEC players and 120 have been picked in the MLB Draft. Two Razorbacks – Andrew Benintendi and Kevin Kopps – have won the Dick Howser Trophy, the Heisman Trophy of college baseball, during Van Horn’s tenure.

Van Horn, the second-winningest coach in Arkansas history with 750 wins, is one of two active head coaches in the SEC with 750 or more wins at their current school. He won his 700th game as the Hogs’ skipper in what turned out to be the team’s final game of the 2020 pandemic-shortened season. In 2021, Van Horn was named the SEC Coach of the Year after leading the Razorbacks to a 50-win season for the first time in his tenure.