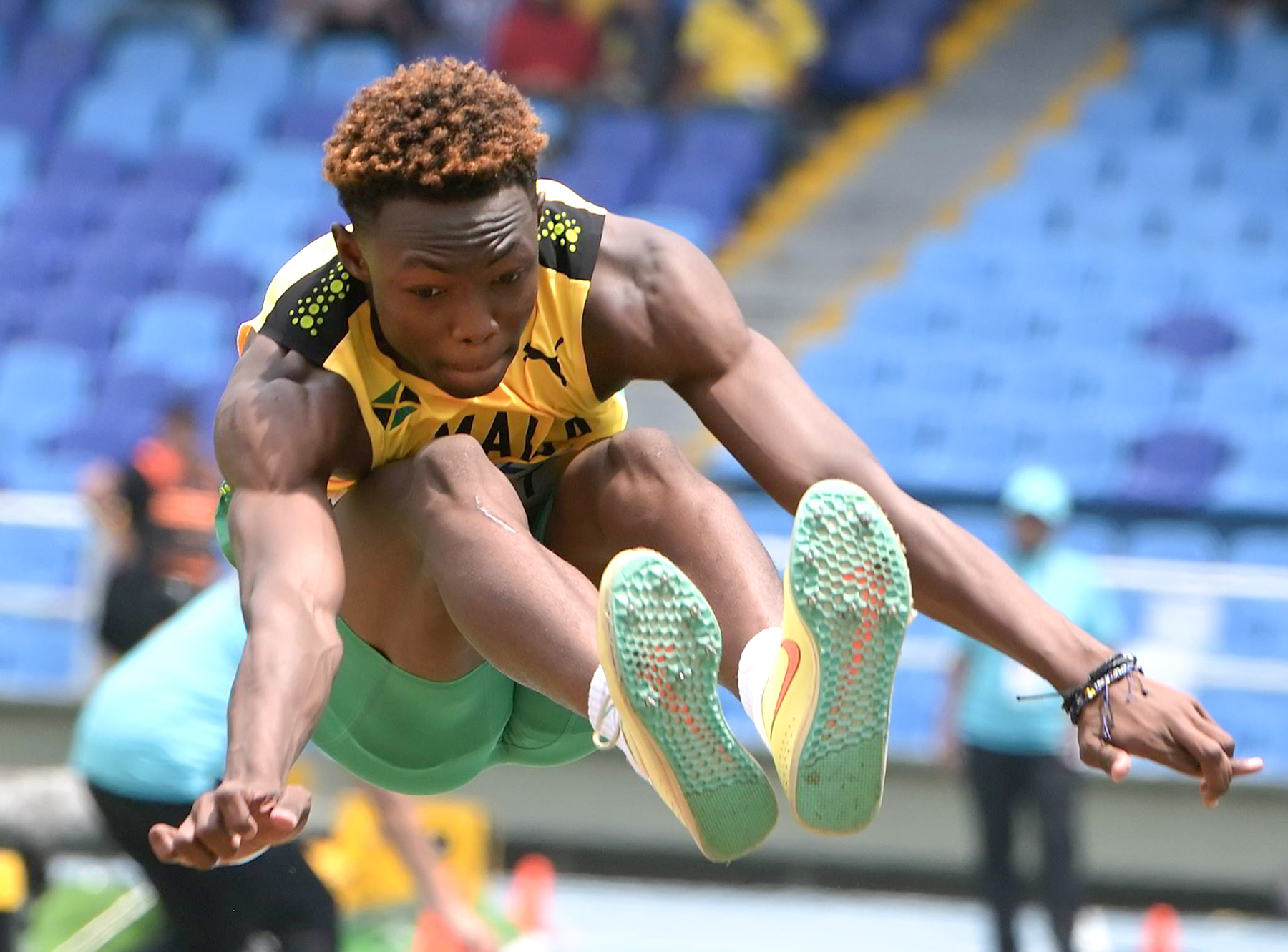 CALI, Colombia – Incoming Razorback freshman Jaydon Hibbert of Jamaica broke the World U20 Championship triple jump record on his first attempt leap of 56 feet, 8 inches (17.27) in the final and captured the gold medal with a two-foot improvement to his previous career best.

The silver medalist at this meet in 2021 as a 16-year-old, Hibbert upgraded to gold with an amazing distance as the second jumper in the field after a rain delay moved the start time of the event from 4:55 to 6 p.m.

Beckford holds the senior Jamaican national record with a mark of 58-9.5 (17.92) from 1995. Hibbert now ranks as the No. 2 performer on the all-time Jamaica list with the No. 4 performance.

Hibbert also bettered his previous PR in the second round with a mark of 55-2.25 (16.82), and then passed his remaining attempts.

Earlier in the day another incoming Razorback freshman, Grant Williams, ran the third leg on Team USA’s 4 x 400 relay. Williams received the baton in second place among a lead group of four counties that Canada led.

On the backstretch of his carry Williams passed Canada and then put some distance on the field to extend the lead for the United States.

Racing in the prelims of the Commonwealth Games 100m hurdles on her birthday, Cindy Sember posted a wind-aided time of 12.67 (+2.5) to win the first of three heats.

Sember ranked third overall of the crew heading to the final on Sunday behind a 12.40w for Nigeria’s Tobi Amusan and Australia’s Michelle Jenneke (12.63w).

Also scheduled to compete on Sunday, the final day of competition at Alexander Stadium in Birmingham, England, are Jah-Nhai Perinchief (Bermuda) in the men’s triple jump as well as Dominique Scott (South Africa) in the women’s 5,000m.