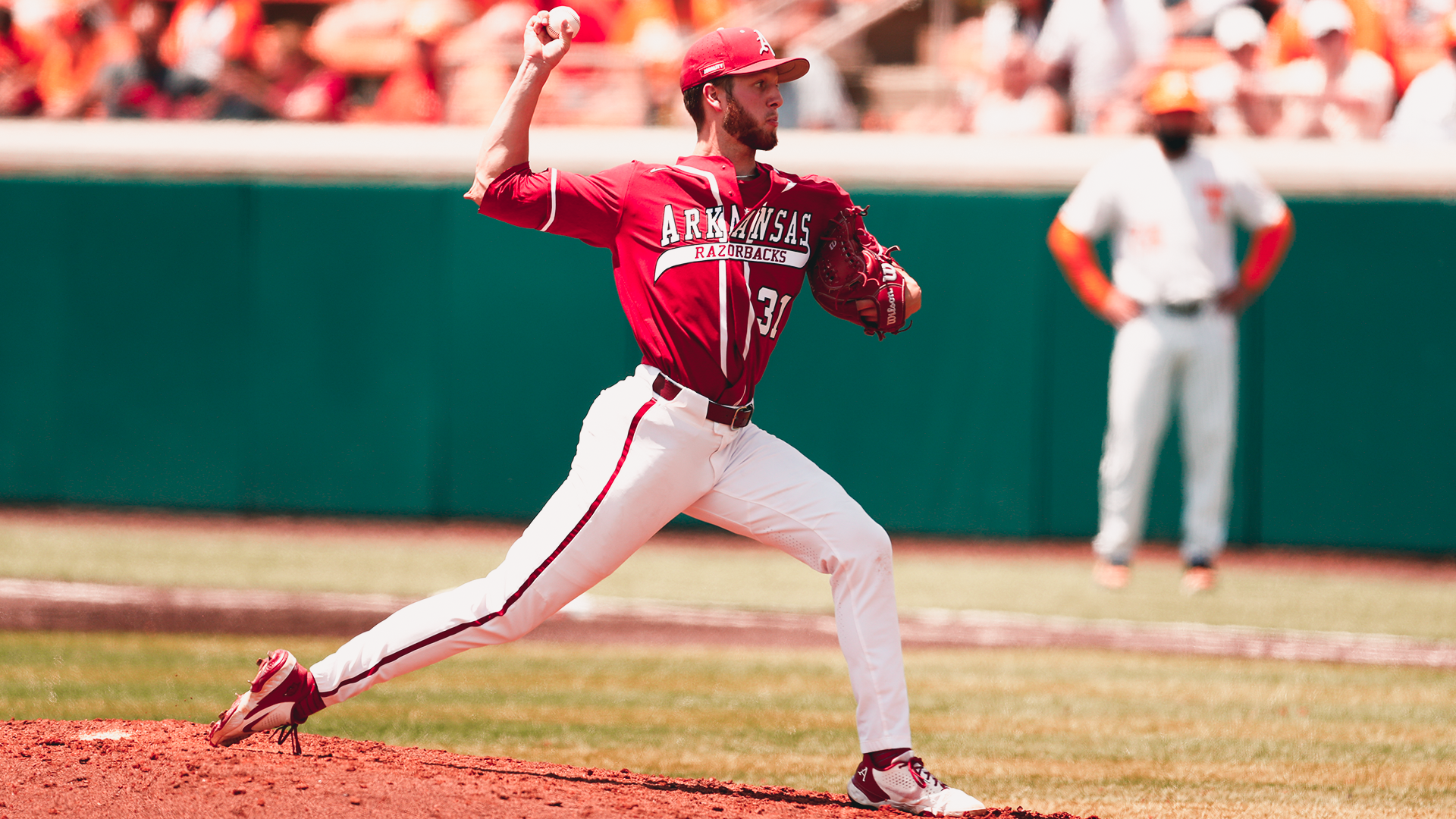 KNOXVILLE, Tenn. – Three outs away from a ninth consecutive SEC series win, No. 1 Arkansas was burned by a three-run, walk-off homer in the bottom of the ninth, falling to No. 4 Tennessee in a heartbreaker, 8-7, on Saturday afternoon at Lindsey Nelson Stadium.

For the second day in a row, Arkansas spotted Tennessee a couple of runs in the first inning. The Razorbacks’ deficit grew to three in the bottom of the fourth as Arkansas was kept scoreless through the first five innings of Saturday’s contest.

The comeback bid began in the sixth on Braydon Webb’s two-run shot to left. The outfielder’s fifth home run of the year brought the Hogs within one.

A few batters later, Christian Franklin hammered a no-doubter over the wall in left center. Franklin’s 11th blast of the season, punctuated by a magnificent bat flip, tied the ballgame at three.

Arkansas’ offense would not stop there. Jalen Battles doubled home Casey Opitz for the Razorbacks’ first lead of the afternoon before Webb dropped down a textbook RBI bunt single to extend the advantage to 5-3 in the seventh.

From there, the Razorbacks and Volunteers exchanged runs for the remainder of the game. Arkansas would enter the bottom of the ninth with a 7-5 lead, handing the ball to Jaxon Wiggins to close it out.

A leadoff bloop single and full-count walk set the stage for Tennessee’s dramatic finish. Volunteer second baseman Max Ferguson homered on the first pitch he saw for the 8-7 walk-off win.

Despite the loss, Caleb Bolden (3.1 IP) and Ryan Costeiu (1.1 IP) were strong in middle relief for the Hogs. The duo combined to strike out five, limiting the Volunteers to only two runs over 4 2/3 innings and allowing Arkansas to dig itself out of the early deficit.

The Razorbacks still have an opportunity to clinch their ninth straight SEC series in tomorrow’s finale at Lindsey Nelson Stadium. First pitch from Knoxville is set for noon CT Sunday, May 16, on SEC Network+.