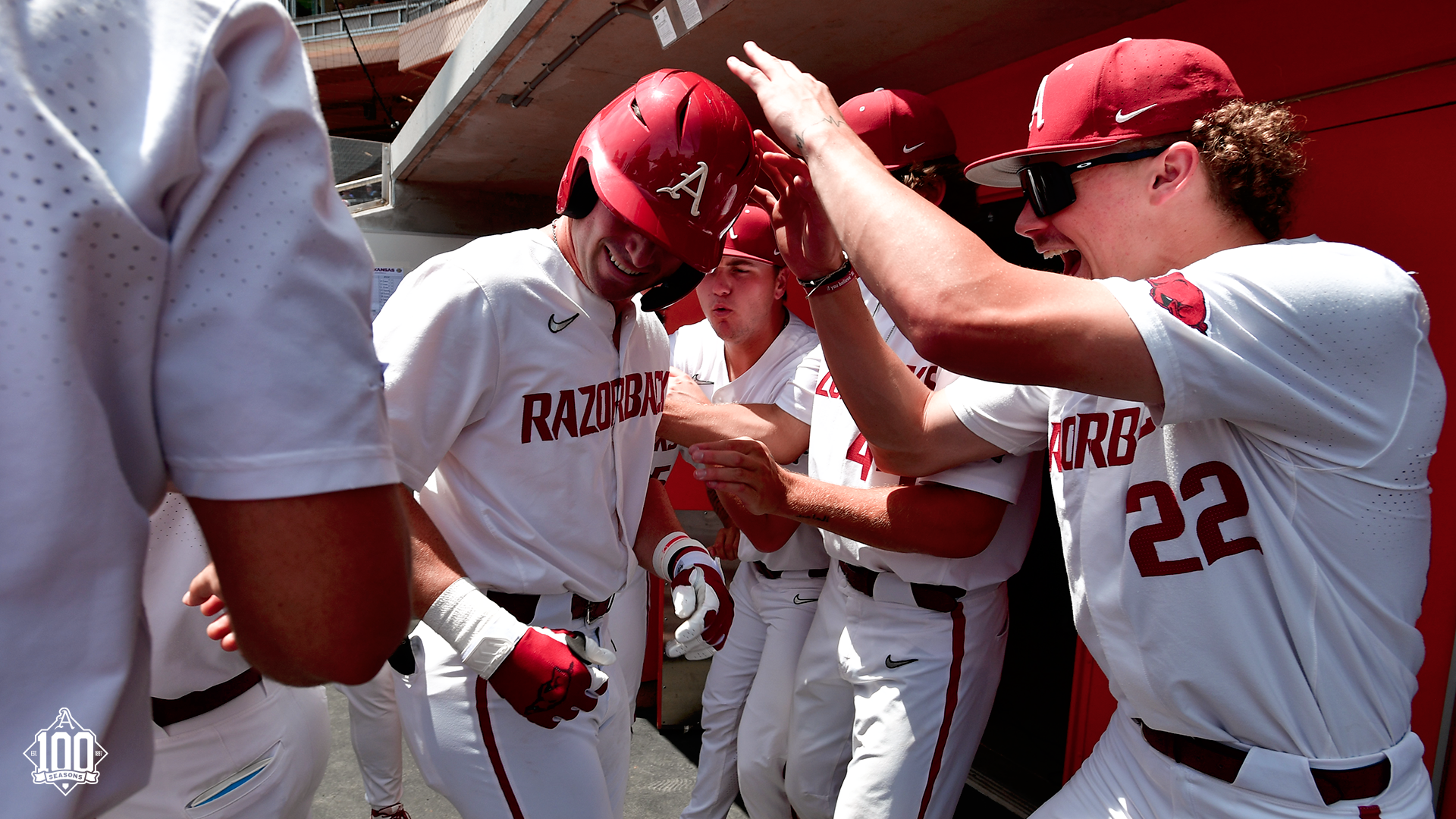 STILLWATER, Okla. – Cayden Wallace’s pair of home runs led Arkansas (39-18) to a convincing 7-1 win over Grand Canyon (41-20) on Friday afternoon in the opening game of the NCAA Stillwater Regional.

Arkansas, the No. 2 seed in the regional, will next play host and No. 1 seed Oklahoma State (40-20), who defeated No. 4 seed Missouri State (30-28) in Friday’s late game, in the winner’s bracket tomorrow night. First pitch is set for 6 p.m. Saturday, June 4, inside O’Brate Stadium on ESPN+.

The Razorbacks jumped all over the Lopes from the get-go, scoring five runs over the first two innings of play on Friday. Wallace’s first home run of the day came with two outs in the bottom of the first as he deposited an 0-1 pitch over the wall in left center to put Arkansas up, 1-0.

Arkansas continued to tee off on Grand Canyon starter Daniel Avitia, scoring four more in the bottom of the second to open a five-run advantage. The Hogs’ offensive outburst came with two outs and included two RBI singles as well as a bases-loaded hit-by-pitch.

GCU’s Avitia, the Western Athletic Conference Pitcher of the Year and Freshman of the Year, lasted just 1 2/3 innings while allowing five runs on four hits and three walks.

Wallace took Lopes reliever Blake Reilly yard in the bottom of the fourth, swatting his second home run of the day over the wall in left once again. The Greenbrier, Ark., native finished the game with two hits and three RBI, recording his third career two-homer game in the Razorbacks’ win.

Wallace and Turner’s big afternoon backed Connor Noland’s spectacular start on the mound. The Hogs’ ace twirled seven innings of one-run ball with four strikeouts to earn his sixth win of the season and card his team-leading eighth quality start of the year.

Kole Ramage was the only other pitcher Arkansas used in the ballgame as he emerged from the bullpen to secure Friday’s result. The right-hander struck out three over two scoreless innings and preserved the Hogs’ 7-1 win.