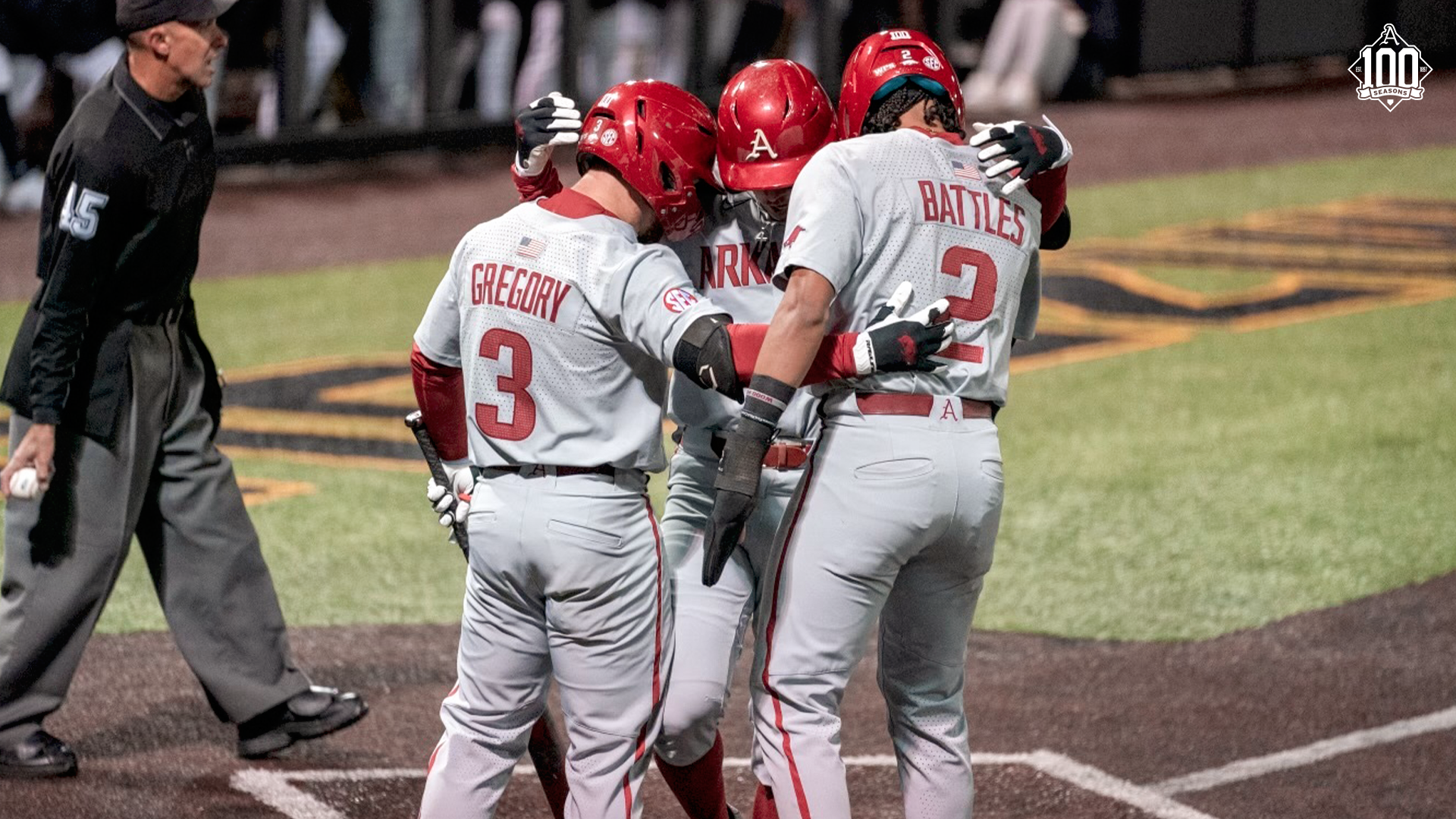 The Razorbacks extended their winning streak to 12 consecutive games, matching last year’s season-long 12-game win streak. It marks Arkansas’ longest winning streak since the 2010 campaign, when the Hogs won 13 games in a row.

Arkansas also improved to 4-0 in SEC play with Friday night’s win. The Razorbacks have started 4-0 in league play in four of the last five seasons.

Connor Noland started on the mound and turned in five innings of three-run ball. The veteran right-hander struck out nine before handing the game off to the Razorback bullpen with a 5-3 lead.

Arkansas scored in three of the first four innings, including two runs in the fourth on Michael Turner’s two-RBI double to left center. The Razorback catcher finished his night with two hits and three RBI, raising his team-leading batting average to .371 for the season.

Mizzou narrowed its gap with a run in the bottom of the sixth to cut Arkansas’ lead to 5-4 before tying the game at five apiece in the seventh. Tied to start the eighth, Webb stepped up to the plate with one on and nobody out.

The Razorback outfielder slugged a 2-2 pitch over the wall in right center to put Arkansas ahead for good. Webb’s 404-foot bomb was his fourth home run of the season and his third in as many games.

Gifted a two-run lead, true freshman Brady Tygart had no problems securing the win and his third save of the season. The Hernando, Miss., native struck out five in two scoreless innings to close out the Hogs’ 7-5 win.

Four Razorbacks, including Turner, finished the night with multi-hit games. Cayden Wallace racked up three hits, while Jalen Battles and Webb each had two base knocks.

Game two of the series between Arkansas and Missouri gets underway at 2 p.m. tomorrow on SEC Network with Matt Schick (play-by-play) and Chris Burke (analyst) on the call. The Razorbacks will look to clinch their 12th consecutive SEC weekend series win.