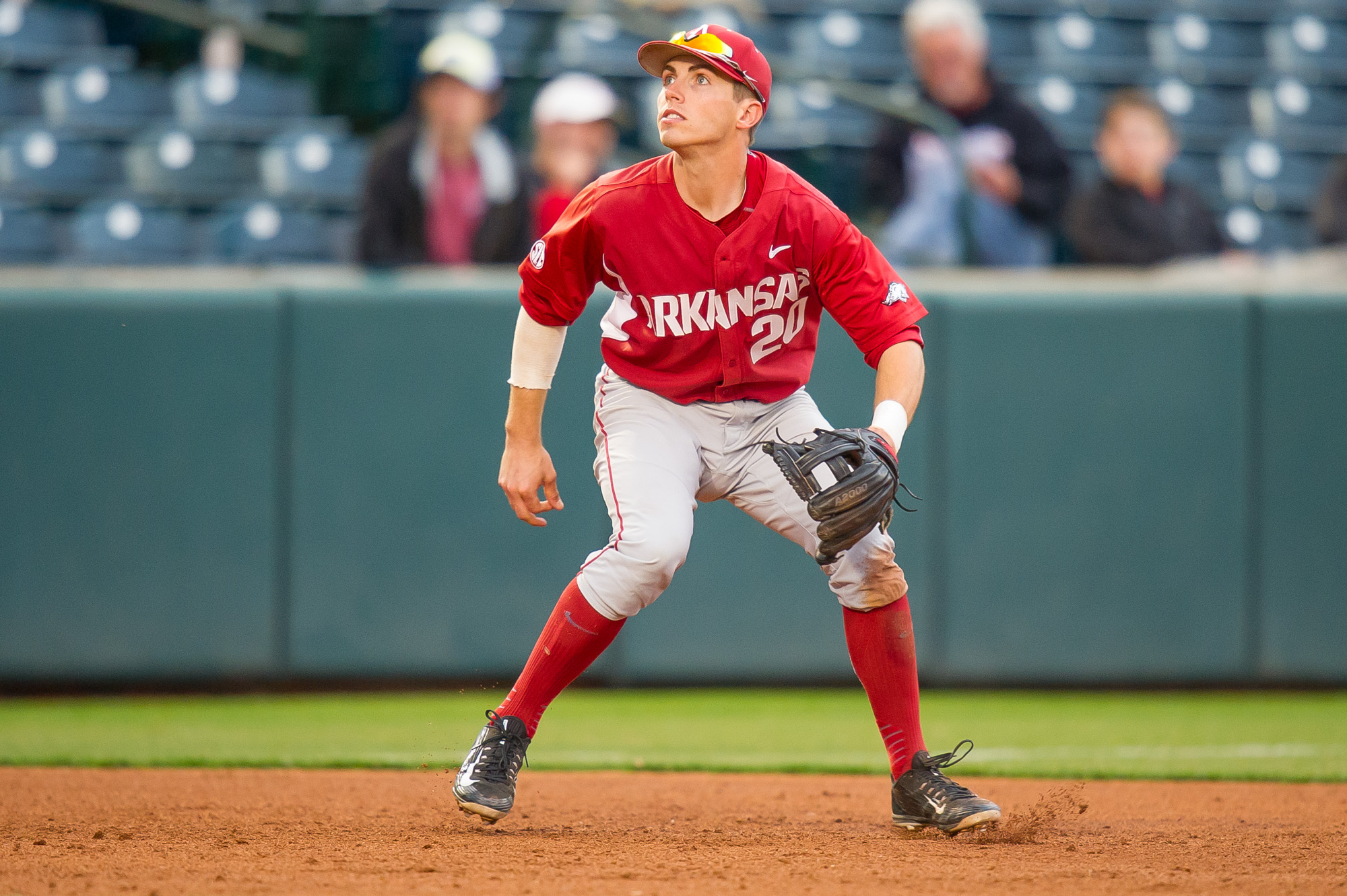 Western Illinois Up Next For Razorback Baseball

FAYETTEVILLE, Ark. – Coming off a tough loss to Gonzaga Wednesday afternoon, No. 14 Arkansas baseball is ready to get back on the field this weekend as it welcomes Summit League foe Western Illinois for a three game series at Baum Stadium. Arkansas enters the weekend with a 10-3 overall record, while Western Illinois is 2-8 on the year.

Follow Live
Fans can catch the entire series on SEC Network+ and the WatchESPN app with Alex Perlman (PXP) and Troy Eklund (Analyst) on the call. Also, all three games of this weekend’s series can be heard on the radio via the Razorbacks Sports Network from IMG with Phil Elson (PXP) calling the action along with Rick Schaeffer (Analyst).

Tickets
Fans can purchase tickets for this weekend’s series at the Razorback Ticket Office, online on ArkansasRazorbacks.com or at the gate of Baum Stadium.

– Third-baseman Carson Shaddy has been nothing short of consistent all season, tallying a team-leading 19 hits , five home runs and 12 RBI to add to it.

-Before last Saturday against Eastern Illinois, Shaddy had hit safely in 10-straight games and was 16-for-36 (.444) with five home runs.

-The 10-game hit streak is currently the third-longest in the SEC this season and his five home runs still leads the conference.

-Shaddy has had at least one hit in 12 of Arkansas’ 13 games this year, with six being of two hits or more.

-Dominic Taccolini gets the call for the fourth-straight weekend on Friday as he has been the lone consistent arm that Arkansas has used so far this year.

-Taccolini is 3-0 on the season, going five or more innings in each of his three starts.

-Last week against Eastern Illinois, the junior only went five innings, his shortest outing of the young season, but still only allowed two earned runs on four hits, while striking out five.

-Over his 18.0 innings, Taccolini has kept his walk total down considerably, giving only three batters the free pass this year.

-Keaton McKinney will be moved up a day as he will start on Saturday against Western Illinois. McKinney had his best outing of the year last week against Eastern Illinois, going 7.0 innings, allowing just one earned run on four hits with one walk.

-McKinney was locked in from the third inning on as he retired the final 15 of 17 batters he faced before getting relieved.

-Dave Van Horn has yet to announce his Sunday starter for Western Illinois. Freshman Blaine Knight has started the last two weekends, but has struggled since his first outing, compiling a 6.97 ERA through 10.1 innings pitched with 15 hits given up and eight earned runs.

Only seven games make up the all-time series between the Razorback and Leathernecks with Arkansas owning the advantage, 6-1. The last time the two teams faced off was for a three-game series in Fayetteville during the 2013 season. Arkansas took home the series win, 2-1, but Western Illinois did break the six-game series winning streak Arkansas had coming in to the series finale.

-Western Illinois is coached by fourth year head coach Ryan Brownlee. His 57 wins are the second-most by a WIU head coach in their first thre years, behind only Stan Hyman (66 from 2002-04).

-Jordan Pannell leads the relief corps with a 1.42 ERA… The senior right-hander allowed one run on six hits in 6.1 innings. He enters this weekend with 12 strikeouts and one walk with a .250 opponent batting average.