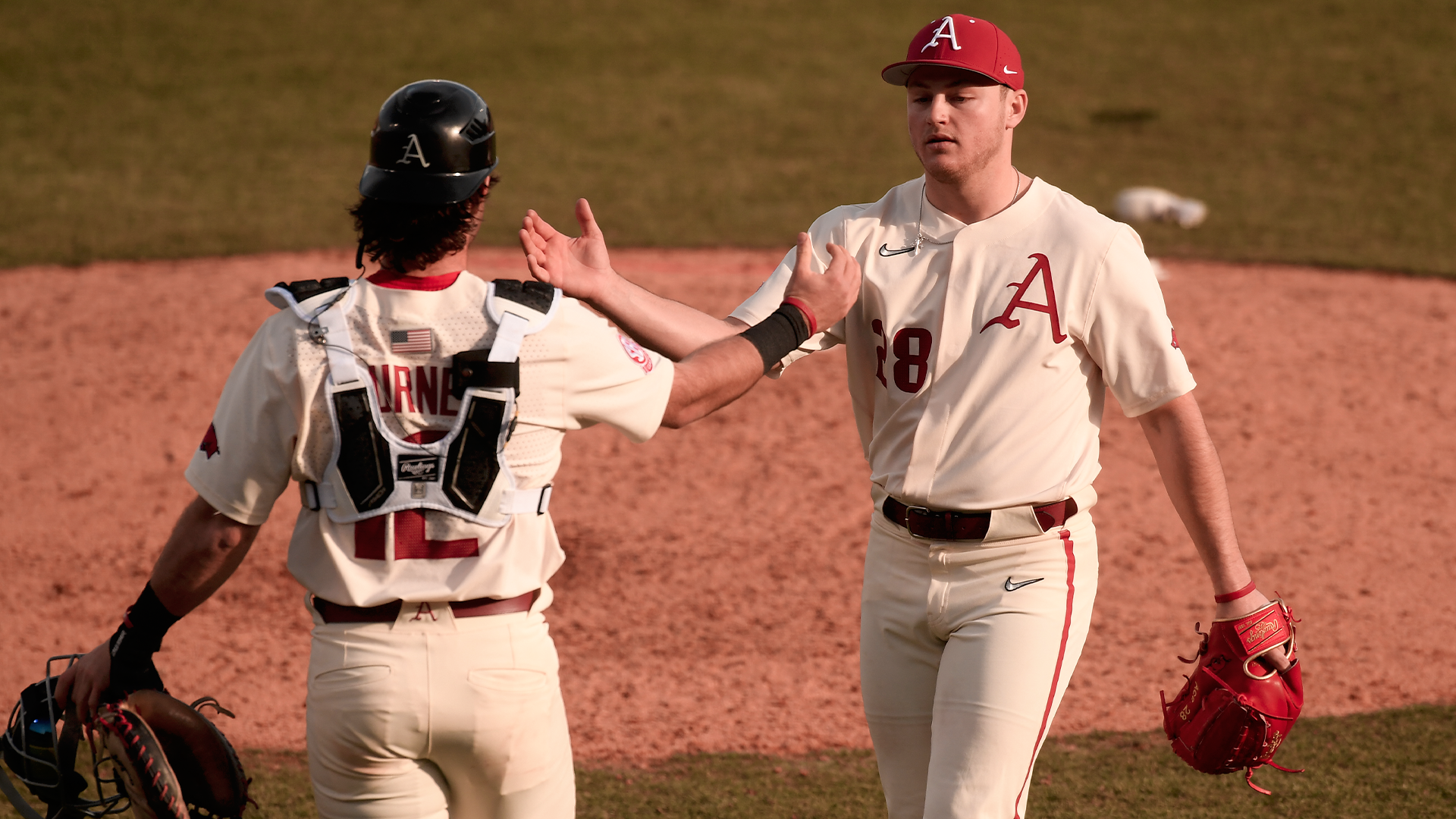 FAYETTEVILLE, Ark. – The first series of the year belongs to the Razorbacks.

Led by Jaxon Wiggins and Kole Ramage’s 11 combined strikeouts on the mound, No. 2 Arkansas held off Illinois State, 4-2, on Sunday afternoon at Baum-Walker Stadium to bring home a series win on Opening Weekend.

Since Dave Van Horn’s first season as skipper in 2003, the Razorbacks have won 17 consecutive season-opening weekend series when facing a single opponent for all three games.

The Redbirds touched Wiggins for a run in the top of the second, but it was all zeroes against him after that. The sophomore starter struck out five over five innings of one-run ball, turning in a career-long outing in his first start of the 2022 season.

Wiggins’ run support came in the bottom half of the fourth and fifth innings. Robert Moore led off the fourth with a double before coming around to score on Zack Gregory’s two-out single to tie the ballgame at one.

In the following inning, Chris Lanzilli and Brady Slavens each came through with run-scoring singles to extend Arkansas’ lead to 3-1 entering the sixth.

Ramage took over for Wiggins in the top of the sixth and mowed down the first three batters he faced on strikeouts. The right-hander from Southlake, Texas, suffocated Illinois State’s hitters for most of the afternoon, fanning six over four innings of two-hit, one-run ball.

After the Redbirds added a run in the top of the eighth to cut their deficit to one, Jalen Battles’ RBI double in the bottom half of the frame stretched the Hogs’ advantage back to two. Ramage locked down his four-inning save in the top of the ninth to secure Arkansas’ first series win of the year.

The Razorbacks (2-1) are on the road next week, trekking to Round Rock, Texas, to participate in the Karbach Round Rock Classic at Dell Diamond. Arkansas gets its weekend started against Indiana (0-3) at 7 p.m. Friday, Feb. 25, on FloBaseball.