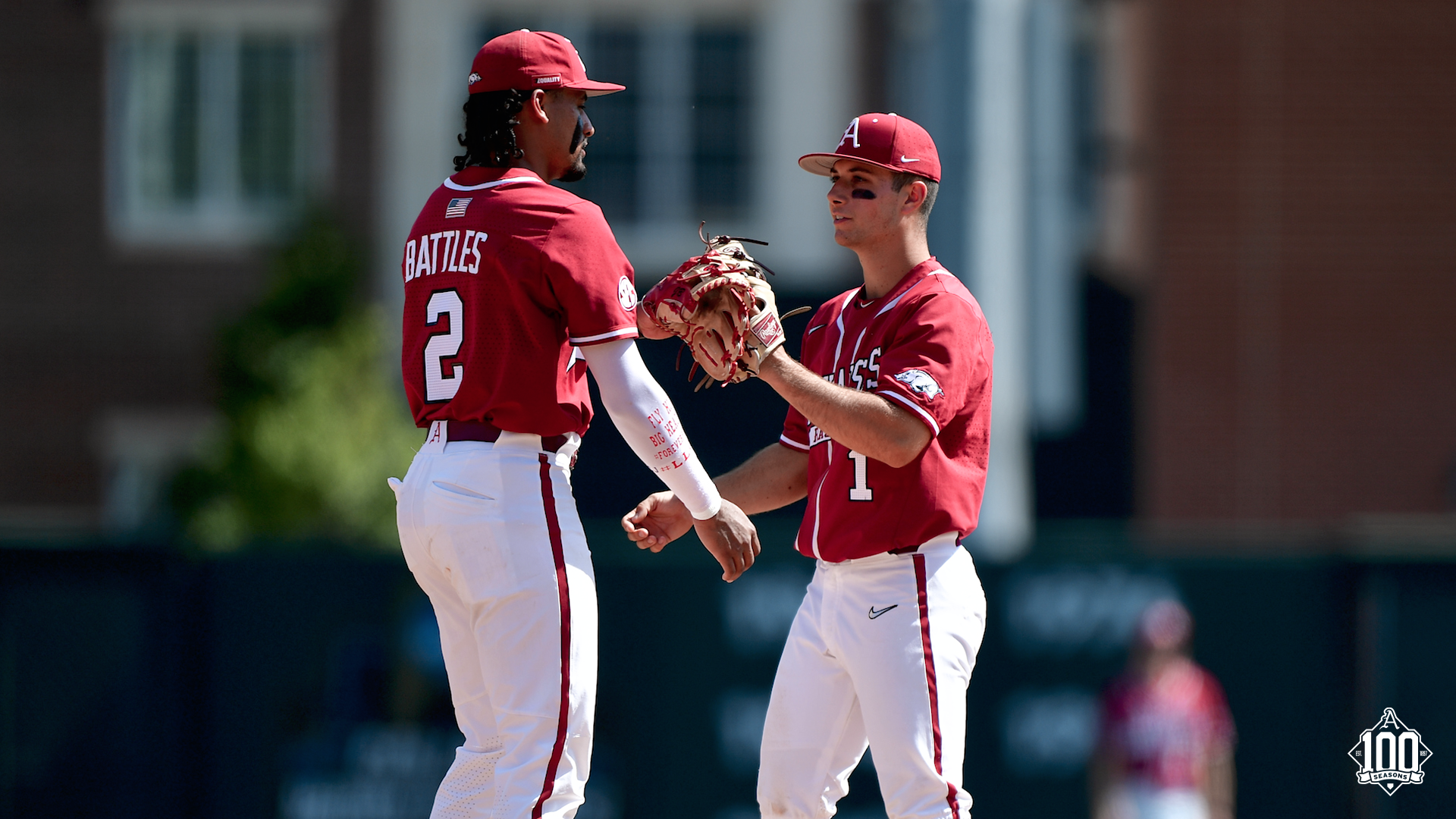 AUBURN, Ala. – Another SEC weekend series belongs to the Razorbacks.

Razorback starter Jaxon Wiggins was phenomenal over his five innings on Sunday afternoon, striking out six while limiting a potent Tiger offense to three runs (one earned) on three hits and two walks. Arkansas’ offense gave the hard-throwing right-hander plenty of run support, putting up five runs in the first three frames.

Braydon Webb’s three-run homer was the biggest part of Arkansas’ early offensive explosion. The Razorback outfielder blasted a no-doubter to left center in the top of the third, extending the Hogs’ lead to 5-2.

Handed a 6-3 lead, Will McEntire took over for Wiggins in the bottom of the sixth and proceeded to shut down Auburn for the next 3 1/3 innings. The right-hander emerged out of the bullpen for the first time this season and was dominant, striking out four and walking none while allowing just one run on three hits.

When Auburn put two runners on in the bottom of the ninth, Evan Taylor was called upon to extinguish the threat. The left-hander entered in relief and did exactly that, inducing a game-ending double play to preserve Arkansas’ 7-4 win and earn his second save of the season.

In addition to Webb, Cayden Wallace and Jalen Battles also turned in multi-hit, multi-RBI performances in the Hogs’ series-clinching win. Wallace collected two doubles and two RBI, and Battles drove home a pair of runners to help power Arkansas to its 36th win of the season.