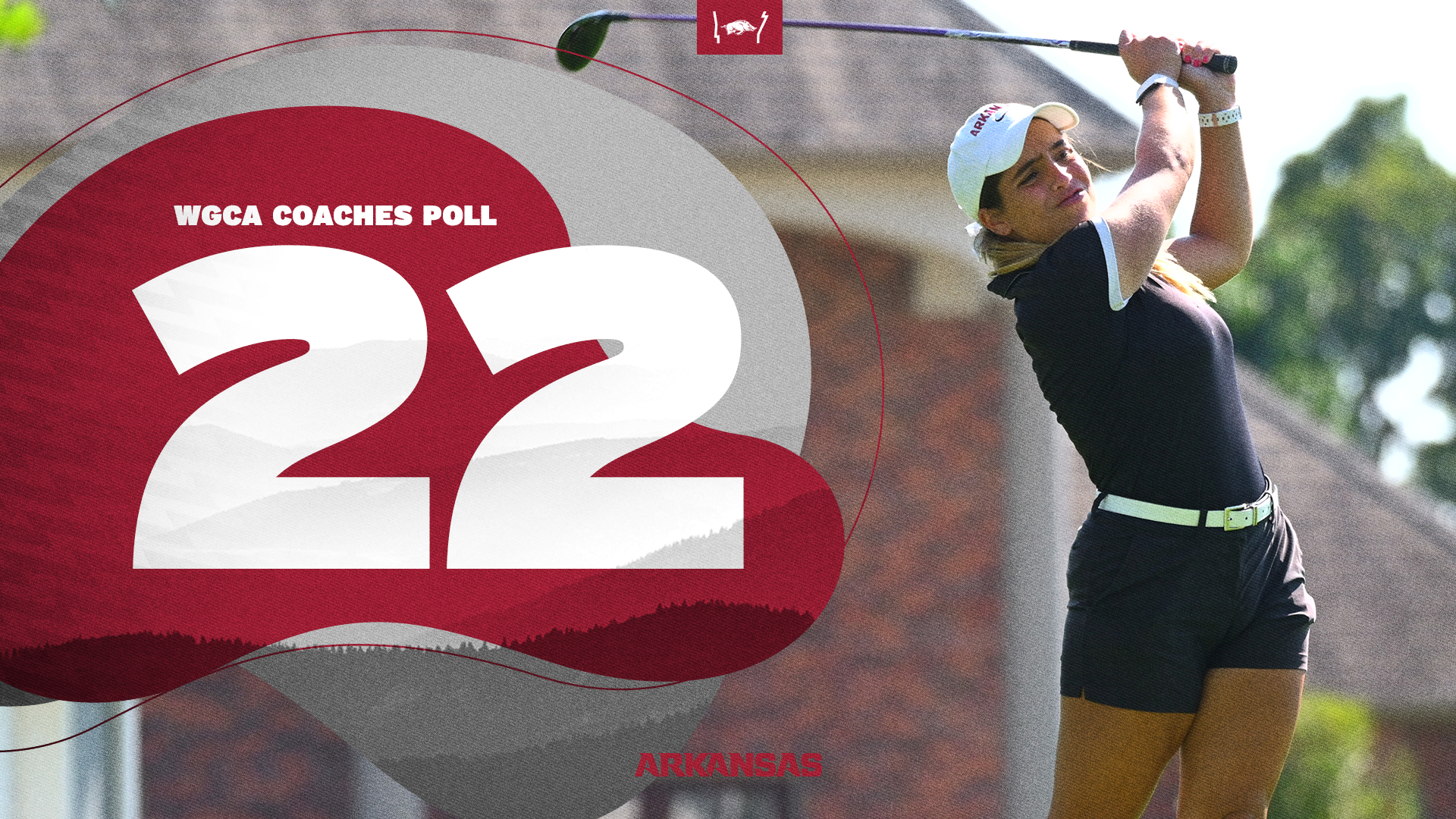 Amid the first round of the Carmel Cup in Pebble Beach, California, the Arkansas women’s golf team landed at No. 22 in the 2022-23 Preseason Mizuno Women’s Golf Coaches Association (WGCA) Coaches Poll. The Razorbacks received 140 total votes.

Arkansas women’s golf is coming off its 19th straight NCAA Regional appearance, 20th overall, as well as 11th NCAA Championship bid. The Razorbacks finished the year at No. 21 in the final WGCA Coaches Poll.

Reigning NCAA Champion Stanford, also in the Carmel Cup field, led the way at No. 1 in the poll with a unanimous 22 first-place votes. Arkansas is one of eight SEC schools who cracked the top 25, which is the most of any conference.

The team returns seven from the 2022 spring roster and has welcomed three newcomers. Leading the way is Kajal Mistry, who averaged a team-low 73.18 scoring average. She was a Golfweek All-America Honorable Mention and All-SEC First Team choice. Julia Gregg followed with a 73.94 average and 11 rounds at par or under, while Cory Lopez posted a 74.21 average and two top five finishes.

There are three new faces to the roster with UNLV transfer Kendall Todd and true freshman Reagan Zibilski, by way of Springfield, Missouri, making their college debuts in Pebble Beach this weekend. Meghan Royal, a freshman product out of Southern California, is the third Razorback newcomer.

The Hogs are currently in round one of the Carmel Cup, the team’s first tournament of the fall season. Round two will get going tomorrow morning, Sept. 3, with tournament action closing out on Sunday, Sept. 4 at the pristine Pebble Beach Golf Links.