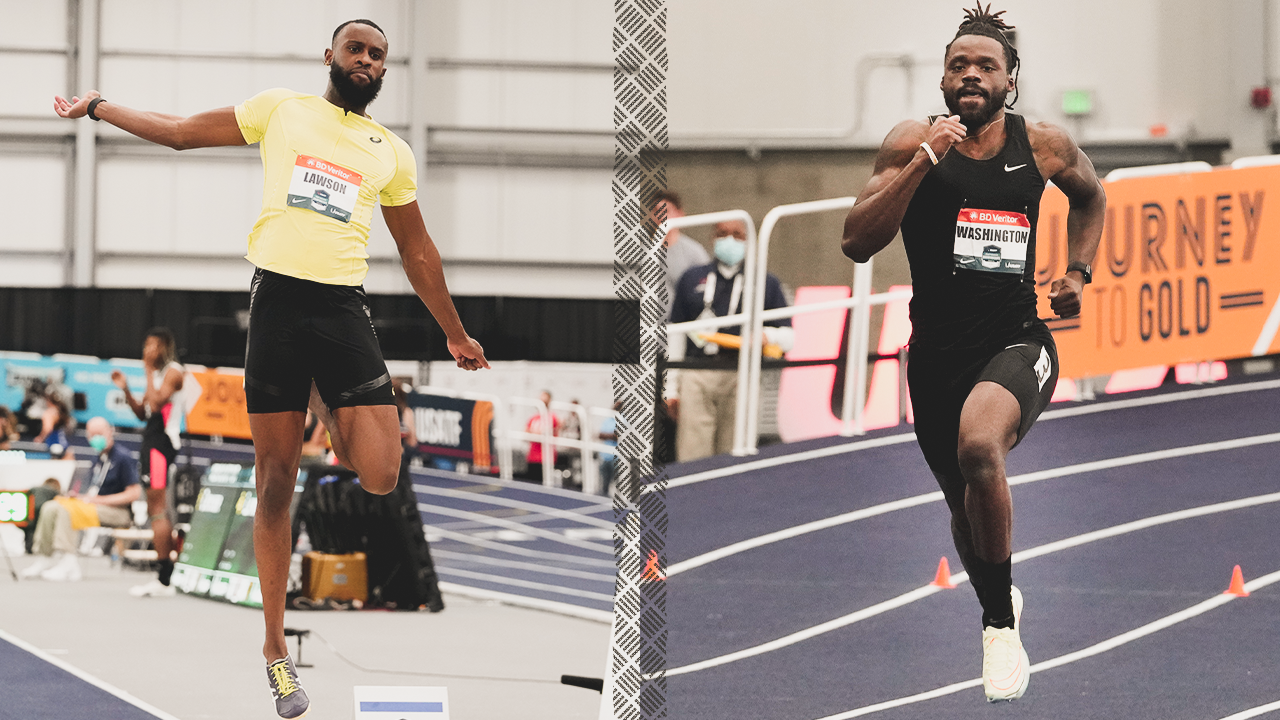 BELGRADE, Serbia – Eight athletes and a coach with ties to the Arkansas Razorback program will represent four countries this weekend in the World Athletics Indoor Championships, held from March 18-20 in Stark Arena.

Coverage of the World Indoor meet will be available through NBC, CNBC and Peacock. Live results and schedule will be available here: https://www.worldathletics.org/competitions/world-athletics-indoor-championships/belgrade22/timetable

Washington will race among a field of 29 sprinters representing 22 countries in the 400m. He has an indoor best of 45.24 and a season best of 46.15 that is equal eighth seed for this meet.

The shot put field of 19 athletes from 15 countries includes a pair of previous medalists in Tomas Stanek of Czech Republic, silver in 2018, and Filip Mihaljevic of Croatia, bronze in 2016. The second seed among the field with a mark of 71-10.75 (21.91) is Konrad Bukowiecki of Poland, who placed fourth in 2016.

Mota will be the first hurdler from Venezuela to compete at a World Indoor Championships. Three rounds of the event, which features 46 athletes from 38 countries, will be held on Saturday with a first round, semifinal and final.

This season Mota improved her national record of 8.14 in the 60m hurdles to 8.13 twice, and then 8.12. She currently ranks sixth on the Arkansas all-time list.

Morris, the U.S. champion in the pole vault this indoor season, was a gold medalist in the 2018 World Indoor and a silver medalist in 2016. Her 16-2.75 (4.95) victory in Birmingham established the Championship record.

Sutej enters the meet fresh off a recent career best of 15-9 (4.80), which improved her Slovenian national record and is also better than her outdoor best of 15-7.25 (4.76). In 2021, Sutej was a silver medalist at the European Indoor and placed fifth in the Tokyo Olympics.

Along with Morris and Sutej, American Katie Nageotte shares the top seed mark at 15-9, in which all three vaulters rank equal third on the 2022 world list. The next best entrant among the field of 13 vaulters is Angelica Moser of Switzerland at 15-3.5 (4.66). 2014 World Indoor champion Yarisley Silva of Cuba has a season best of 15-3 (4.65).