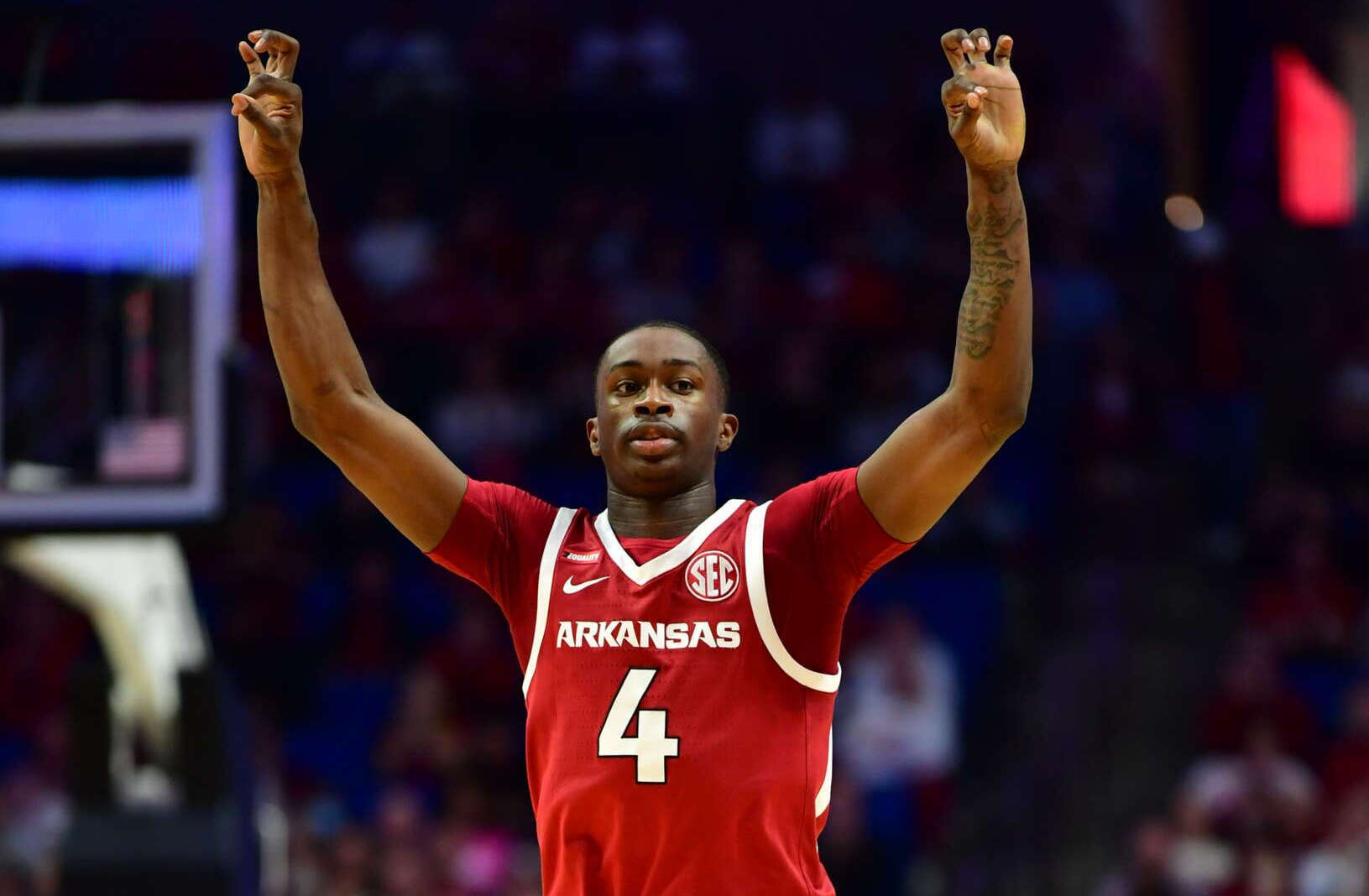 TULSA, Okla. – Arkansas trimmed a 15-point deficit to three with 9:55 to play but could not stop Oklahoma’s hot shooting from 3-point range as the Sooners pulled away late for an 88-66 victory at the BOK Center.

Arkansas made five straight free throws to make the score 57-54 midway through the second half. The teams went back-and-forth over the next minute and the Sooners led by four (61-57) with 8:57 left off a Davonte Davis jumper. Oklahoma then went on an 11-0 run, thanks to three consecutive 3-pointers and never looked back.

Davis led all scorers with a career-high 26 points, making a career-high four 3-pointers. In fact, Davis entered the game with just six career triples made (two last season and four this season).

The Sooners won the battle on the boards, 36-29, and had all five starters score in double figures. Elijah Harkless led the way with a double-double (22 points and 11 rebounds).

Arkansas returns to action next Saturday (Dec. 18) for its annual trip to North Little Rock’s Simmons Bank Arena. The Razorback will face Hofstra at 7 pm and the game will not be televised nor streamed.

GAME NOTES
• Arkansas’ starting lineup was Davonte Davis – JD Notae – Au’Diese Toney – Jaylin Williams – Connor Vanover for the tenth straight game.
• Arkansas won the tip.
• Oklahoma’s Jordan Goldwire scored the game’s first points at 19:16., a runner in the lane at 19:43. Arkansas’s first points came at 15:11 on a Davonte Davis 3-pointer.
• Chris Lykes was the first Razorback sub.
• This was the third time Arkansas trailed at halftime this season. The Hogs were down 8 versus Mercer in the season opener and down 4 to Cincinnati.
• Arkansas had its 17-game, regular-season win streak snapped. Ironically, the Razorbacks’ last regular-season loss also came in Oklahoma, a four-point loss in Stillwater versus Oklahoma State.
• Arkansas was good at the free throw line, going 17-of-18. Davis was a perfect 4-of-4.
• JD Notae scored 13 points. He is the only Razorback to score in double figures in all 10 games.