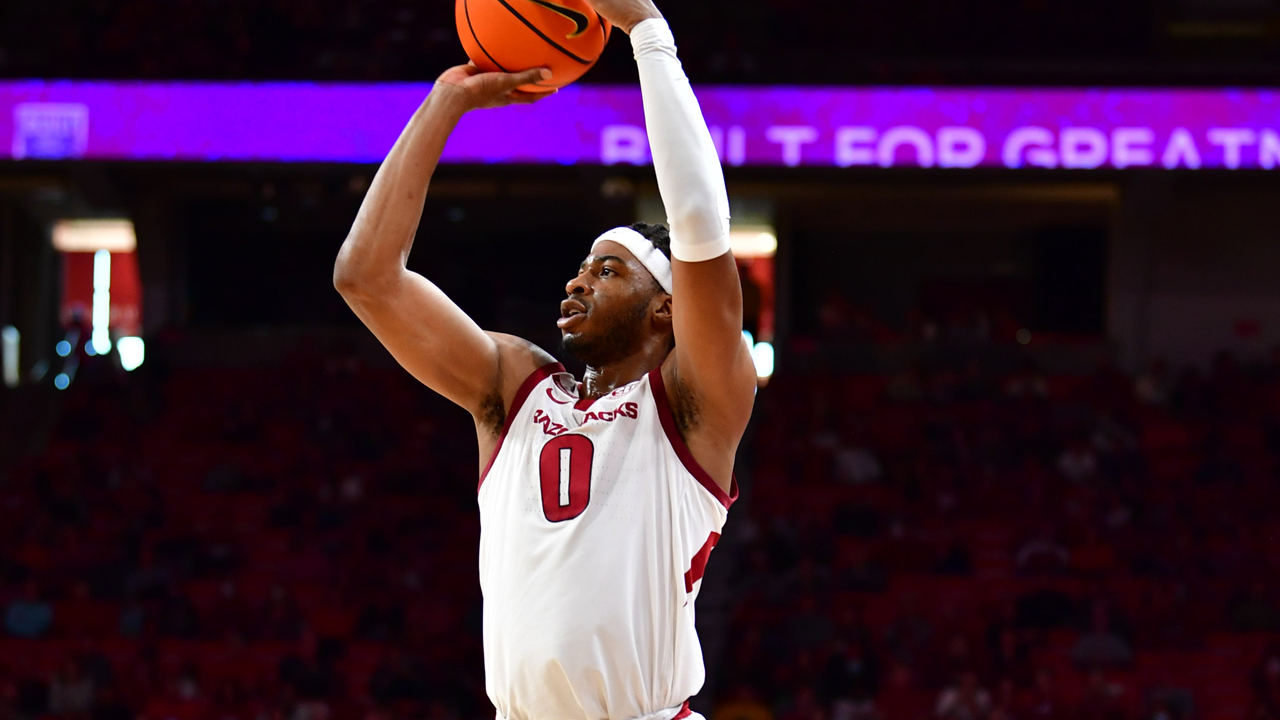 Notae was a rebound shy of a double-double, finishing with nine boards, while Umude pulled down seven rebounds. Notae also dished out five assists, as did Davonte Davis. Jaylin Williams, the 1 of 4 players in the NCAA 6-9 or taller to average over 4.0 assists per game, led Arkansas with six assists. Williams, the team’s leader in rebounds as well, tied Notae for high rebounds with nine.

Arkansas never had one of its patented runs but did open the second half by scoring the first seven points and had a 12-1 spurt out of the locker room. And, going back to the end of the first half, the Razorbacks held Penn without a field goal (making one free throw) for nearly six minutes (5:47). The dry spell started with 1:13 left in the first half went until 15:26 into the second half. Overall, Arkansas out-scored the Quakers 14-3 over the span to take a 20-point lead.

Clark Skajchert led Penn with 25 points while Max Mart had 13 of his team’s 28 rebounds.

Arkansas stays home to host Central Arkansas on Wednesday (Dec. 1). Tip-off is set for 7:00 pm and the game will be broadcast on the SEC Network Plus.