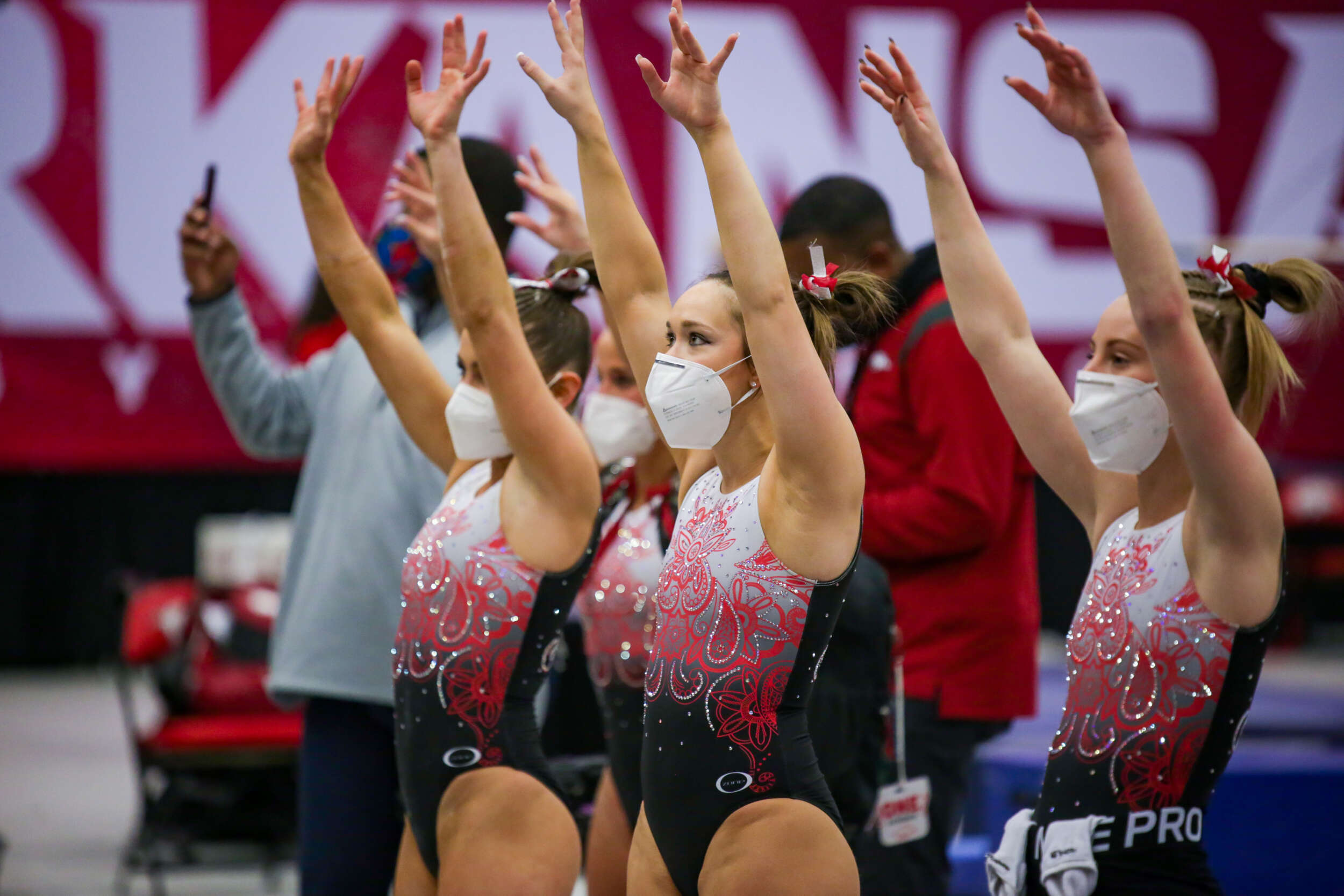 In addition to their performance on the competition floor, the Arkansas gymnastics program has had another solid showing in the classroom and 12 athletes have been named Women’s Collegiate Gymnastics Association Scholar All-Americans, the organization announced Wednesday.

It is the fourth consecutive year in which the program has had at least 10 Scholar All-Americans, and the second-best amount in program history with 12. The team has earned 37 total Scholar All-American honors in head coach Jordyn Wieber’s tenure, and never less than 12 in a season.

Arkansas’ team GPA for the year came in at 3.547, which ranks 50th among other NCAA programs. The Hogs came in third of the SEC teams in the rankings, with Kentucky at 39th and Alabama in 43rd. In Wieber’s time at Arkansas, the team’s GPA has never fallen below 3.5, has been ranked within the top 50 and as high as 33rd.