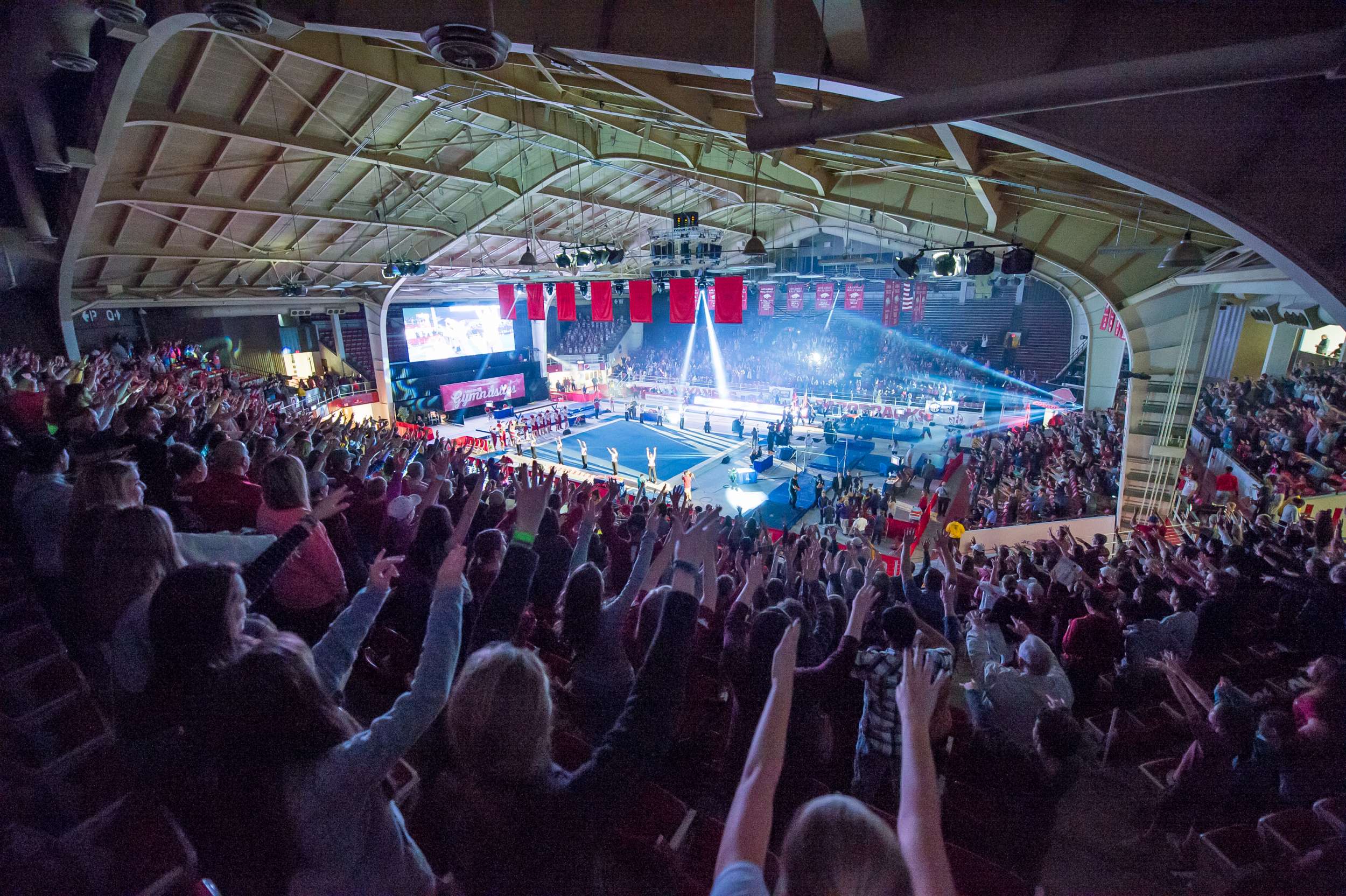 It will be the first season under the Olympic champion Wieber, who arrived in Fayetteville after three years working with UCLA after a decorated competitive career. The 2020 campaign marks the 18th season of Razorback gymnastics.

“I am so excited for the 2020 season and this new era of Razorback gymnastics,” Wieber said. “We have an incredibly strong schedule and with such a high level of competition, it is going to push us each-and-every week to get better during the regular season. We will be competing against some of the top teams in the nation and the Gymbacks are looking forward to stepping up to the challenge.

“We have a total of five home meets, so we encourage our fans to buy their season tickets early and join us in Barnhill for some exciting events.”

Arkansas opens the year at conference foe Florida on Friday, Jan. 10, making it the second time in three years the Razorbacks have begun the season with a SEC opponent.

The following weekend, Arkansas faces on Denver in its home opener at Barnhill Arena. It will be part of a two-meet weekend, as the Gymbacks will make a trip up to Norman to take on Oklahoma on Monday, Jan. 20, on Martin Luther King Day.

From there, Arkansas will compete every Friday night through the middle of March. During that stretch, the Razorbacks will host Kentucky (Jan. 24), Georgia (Feb. 7), Auburn (Feb. 21) and Penn State (March 13). In between each of the home competitions, Arkansas will travel to Missouri (Jan. 31), Alabama (Feb. 14), LSU (Feb. 28) and Texas Women’s University for a quad meet against the Pioneers, LSU and Centenary (March 6).

Every home meet will be held at 7 p.m., with each road contest slated for 7 p.m. local time other than Arkansas’ matchup with Oklahoma, which is set for a 1:30 p.m. start.

The 2020 SEC Gymnastics Championships will be held on Saturday, March 21, at Gwinnett Center Arena in Duluth, Georgia. The Gymbacks have produced fifth-place finishes in each of the last two years, winning their session in 2018 and recording the second-highest team score at the championship meet last season.

The Gymbacks return 11 from last year’s squad, including senior Hailey Garner and junior Sophia Carter, who both competed as individuals at last year’s NCAA Championships, while welcoming four freshmen.

Arkansas fans can get their first look at this year’s squad with the annual Meet the Gymbacks intrasquad event on Sunday, Dec. 8, at 2 p.m., in Barnhill Arena. The event will be free to the public.

Season tickets are now on sale starting at $25. Call (800) 982-4657 or visit arkansasrazorbacks.com for more details. For more information on Arkansas gymnastics, follow @RazorbackGym on Twitter.