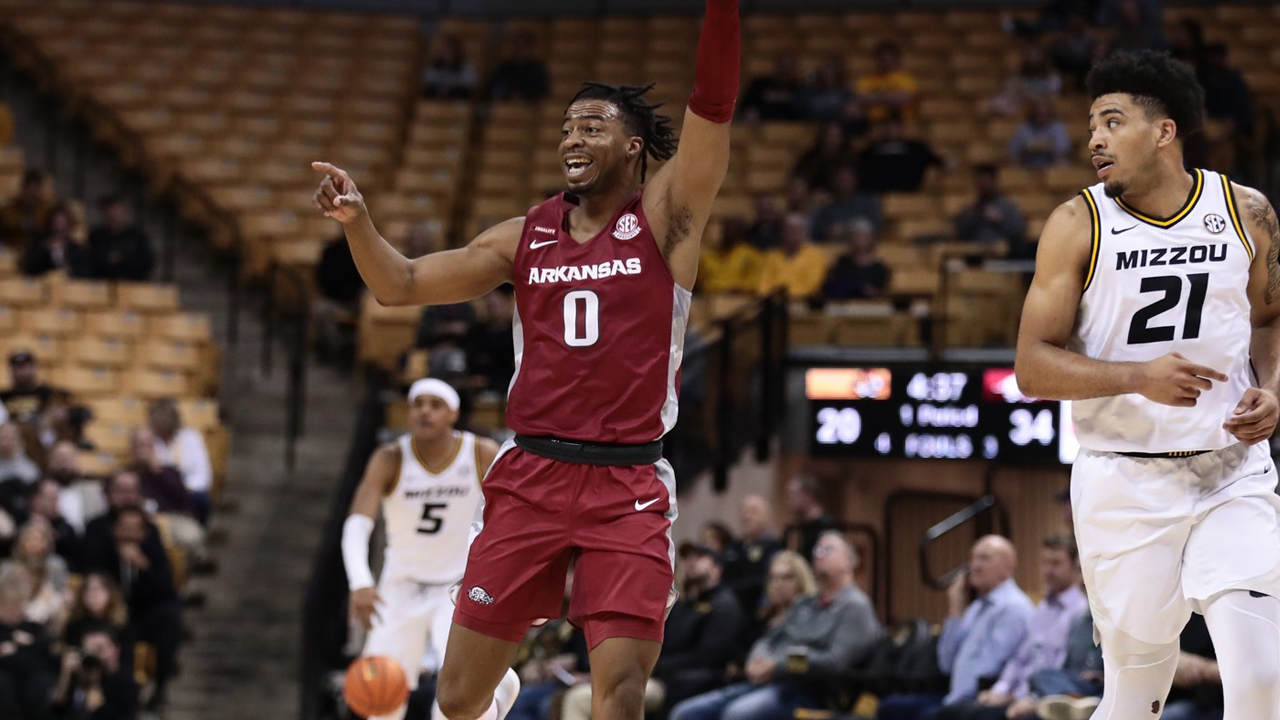 COLUMBIA, Mo. – Trey Wade and Jaylin Williams each had double-doubles to lead #23 Arkansas to a 76-57 victory at Missouri on Tuesday night at Mizzou Arena.

Wade finished with 12 points and 11 rebounds for his fourth career double-double (first as a Razorback) and Williams had 13 points and 11 boards for his eighth double-double on the year and eighth in his last 12 games). However, Arkansas was led by Stanley Umude’s 23 points, tying a career-high with six 3-pointers made (6-of-9).

The win was the 10th in the last 11 games and moves Arkansas to 20-6 on the year (9-4 SEC). Head coach Eric Musselman has won at least 20 games in each of his seven years as a collegiate head coach and Arkansas reached 20 wins for the 35th time in program history.

Arkansas led by 19 at the break – its largest lead ever in an SEC road game – and, while Missouri got to within 11 with 5:22 to play, Arkansas got back-to-back 3-pointers from JD Notae and Stanley Umude to put the Hogs up 17 for the eventual 19-point victory.

Overall, the 19-point win was Arkansas’ ninth-largest winning margin in an SEC road game ever with four of the nine coming in the Eric Musselman era.

Arkansas returns to Bud Walton Arena to host #13 Tennessee on Saturday (Feb. 19). Tipoff is set for 3:00 pm and the game will be televised on ESPN.