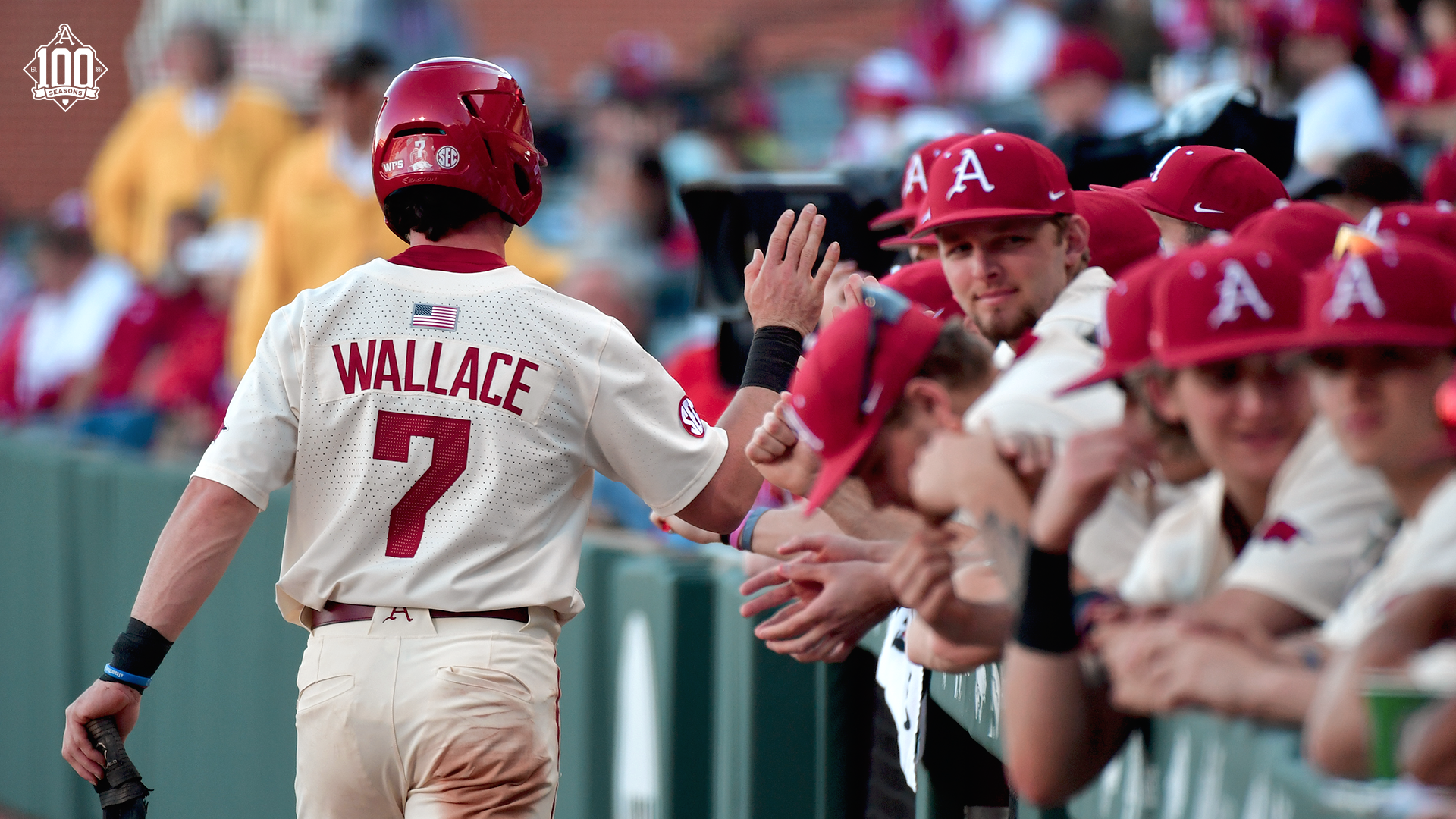 No. 3 Arkansas, winners of eight straight, hosts Kentucky for three games at Baum-Walker Stadium this weekend in the first conference series of the season. First pitch in the opener between the Hogs and Wildcats is set for 6:30 p.m. Friday, March 18, on SEC Network+.

Arkansas has won 10 straight SEC weekend series dating back to last season as well as eight consecutive SEC weekend series at home. Last year, the Razorbacks became only the second team since the SEC expanded to 30 games to win all 10 conference series en route to their first outright conference title since 1999.

Tune In
Arkansas’ entire SEC Opening Weekend series against Kentucky will stream on SEC Network+ with Brett Dolan (play-by-play) and Troy Eklund (analyst) on the call. Fans can catch all the action through the ESPN app on smartphones, computers and tablets or via Amazon Fire TV and Fire TV Stick, Apple TV, Chromecast, Roku, Xbox 360 and Xbox One.

The series can also be heard on the Razorback Sports Network from Learfield/IMG, including locally in Fayetteville on 92.1 FM. Nick Badders (play-by-play) has the call with Bubba Carpenter (analyst) in Friday’s series opener. A full list of radio affiliates is available here.

Series History
Arkansas owns a commanding 44-26 all-time series lead against SEC East foe Kentucky, having won the last five series since 2013 and 16 of the last 22 series since 1992. The Hogs are 26-13 against the Wildcats in the Dave Van Horn era, including 13-5 in games played at home.

The Razorbacks swept the Wildcats when the two programs last met at Baum-Walker Stadium during the 2018 season. Arkansas has won five of the last six series in Fayetteville, Ark. since 2004.