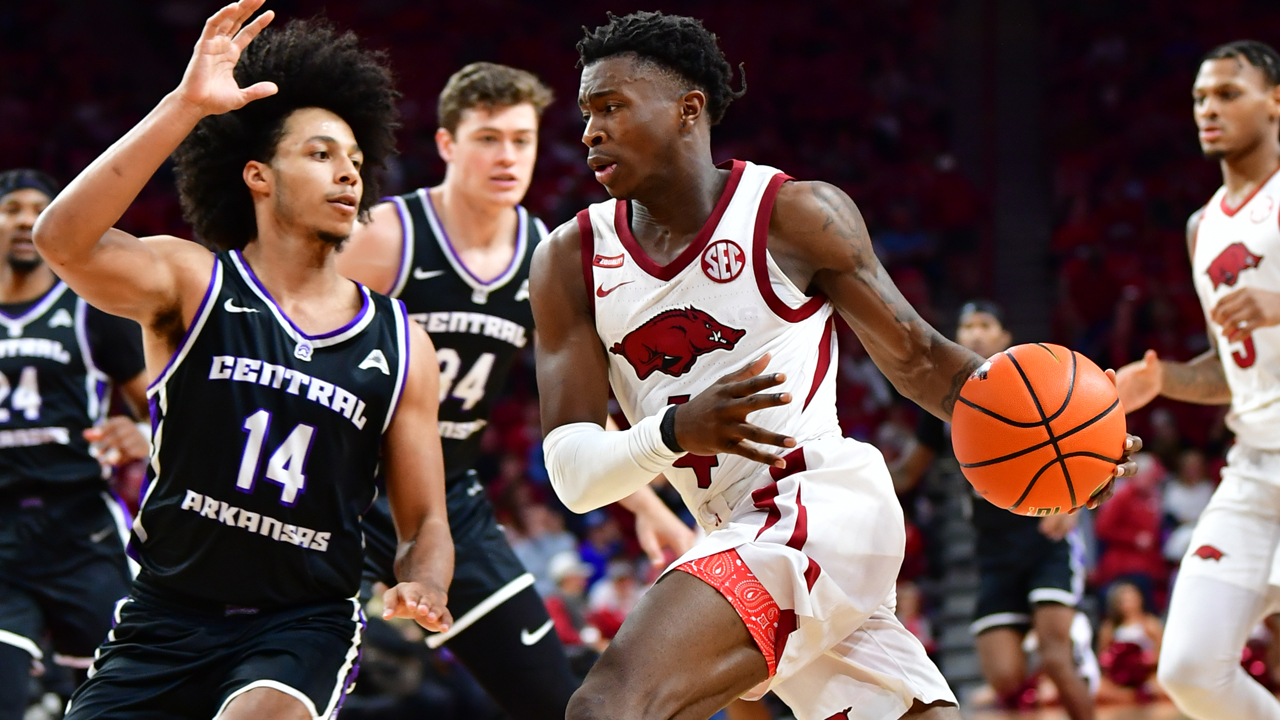 Arkansas improves to 7-0 overall and is 8-0 all-time versus the Bears.

Jaylin Williams had a career-high 13 rebounds (11 defensive) and four Razorbacks scored in double figures, including a game-high 17 points from Stanley Umude off the bench, 16 points each from Davonte Davis and Au’Diese Toney, and 10 points from JD Notae.

Umude added eight rebounds and Toney was 6-of-6 from the field in the second half, scoring 14 of his 16 points in the period.

Highlights in the second half include:

For the second straight game, Arkansas will host an in-state opponent when Little Rock comes to Bud Walton Arena this Saturday (Dec. 4). Tip-off is set for 3:00 pm and the game will be broadcast on the SEC Network.