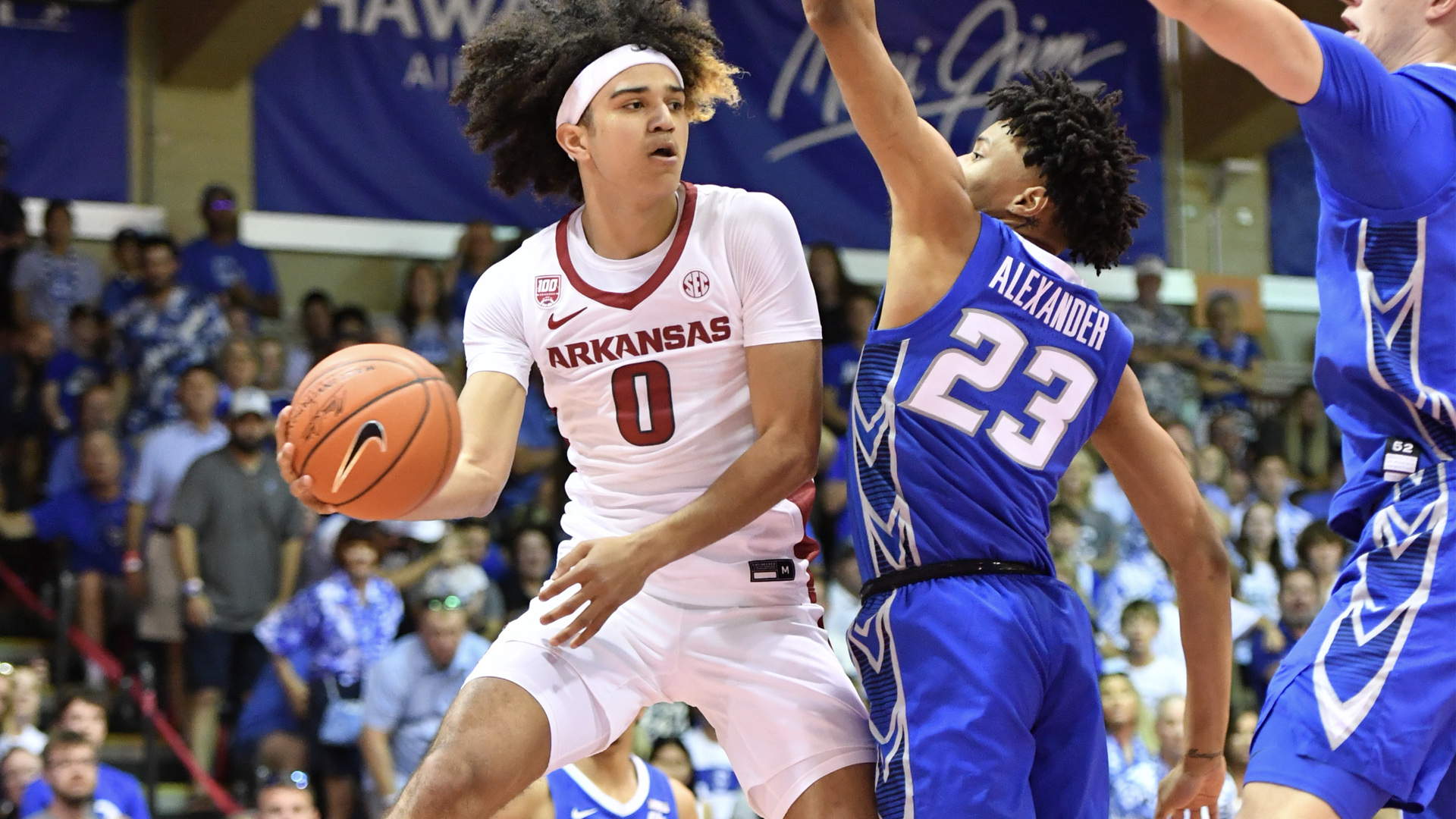 LAHAINA, Hawaii – The ninth-ranked Arkansas Razorbacks made a furious comeback attempt but fell just short to #10/8 Creighton in the semifinals of the Maui Jim Maui Invitational Tuesday afternoon.

For the second straight game, Anthony Black scored a game-best 26 points while leading the team with six rebounds and six assists while Ricky Council IV pumped in 24 and Trevon Brazile had 17 off the bench.

Creighton was in control through most of the first half, leading by 12 with 1:43 left. Arkansas ended the half on a 6-0 run and rode that momentum to start the second half.

The Razorbacks began the second period on a 12-5 run, thanks to a highlight-reel Council dunk and a Council 3-pointer to give Arkansas its first lead of the game, 46-45 with 16:14 left. From that point, the game featured 10 ties and nine lead changes.

Brazile hit a pair of 3-pointers late, one to give Arkansas a 64-63 lead and one to tie the game 79-79. The last tie, 81-81, came when Jordan Walsh made a pair of free throws with 1:32 left. The Hogs got to within one twice inside the final 20 seconds. Davonte Davis sank two free throws with 18 ticks left to make the score 85-84 and Black drained a 3-pointer with seven seconds left to make the score 88-87.

Creighton’s Trey Alexander made two free throws with 1.9 seconds left to put the Blue Jays up three and Arkansas’ half-court attempt at the buzzer came up empty.

Arkansas will face the loser of Arizona-San Diego State in the 3rd-place game on Wednesday. Tipoff is set or 5 pm (HT) / 9 pm (CT) and the game will be televised on ESPN2.